Tale summary
Il cacciucco ( the word with 5 C) is a typical dish of livornese cooking. It is a poor dish because it is made with reject of fish. This is the story of the name Cacciucco. Once upon a time … in 1600 there was Ahmet, a child, who lived with his parents in a small town in Turkey. His father was a fisherman and he brought Ahmet on boat. Ahmet dreamed to go to the other shore and one day the father brought his child to sell fishes, he was very happy. Ahmet liked to stay at the tavern of his mother, who was a skillful cook and she cooked “balik çorbası”, a special soup made with little fishes, that her child loved. Ahmet became a young man and he met Ozgur, a rich merchant who went to Livorno, a multiethnic city. So also Ahmet went to Livorno and he opened his “taverna da Ahmet”, his typical dish was “balık çorbası”. Ahmet bought little fishes, “küçük balik” (the pronunciation is KUCIUK) and so the fishermen of Livorno gave him a nickname: Cacciucco, this name was given also to his soup. Ahmet married Corinna and they had an tavern in the district of Venezia, where a lot of Livorno’s citizien went to eat the famous “Cacciucco”. In 1891 Pellegrino Artusi described for the first time the recipe of “Cacciucco”: different kinds of fish, onion, garlic, capers, vinegar, sage and chilipepper.
Educational potential / Learning Outcomes
Encourages intercultural education
Develops and enhances the knowledge of one's cultural and social origins.
Develops and enhances the sense of belonging to a community
Deepens the knowledge of the uses and customs of a people

Full Plot
All of us, young and old, have heard at least once in our homes or at the
restaurant the word HUNTING, the word from 5 C! Because 5 are in fact the letters C
that we find inside it.
(You can write the word on the blackboard and even if the children do not know how to read we can
show the C's and count them with them).
Let's count them together.
But what is cacciucco?
Cacciucco is a typical dish of Leghorn cuisine, a dish called "poor" because
made with the discards of the catch that remained unsold at the market or with what was left over.
had in the house or with what the sea had to offer.
But what is the LAW of the name CACCIUCCO? Let's find out together!
Once upon a time......how do all stories begin and so this one too.....
Many years ago (we are around 1600), a child named Ahmet who lived with the
in a quiet village in Turkey. His father was a fisherman and since
Ahmet often took with him on a boat. The little one liked him so much and dreamed
always that he could cross the bay, which seemed to him like an immense sea.
Looking at the other shore of the sea Ahmet saw the coasts of a small town that
seemed to him very far away, a bit like for us to see the island of Elba or the Gorgona in the
cloudless days on the horizon and
he would often ask his father if it was the end of the world. Finally came the day that
dreamed: his father agreed to take him with him to that village to sell the fish
of the day. Ahmet was on the seventh heaven for happiness, he felt like one of the great
who he had often heard the stories about.
Ahmet, in addition to going by boat, really liked to be in his mother's tavern.
Mirjam, because she tasted the dishes that she prepared and at the same time listened to the
of the sailors who frequented the tavern.
Mirjam was a very good cook and prepared a special "balik çorbası", that is to say a
fish soup cooked with fish of the day that her husband couldn't sell,
almost always small, because less in demand and Ahmet liked so much those
small fish that mommy could cook in a tasty way. Became a young man
more and more often he went alone to sell the catch and met Özgür, a rich man of
merchant who often made trips to the free port of Livorno to sell and buy
goods.
Özgür recounted how the population of Livorno was very similar to the inhabitants of its
village and that Livorno was a multi-ethnic city and welcoming towards foreigners of
any origin or religion. Ahmet soon discovered that this was not the only one
characteristic of Livorno, but realized that the Leghorn were not and, I would say, are not
second to none when it comes to sitting at the table. So, he immediately set to work and
inaugurated his tavern "da Ahmet" where the main dish, needless to say, was the "balık".
çorbası", the fish soup that he prepared like his mother did and not having
a lot of the money was buying only small fish that were left unsold on the fishing grounds.

Ahmet used to say "küçük balik" to those who tried to sell them large fish (small fish from
pronuciare KUCIUK), repeating several times küçük, reinforced with the gesture of the two indices that
and the size of the car was indicated. That's why the fishermen, with the typical labronic irony,
they nicknamed our Ahmet "Cooch". Since the name liked and was easy
to remember, that nickname went by
to his soup soon.
Ahmet then got married to a certain Corinna and transformed his tavern into a true and
The restaurant was moved to the Venice district, where Leghorn people queued up for the
to enjoy his "Cooch."
One Lesson Plan
Reading of the story "The 5 C cacciucco"
Listening to the sound of sea waves:
https://www.youtube.com/watch?v=Gwe0Z_HOsdA&t=76s
Viewing photos of storytelling locations and cacciucco fish
Catalogue view "The Wi-Fi Object. Three artists comparing reuse and postmodernism",
Beppe Chiesa, Paolo Marzullo and Stefano Pilato
Observation and visual analysis of the works of the artist Paolo Marzullo kindly lent to
chance
Creation of a simple work of art with recycled material supplied directly by the artist Marzullo
Search for "rejected" and "discarded" material to give it a new use-reuse
Assembling of "rejected" elements of different nature and collage activities for the creation of the
re-sniffed" fish as "re-sniffed" were most of the pieces of the small fish used to make the
famous fish soup.
Pictorial activity (the dish of cacciucco)
mask creation LE SEPPIE (cropping and collage)
Dance of the SEPPIE
Graphic reworking of your favourite fish 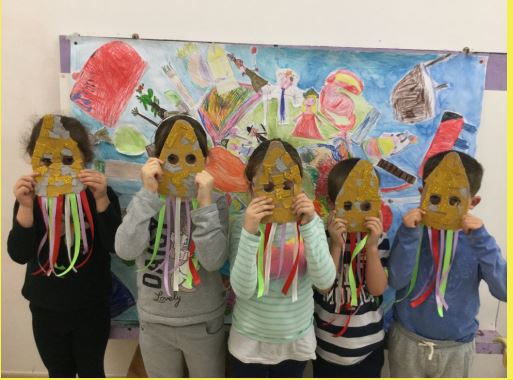 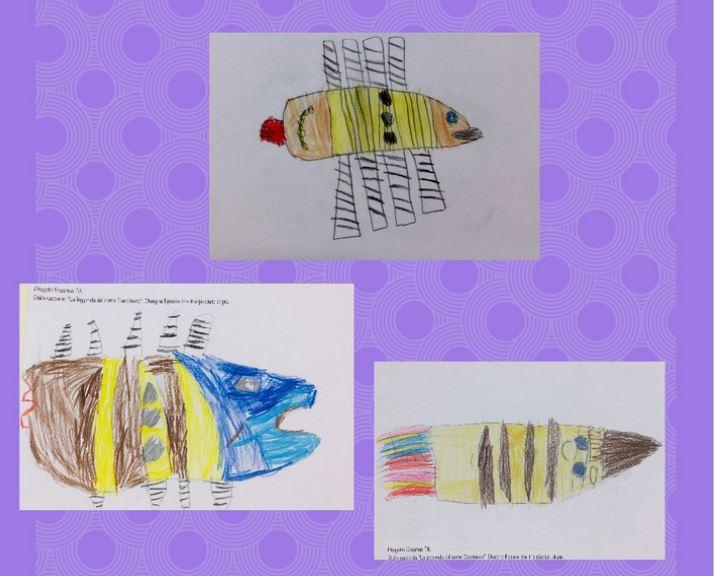 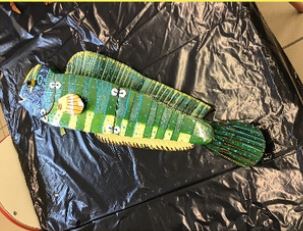 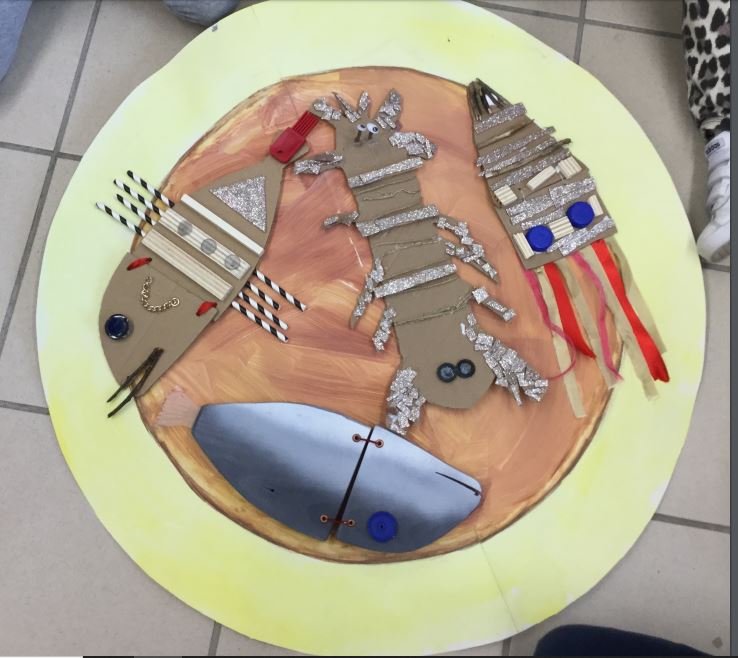 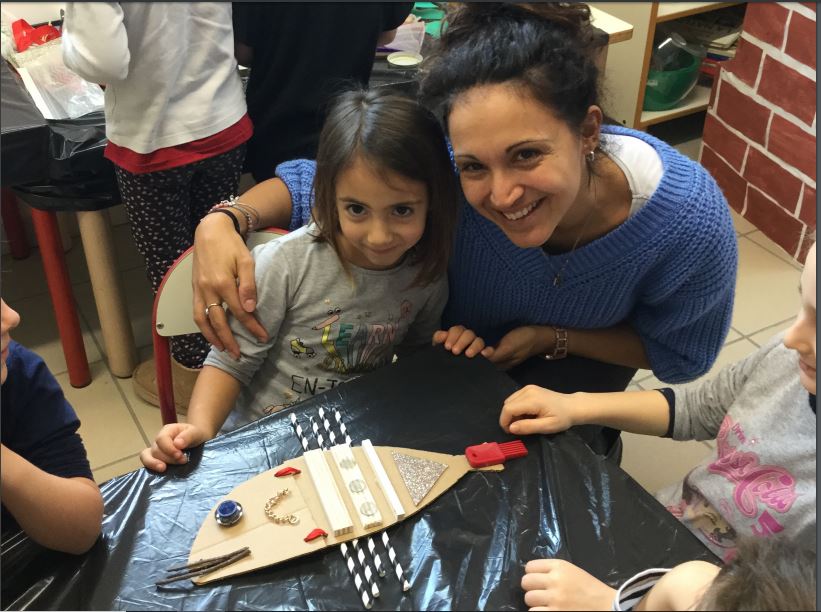 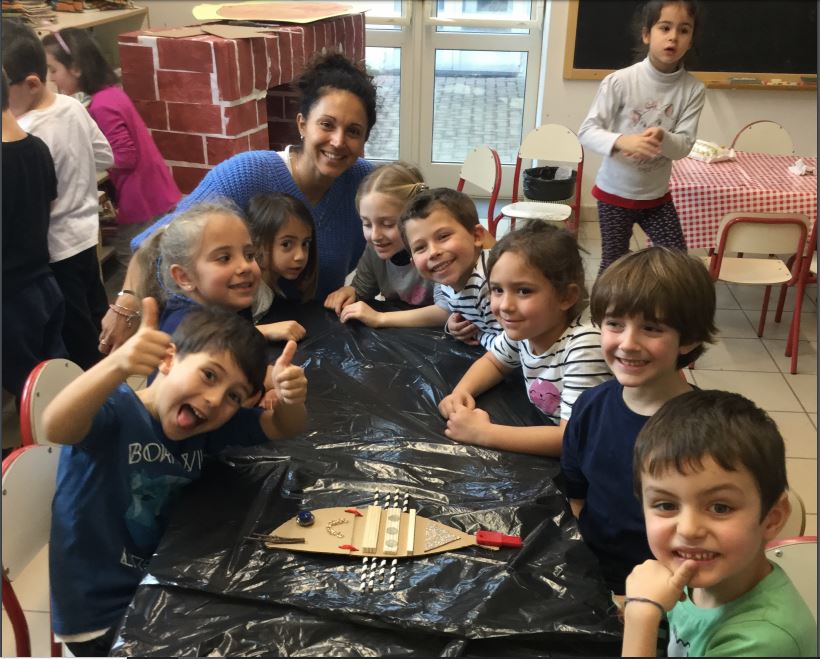 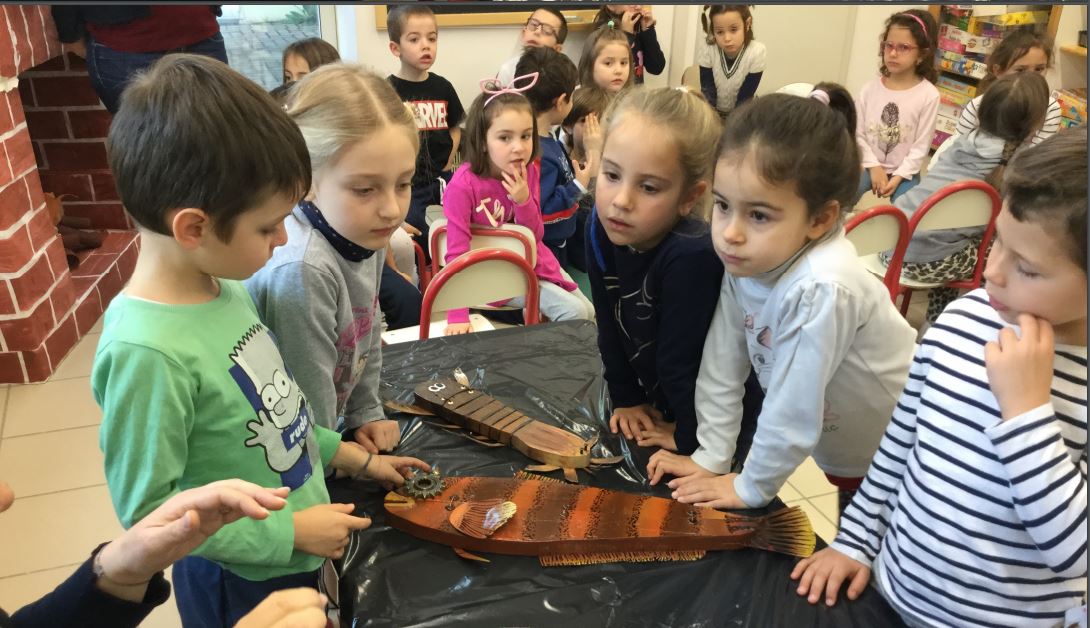 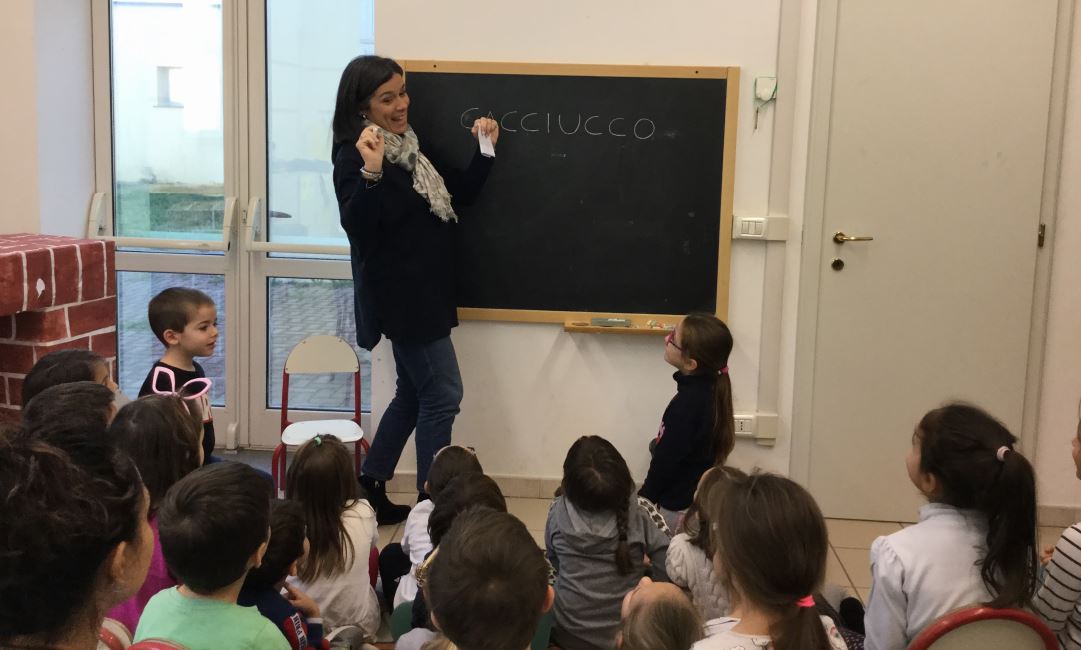 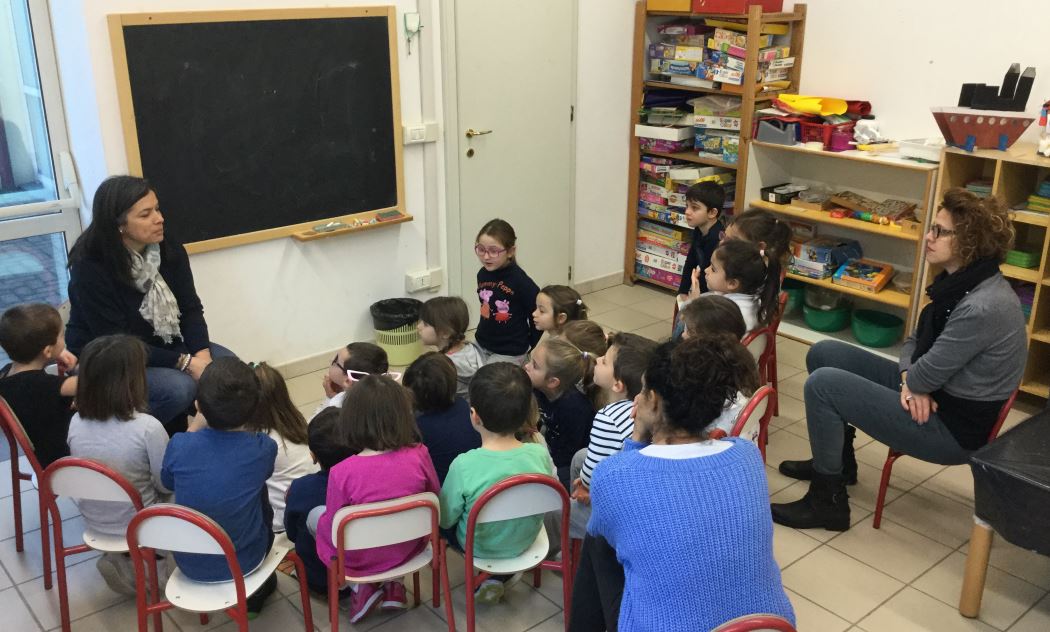