Tale summary
One day a duck hatched ducklings. One hatched later and was not so beautiful. Other day the duck brought her ducklings to the yard of birds but everybody made a mockery of that little ugly duckling. He could not stand the bullying and he run away. He lived near the woods and one day after spending a lot of time alone he ran into the flock of swans with believing that they will hurt him because he is not so beautiful. But he was surprised when he saw his reflection in the lake that himself became a beautiful swan.
Educational potential / Learning Outcomes
The fairy tale can be used as prevention of bullying.
Full Plot
It is a beautiful summer day. The wheat fields were golden, the oats were green, and down among the green meadows the hay was stacked. Round about the field and meadow lands rose vast forests, in which deep lakes lay hidden.
The sun shines warmly on an old house near a river. Behind the house a young mother duck is sitting on ten eggs. She was becoming somewhat weary, because sitting is such a dull business and scarcely anyone came to see her. The other ducks would much rather swim in the moat than waddle out and squat under the burdock leaf to gossip with her.

But at last the eggshells began to crack, one after another. "Peep, peep!" said the little things, as they came to life and poked out their heads.
"Quack, quack!" said the duck, and quick as quick can be they all waddled out to have a look at the green world under the leaves. Their mother let them look as much as they pleased, because green is good for the eyes.
"How wide the world is," said all the young ducks, for they certainly had much more room now than they had when they were in their eggshells.
"Do you think this is the whole world?" their mother asked. "Why it extends on and on, clear across to the other side of the garden and right on into the parson's field, though that is further than I have ever been. I do hope you are all hatched," she said as she got up. "No, not quite all. The biggest egg still lies here. How much longer is this going to take? I am really rather tired of it all," she said, but she settled back on her nest.

"Well, how goes it?" asked an old duck who came to pay her a call.
"It takes a long time with that one egg," said the duck on the nest.
"It's a turkey egg, and you can take my word for it. I was fooled like that once myself. What trouble and care I had with those turkey children, for I may as well tell you, they are afraid of the water. I simply could not get them into it. I quacked and snapped at them, but it wasn't a bit of use. Let me see the egg. Certainly, it's a turkey egg. Let it lie, and go teach your other children to swim."
"Oh, I'll sit a little longer. I've been at it so long already that I may as well sit here half the summer."
"Suit yourself," said the old duck, and away she waddled.

At last the big egg did crack. "Peep," said the young one, and out he tumbled, but he was so big and ugly.
The duck took a look at him. "That's a frightfully big duckling," she said. "He doesn't look the least like the others. Can he really be a turkey baby? Well, well! I'll soon find out. Into the water he shall go, even if I have to shove him in myself."

Next day the weather was perfectly splendid, and the sun shone down on all the green burdock leaves. The mother duck led her whole family down to the moat. Splash! she took to the water. "Quack, quack," said she, and one duckling after another plunged in. The water went over their heads, but they came up in a flash, and floated to perfection. Their legs worked automatically, and they were all there in the water. Even the big, ugly gray one was swimming along.
They all swim and play together. The ugly duckling swims better than all the other ducklings.
- Quack, quack! Come with me to the farm yard! - says mother duck to her baby ducks and they all follow her there.

The farm yard is very noisy. The poor duckling is so unhappy there. The hens peck him, the rooster flies at him, the ducks bite him, the farmer kicks him.

Now it is winter. Everything is white with snow. The river is covered with ice. The ugly duckling is very cold and unhappy.

Spring comes once again. The sun shines warmly. Everything is fresh and green.

7. Children are playing the fairy tale "The Ugly Duckling" 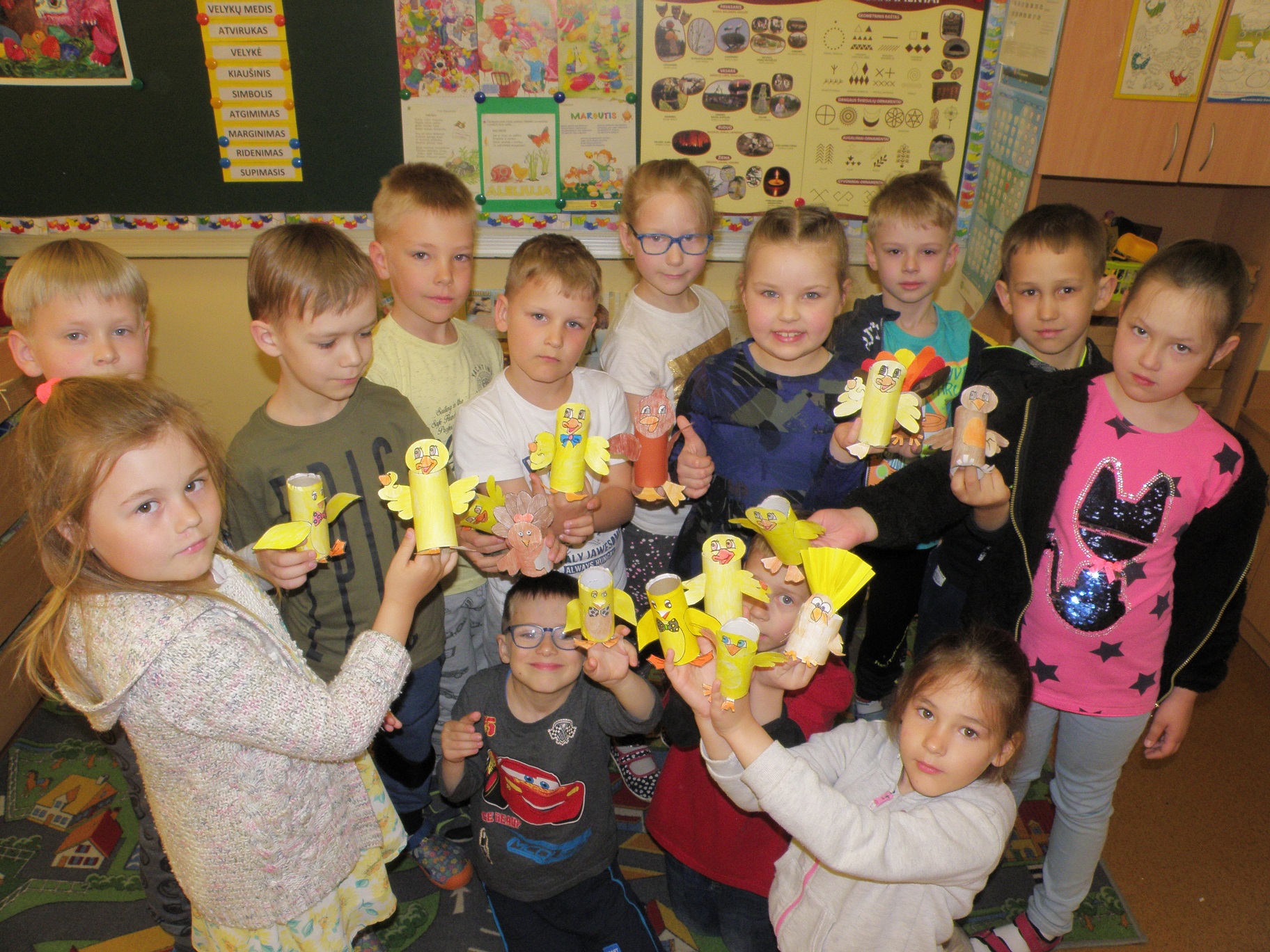 6. Characters of the fairy tale 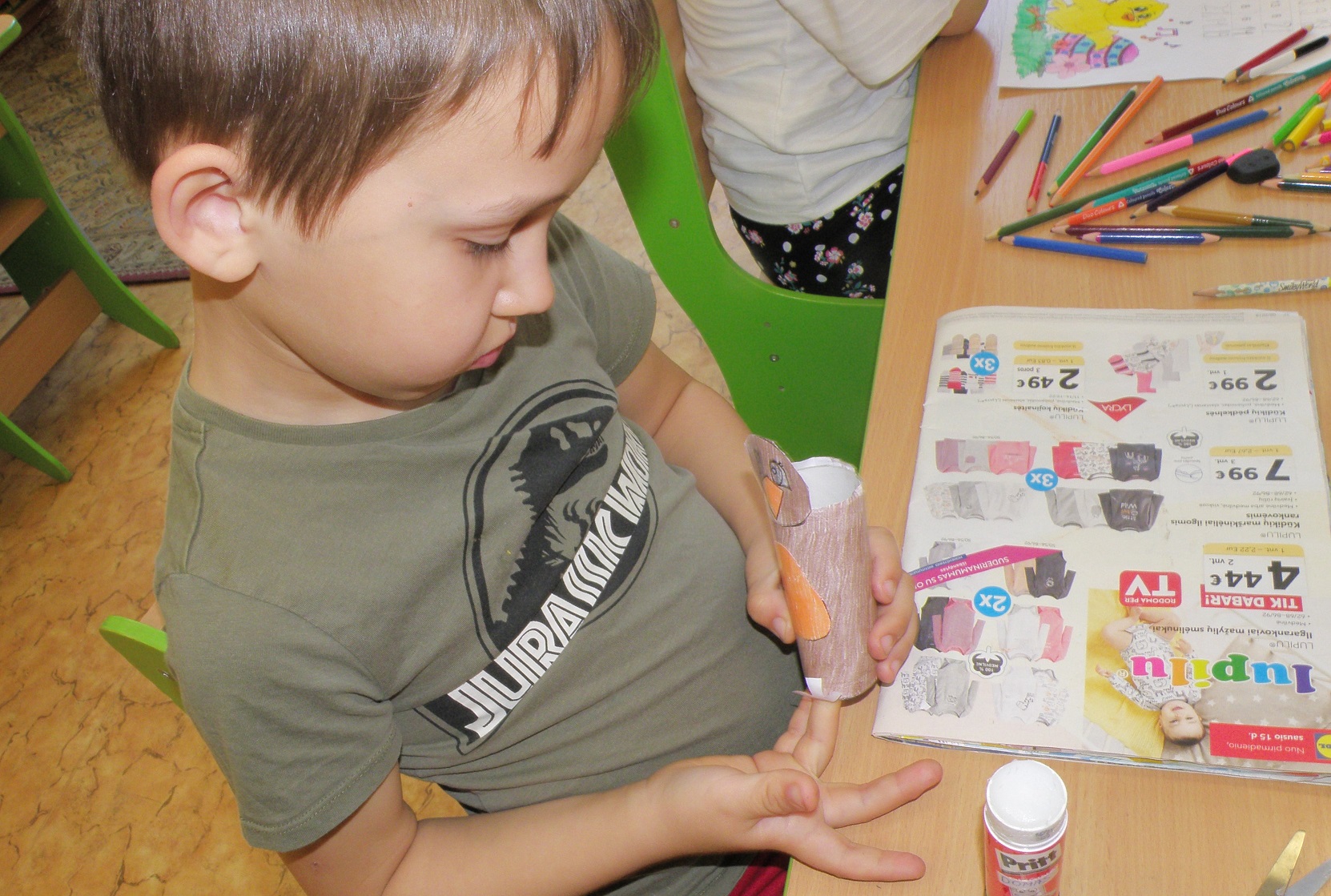 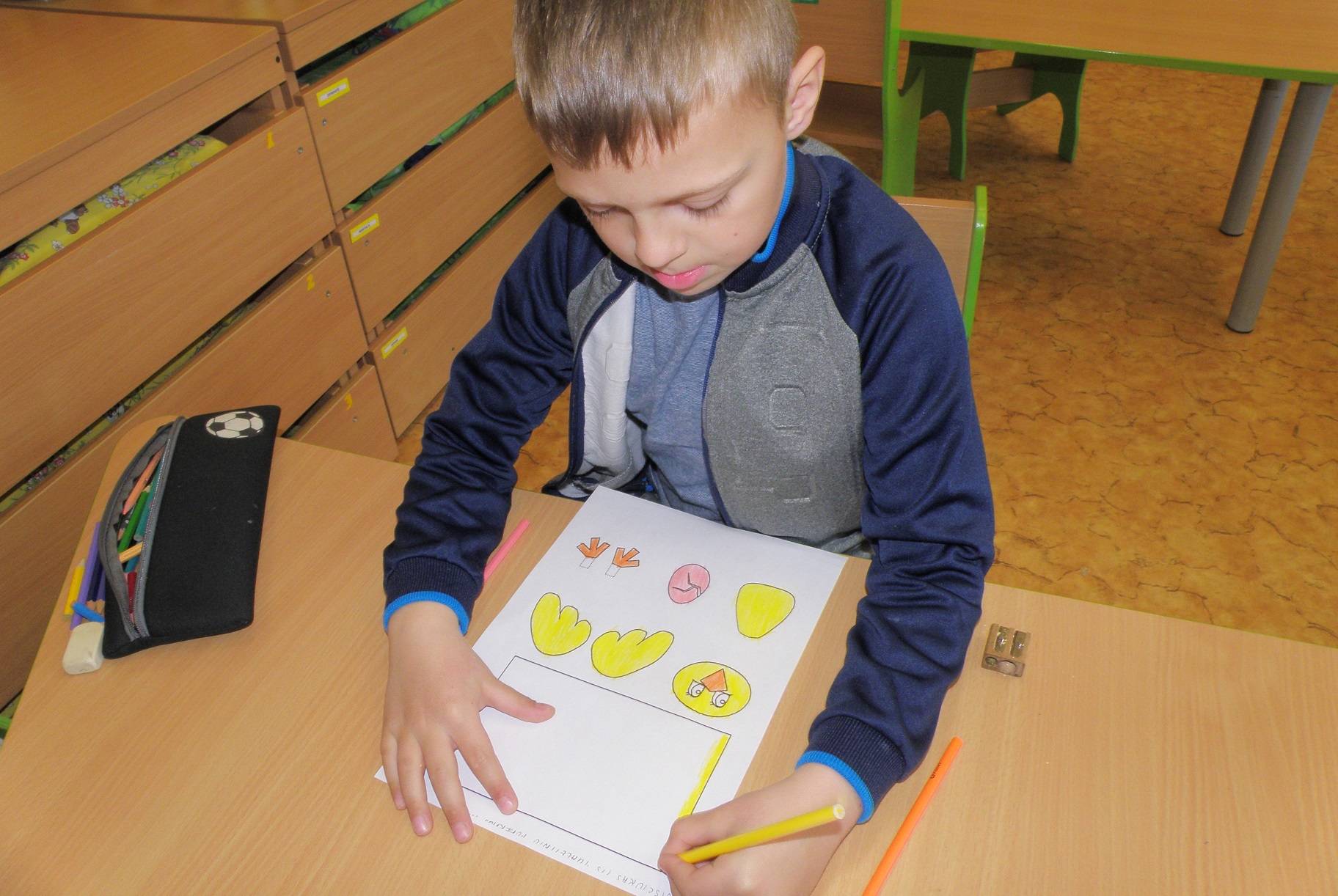 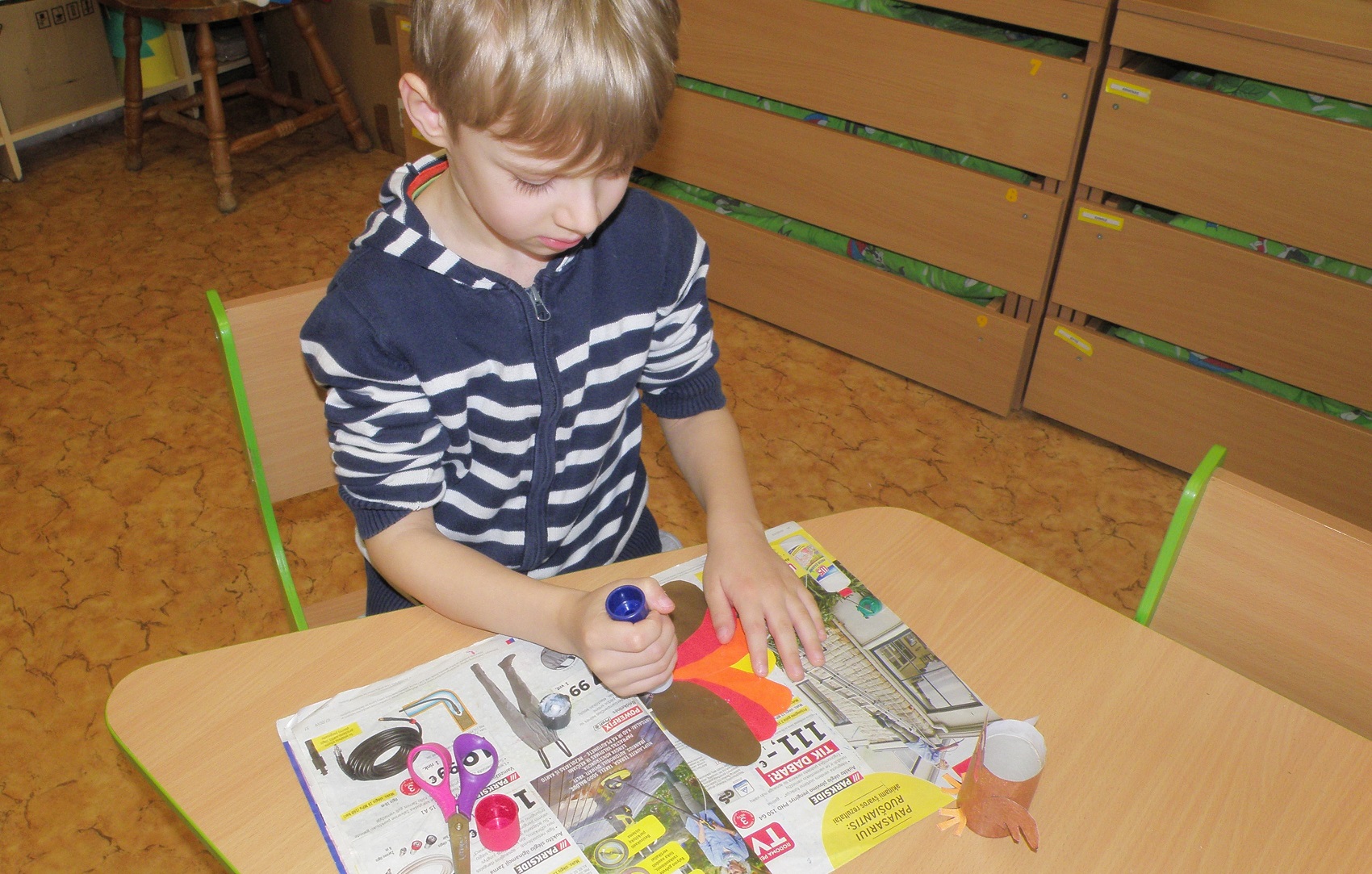 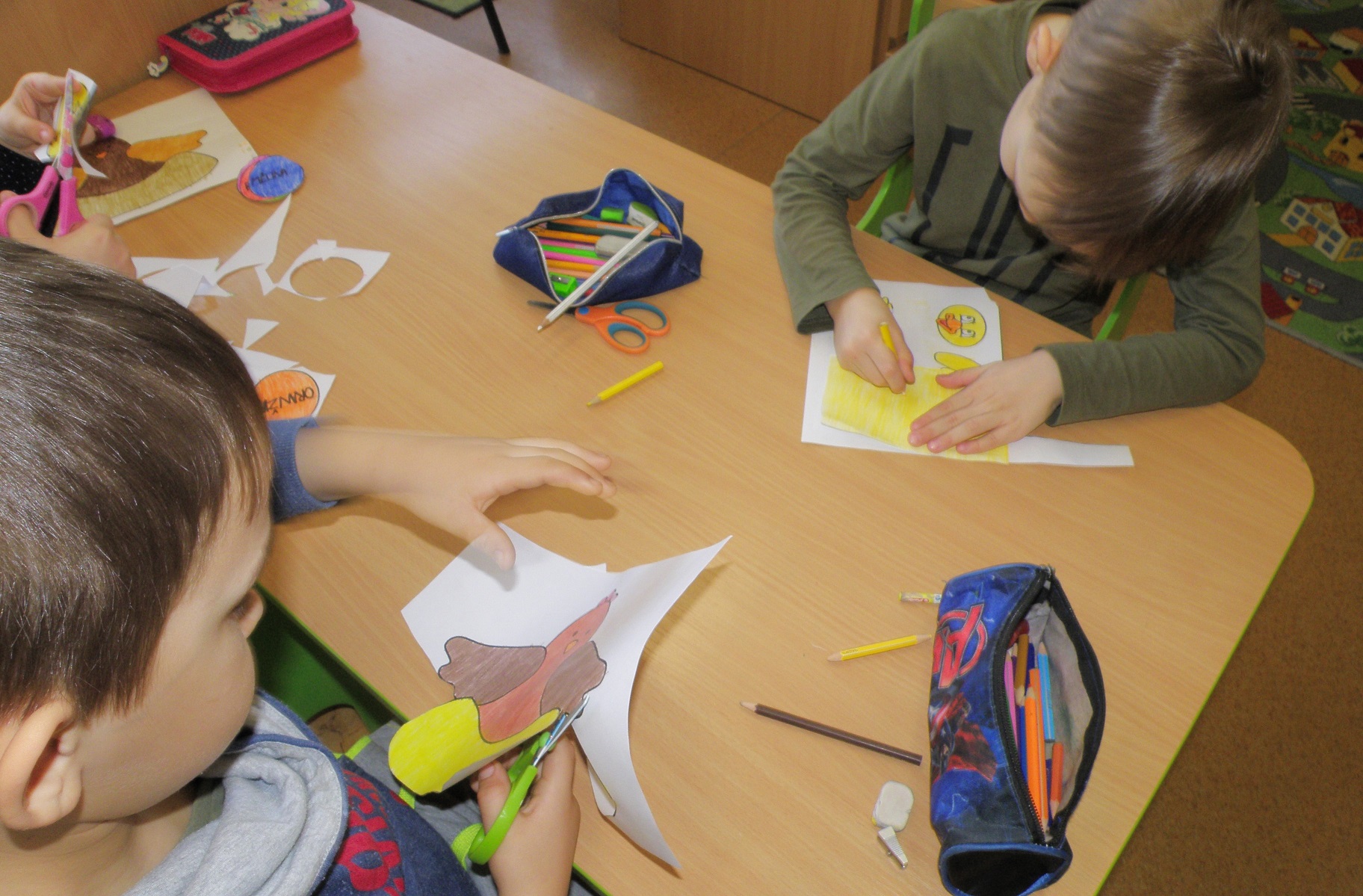 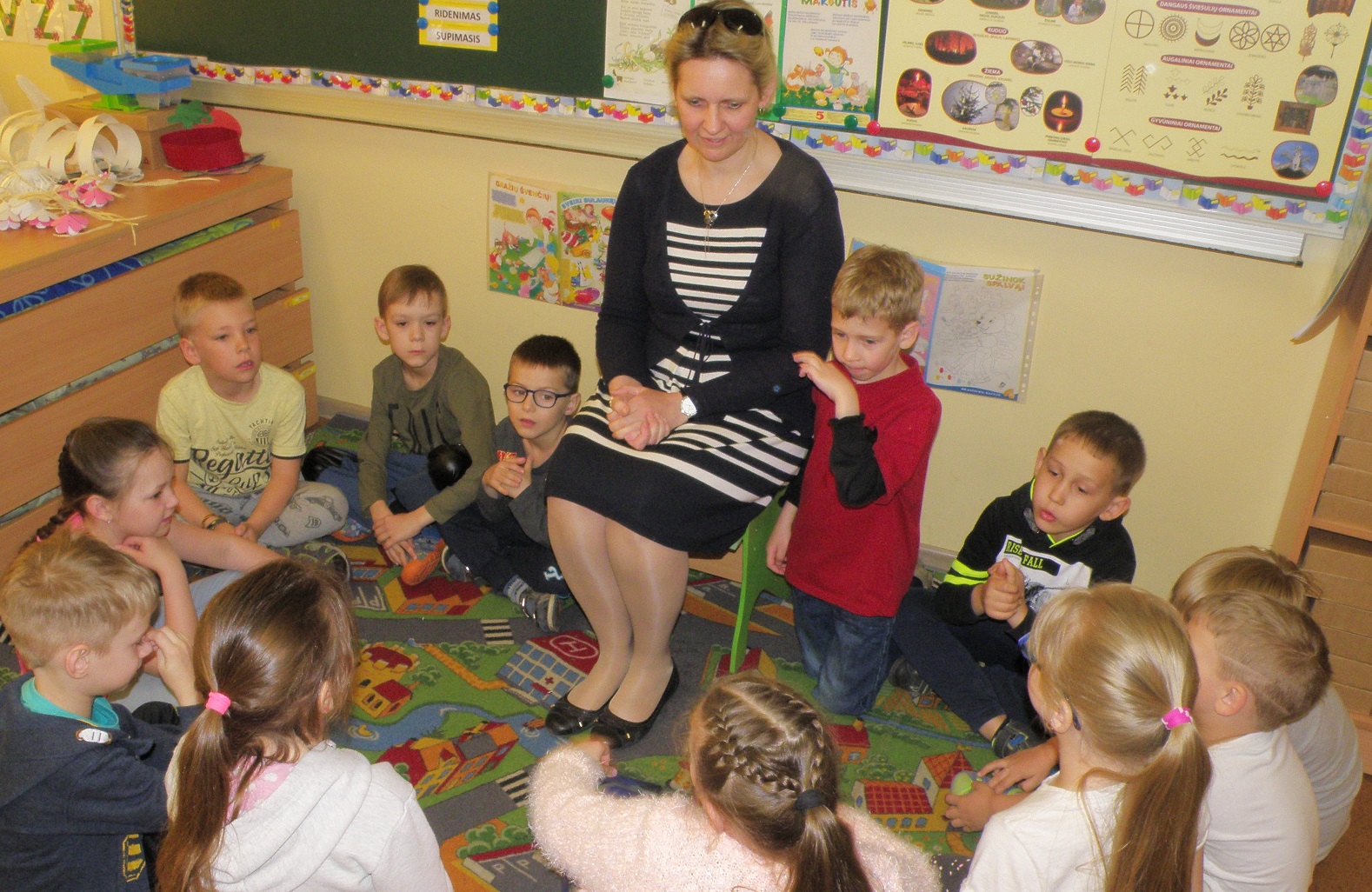 1. The fairy tale told by one of the group child's mother