Tale summary
It is said that once upon a time there lived a sorcerer named Bucur. He had a magic whistle that, upon playing, would draw unsuspecting girls to the sorcerer’s cave. He instilled fear in everyone, except a proud girl named Ialomița, who claimed that, on the off chance that the sorcerer had charmed her too, she would still be able to escape from the cave. That is precisely what happened and, one day, despite the warnings of the witnesses, she followed the sorcerer who was playing his flute once again. In trying to escape, Ialomița prayed to be turned into a bird, a flower, a fish, a deer and a river, while Bucur turned into a stallion, an eagle, a butterfly, a fishing rod, a hunter and a rock. After the last metamorphosis of the two, the magic whistle fell and was shattered, denying any chance of the two returning to their normal form. The cave then got the name of the girl – the cave of Ialomița.
Educational potential / Learning Outcomes
General Competence: Express oral messages in various communicative situations.

Goal: Be familiar with the story’s characters and unfolding of the plot; consolidate creativity and improve oral expression; enhance specific movement skills which correspond to various actions in the story.

Full Plot
As you go up a mountain track in Bucegi Mountains, you come to a huge cave with a big rock in front of it. Some say that the cave has no end and that once, a man went into the cave and he never returned.
This cave was once the home of a fearsome sorcerer named Bucur, who is said to have an enchanted whistle, with which the would call out beautiful girls. The girls followed Bucur without resistance and once inside the cave, they were gone forever. No one knew what the sorcerer looked like, but they were all afraid of his enchanting song. Many brave men tried to save the girls and went to the cave, calling out the wizzard’s name:
"Bucur, Bucur!"
But none ever answered those calls.
A beautiful girl named Ialomita lived in a village at the foot of the mountain. She was very proud and she would tell anyone:
"I will never fall for Bucur’s call. Even if he caught me, I would still manage to get out of that cave ".

On a beautiful summer day, when everyone was out and about, a whistling song was heard so beautifully that every single person stopped working and started talking about it. Nearby, there was a handsome young man, playing the flute with not a care in the world. Suddenly, he looked at Ialomita, who had come close to him to listen to the charming songs.
"Ialomita, don’t be fooled! This young man is Bucur the sorcerer",
said the people around her. But she did not listen to them and followed the young man who played his whisle so magically. She walked all night, enchanted, without knowing where.
When the morning came, Ialomita frowned, looking around:
Ialomita: "Where am I? I am far from home and I do not know these places. "
Suddenly, there was a stallion that touched her. He was none other than the sorcerer, Bucur, who was trying to catch the girl.
"Ah, then Ialomiţa sighed, if I were a bird now, I could escape from here." She didn’t even finish her thought and behold, she turned into a dove flying up the sky. But the stallion also turned into an eagle, which rushed and caught the dove in his claws.
"Oh, if I were a flower on this meadow," said Ialomita frightened. Immediately, she turned into a flower on the bank of the river, but the falcon turned into a butterfly and sat down on the flower.
"I would like to be a fish in this river," said Ialomita, who was still trying to escape the sorcerer, but he turned into a fishing rod to catch the fish in the river. Ialomiţa then turned into a deer and ran away not realising she was going straight into Bucur’s cave.Bucur was now a hunter and he was chasing her.Scared, Ialomita then shouted,
"If I were a river, I could get out of Bucur's hands."
Immediately she turned into a wild stream that flowed out of the cave. Angry, the sorcerer turned into a big rock trying to block the course of the river, but the stream always slipped past the rock.
Right then, the enchanted whistle struck the sorcerer who was turned into stone and broke into thousands of pieces, and the spell was shattered. Bucur and Ialomita could no longer change their appearance.
And so, the beautiful girl continues to be the stream that flows out of the cave around the big rock, which was once Bucur the sorcerer. This is why today this cave is called the Cave of Ialomita.

One Lesson Plan
Objectives:
1. Stage the characters in the story using appropriate tone and mimic;
2. Take part in the activity with pleasure and enthusiasm;
3. Handle the received silhouettes and stage the story appropriately.

Unfolding of the activity:

The teacher makes sure that all the materials are in place and ready to use. Learners narrate The Cave of Ialomita story by making use of the silhouettes which were created during the practical session; the learners handle the silhouettes behind a cardboard box and stage the story;

Two children are chosen by the teacher to stage the story by means of the silhouettes; the classroom is the audience; by the end of the story, various members of the audience get the chance to be actors and stage various characters of the story; staging is done with appropriate tone and mimic. 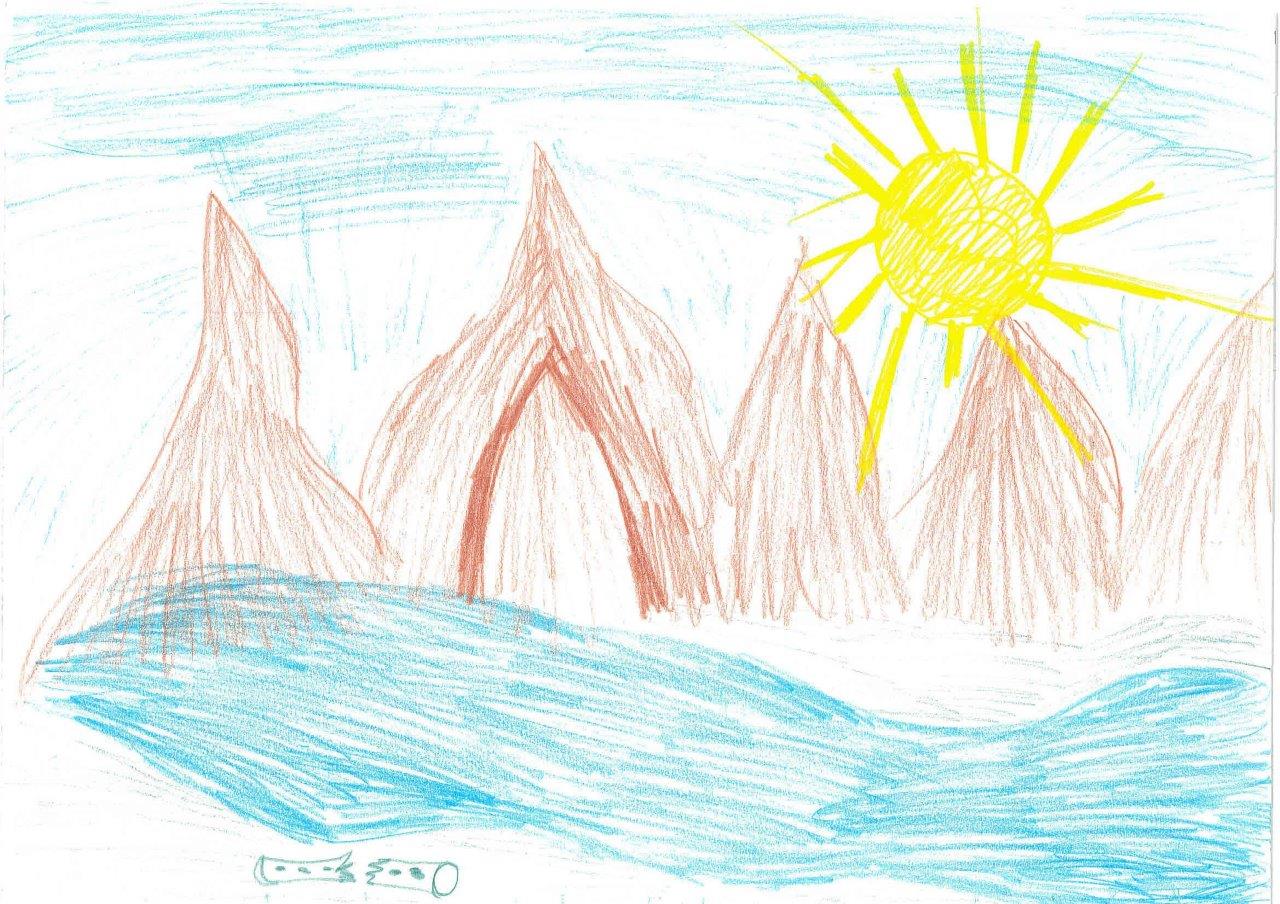 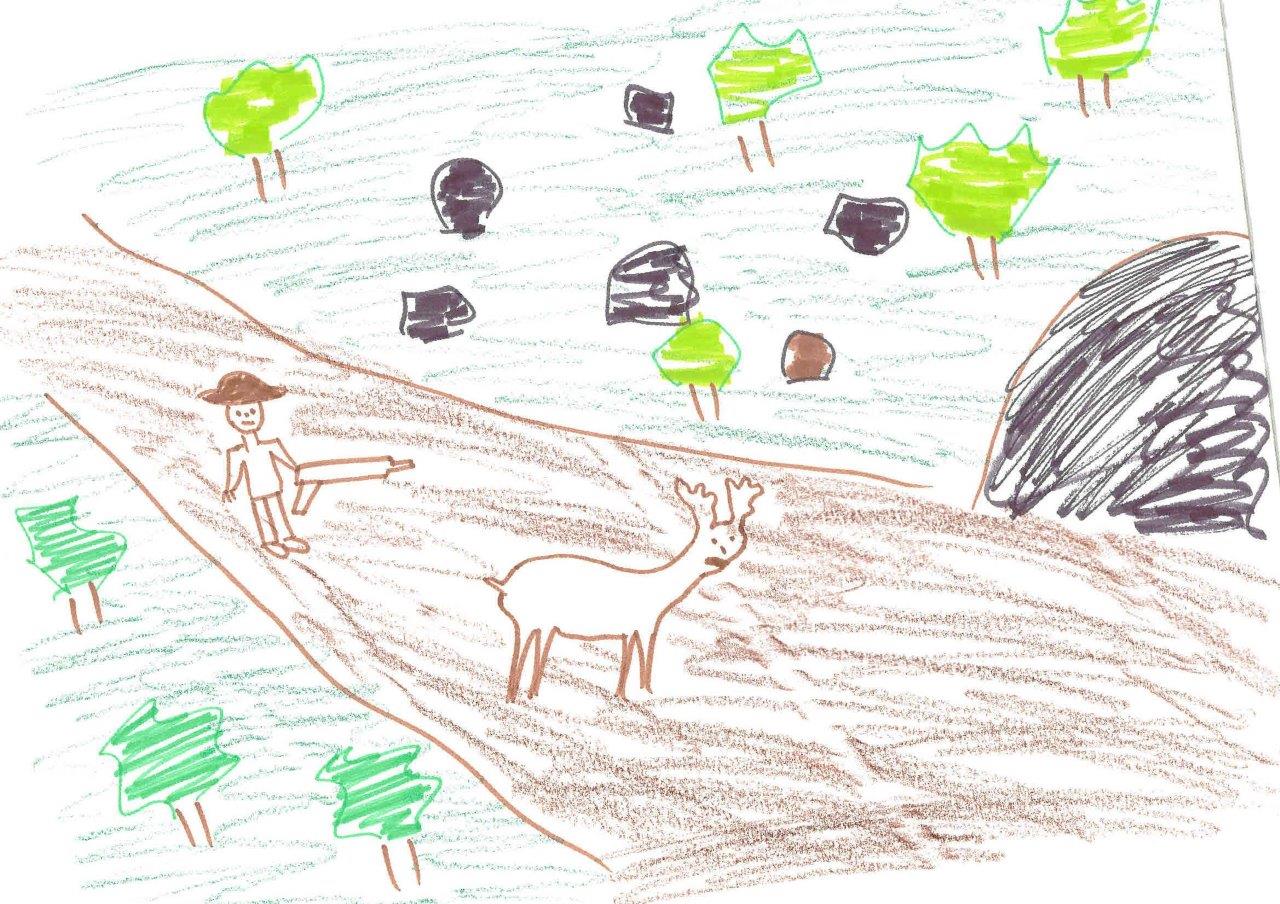 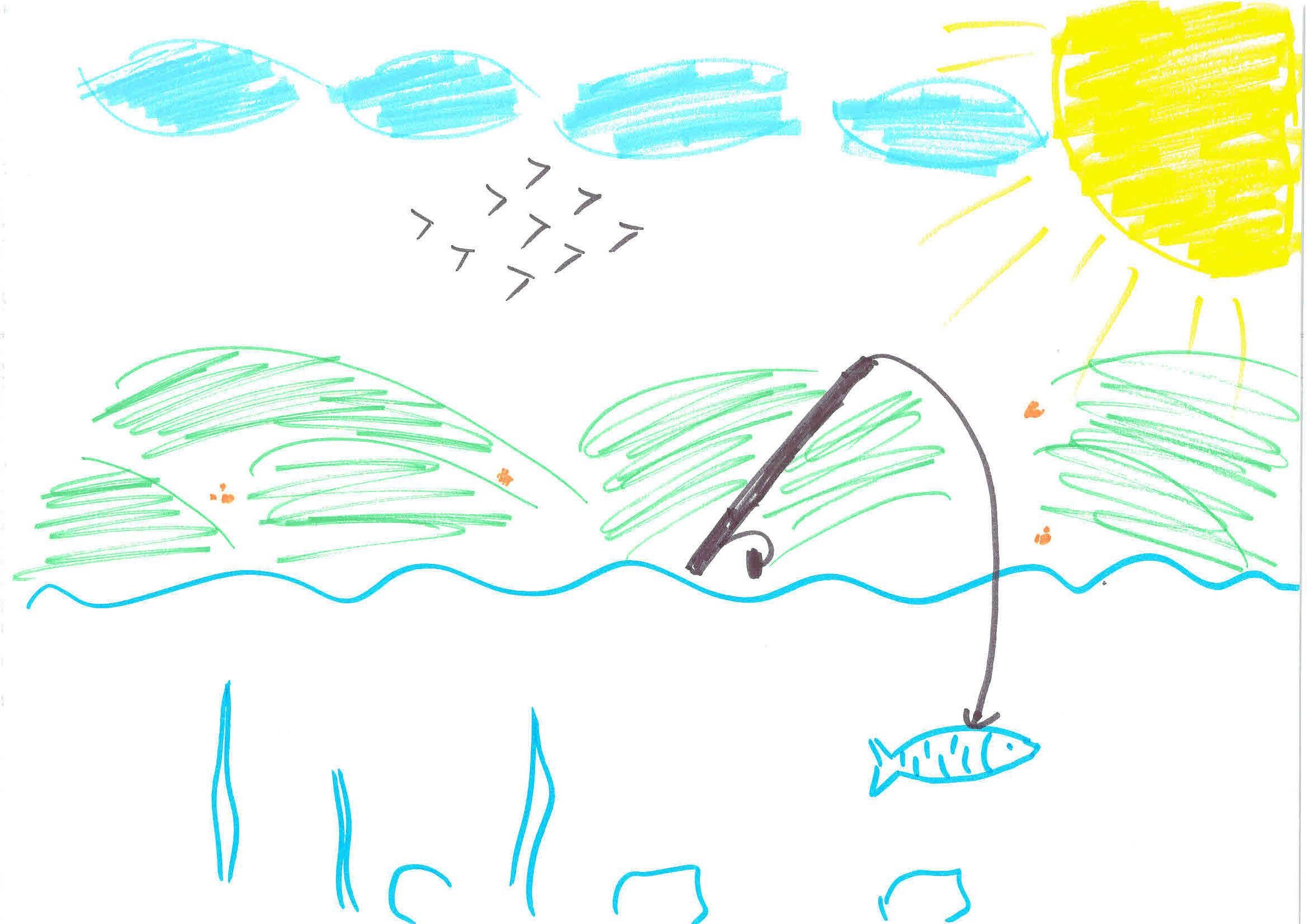 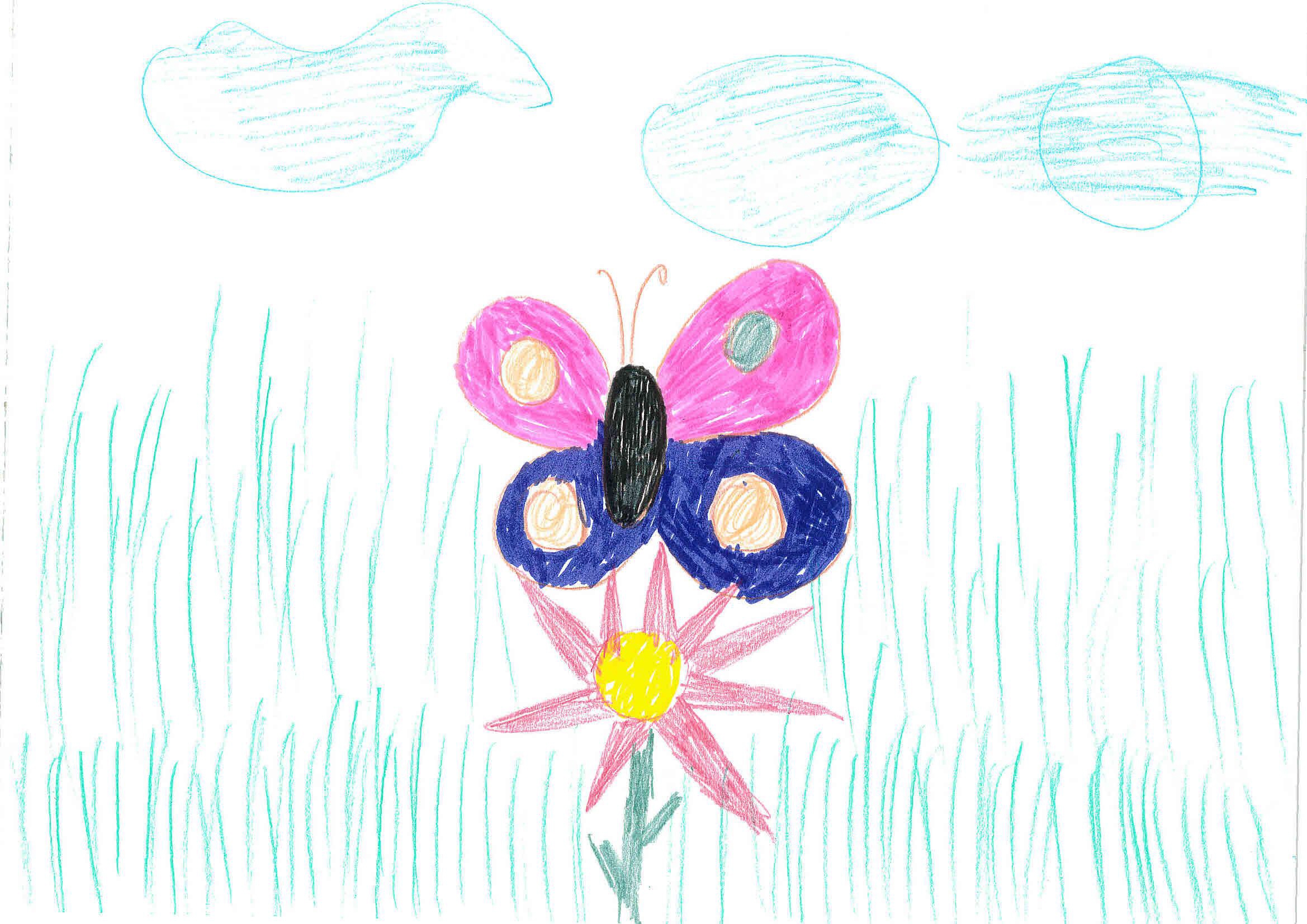 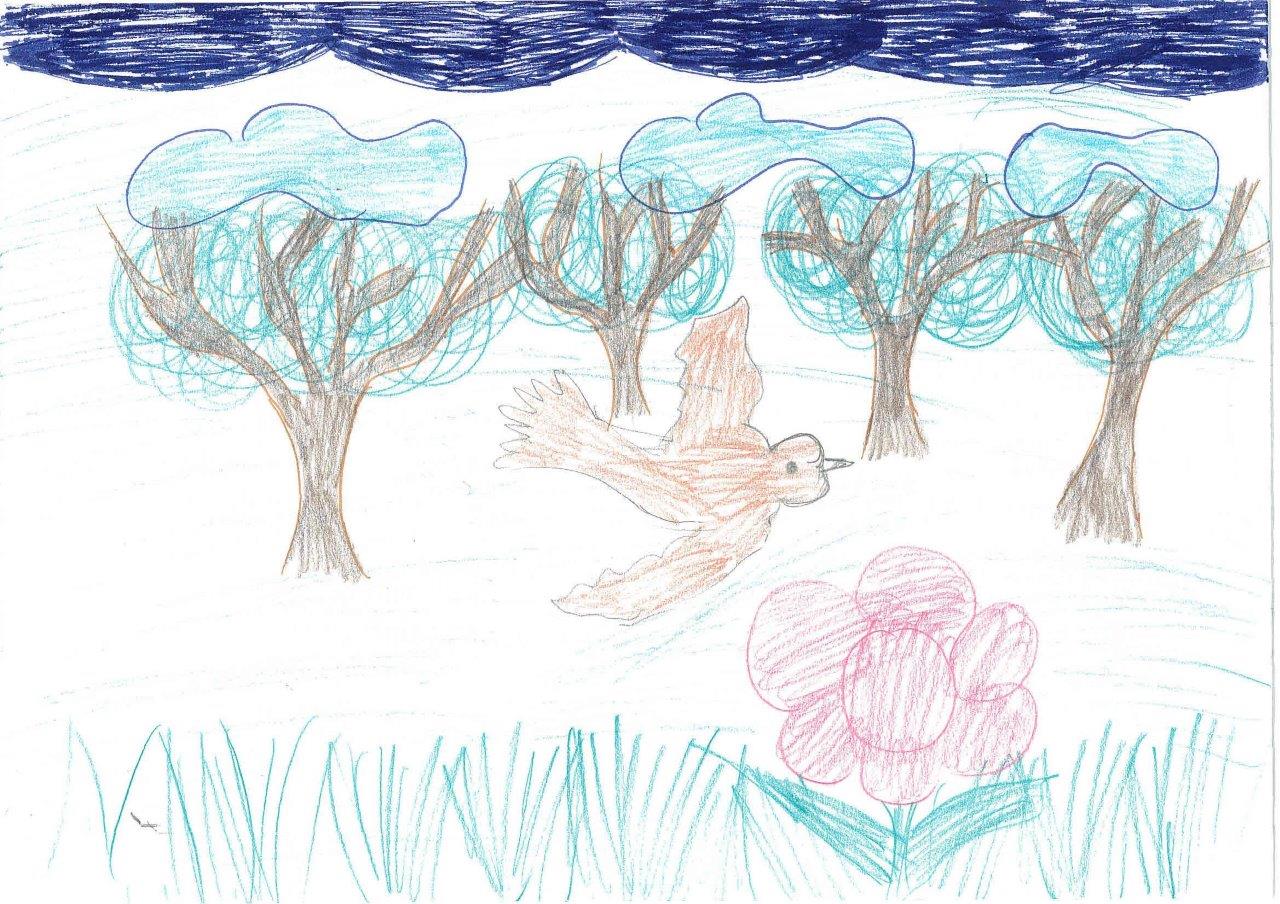 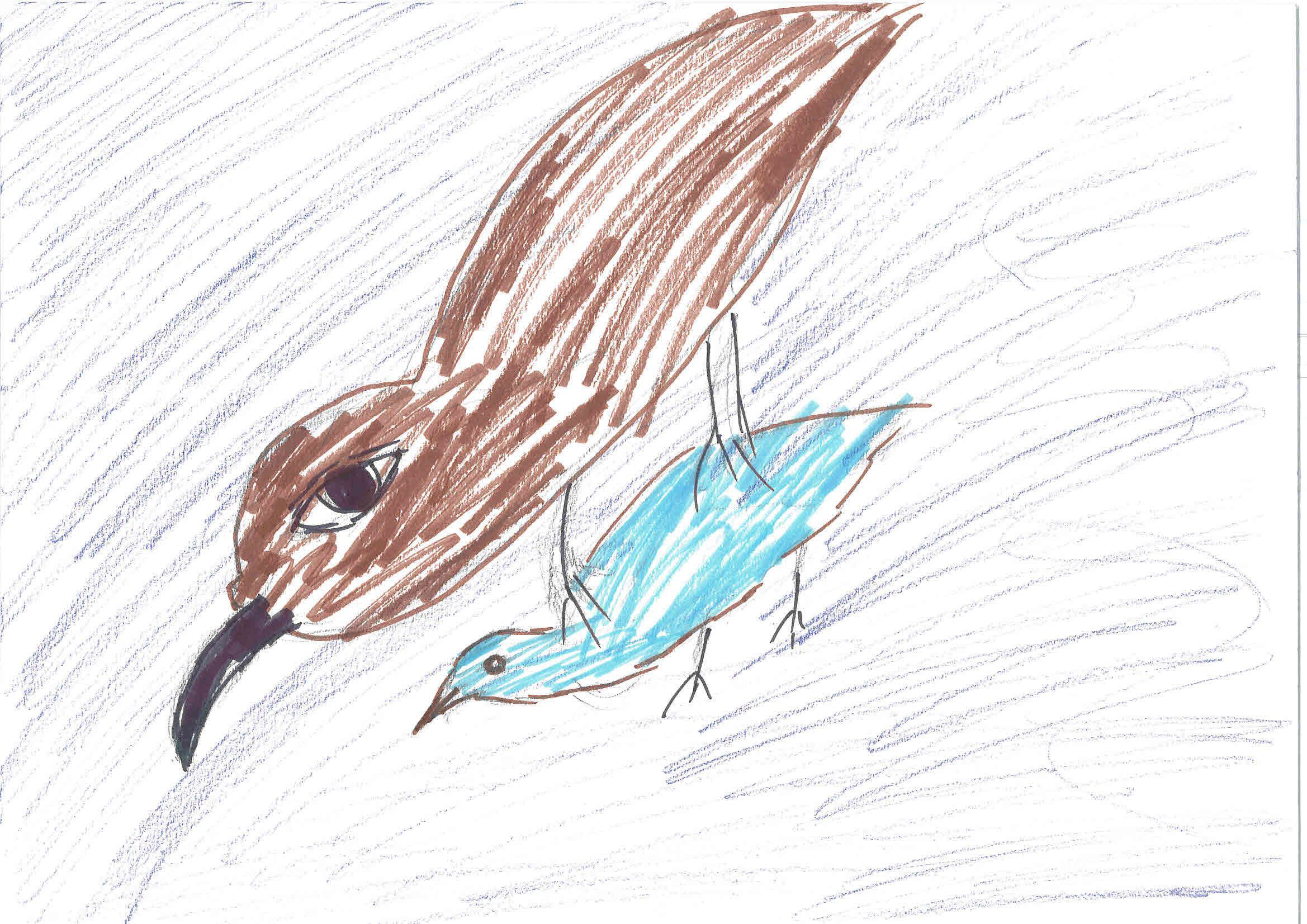 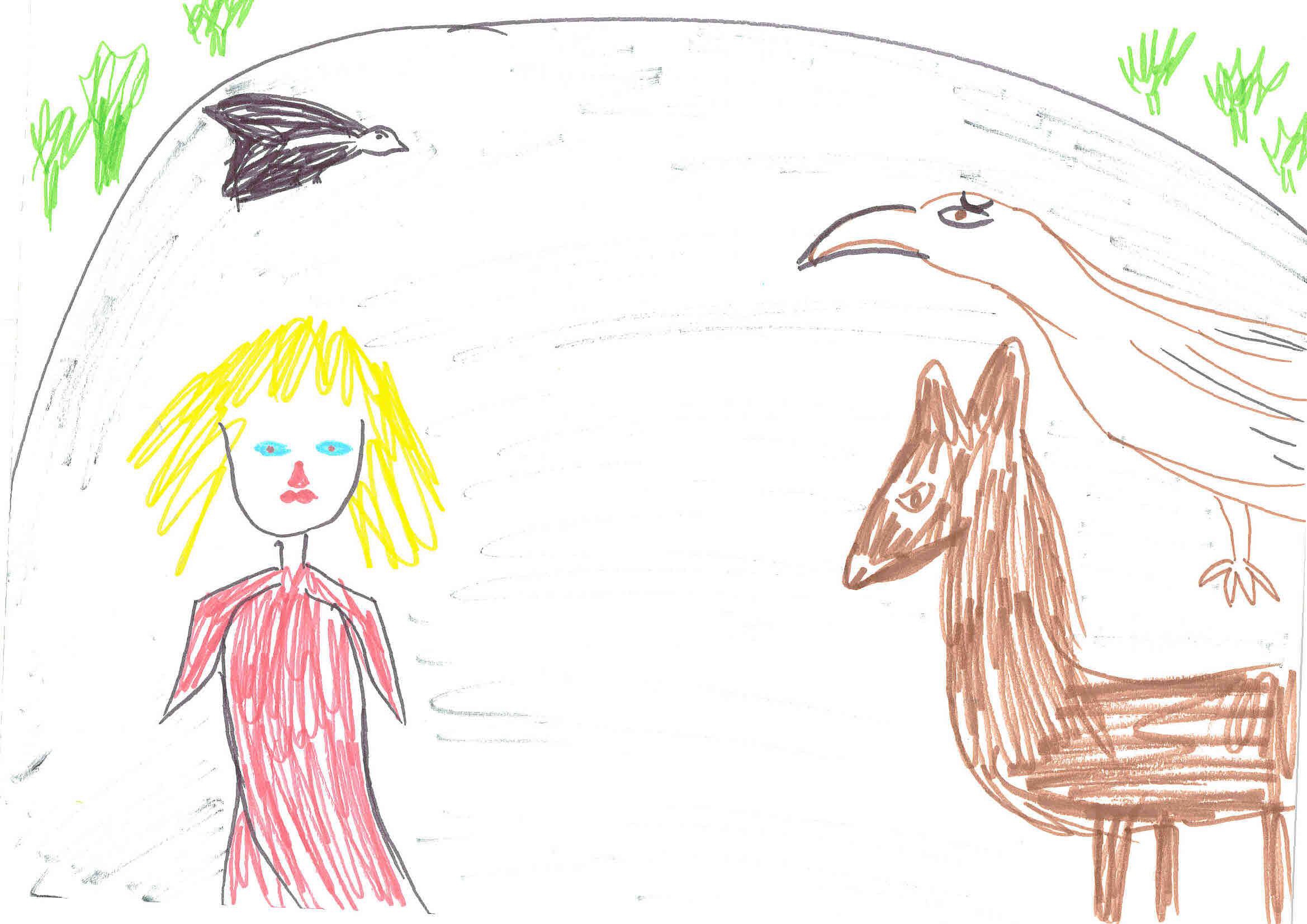 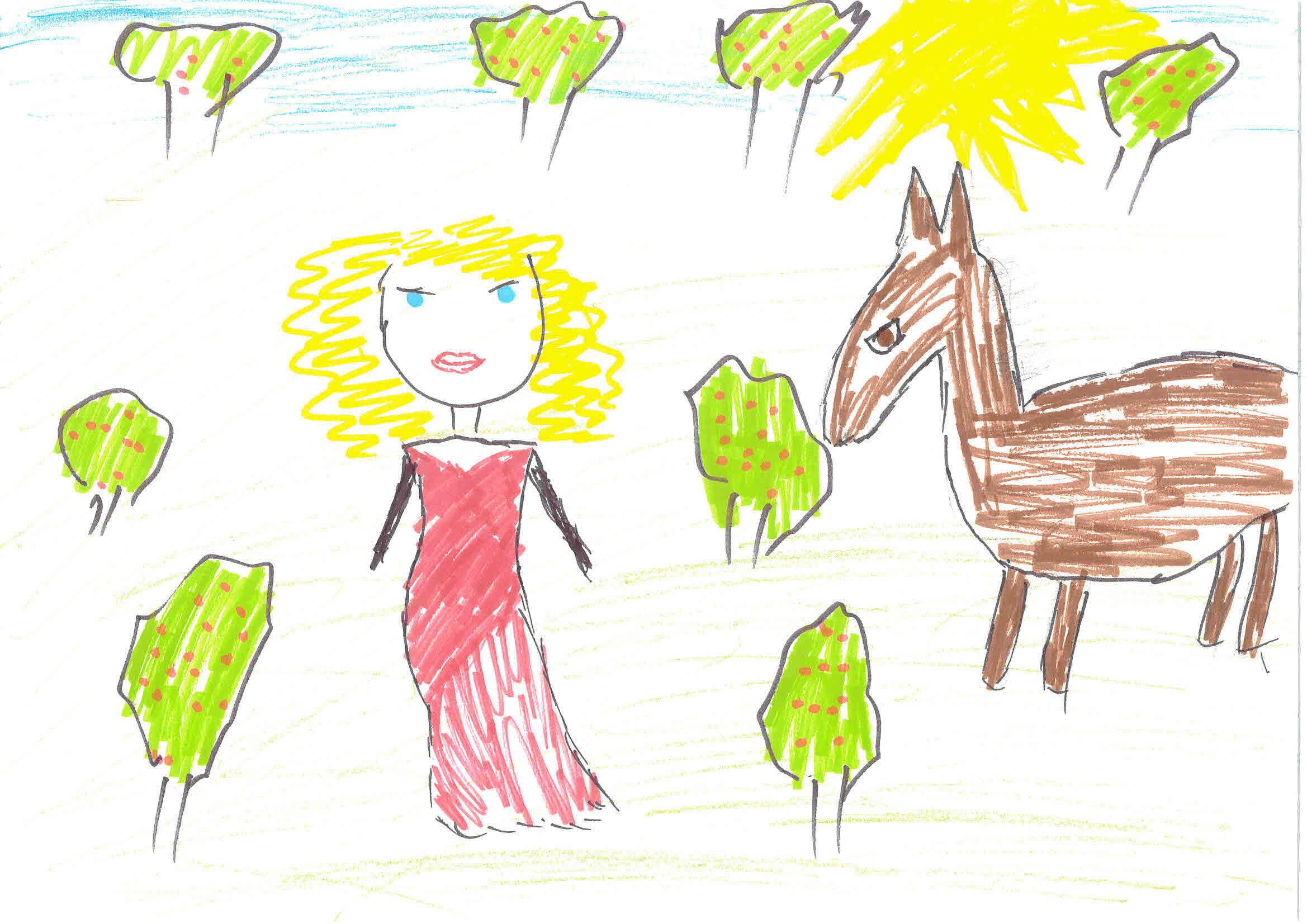 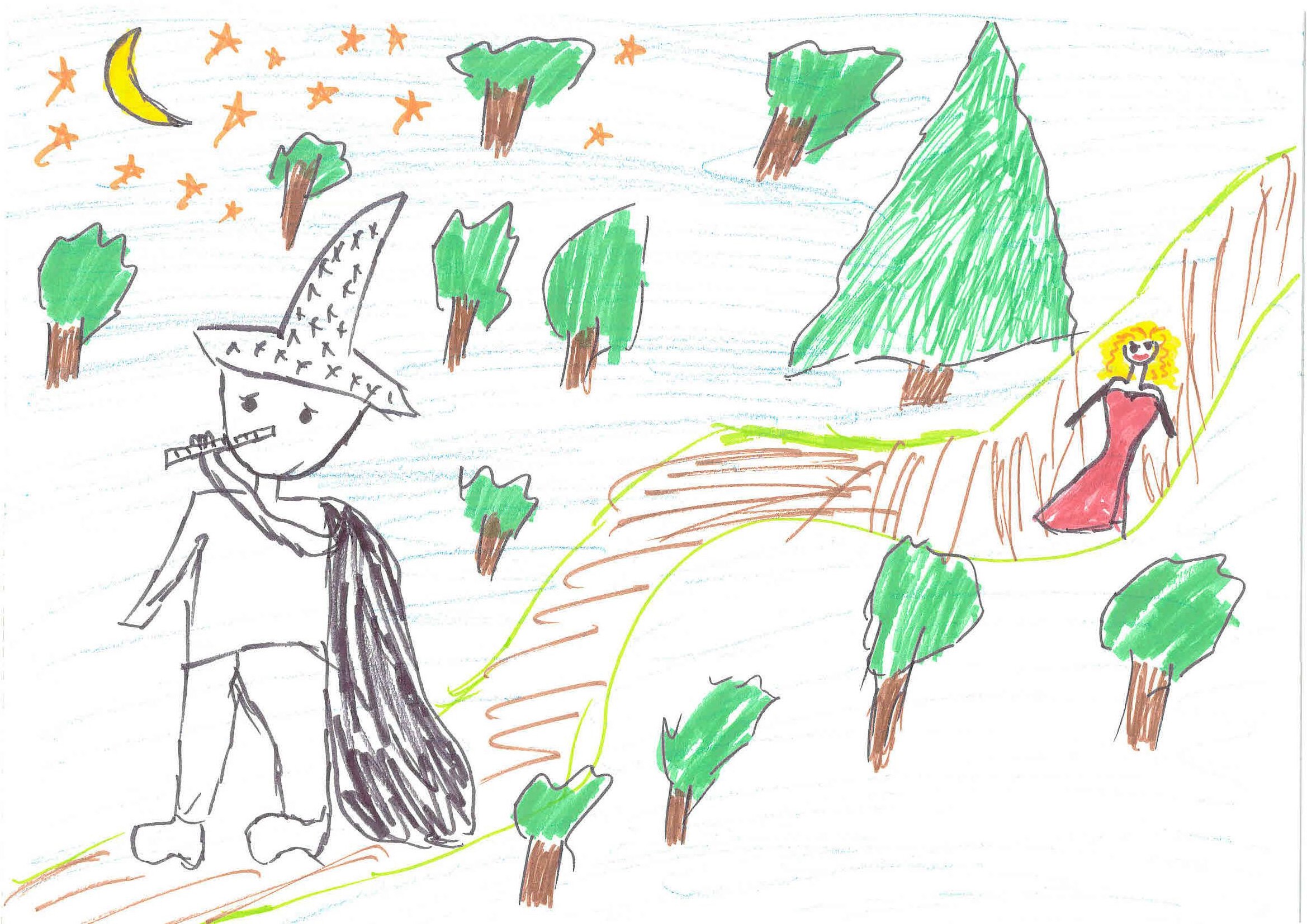 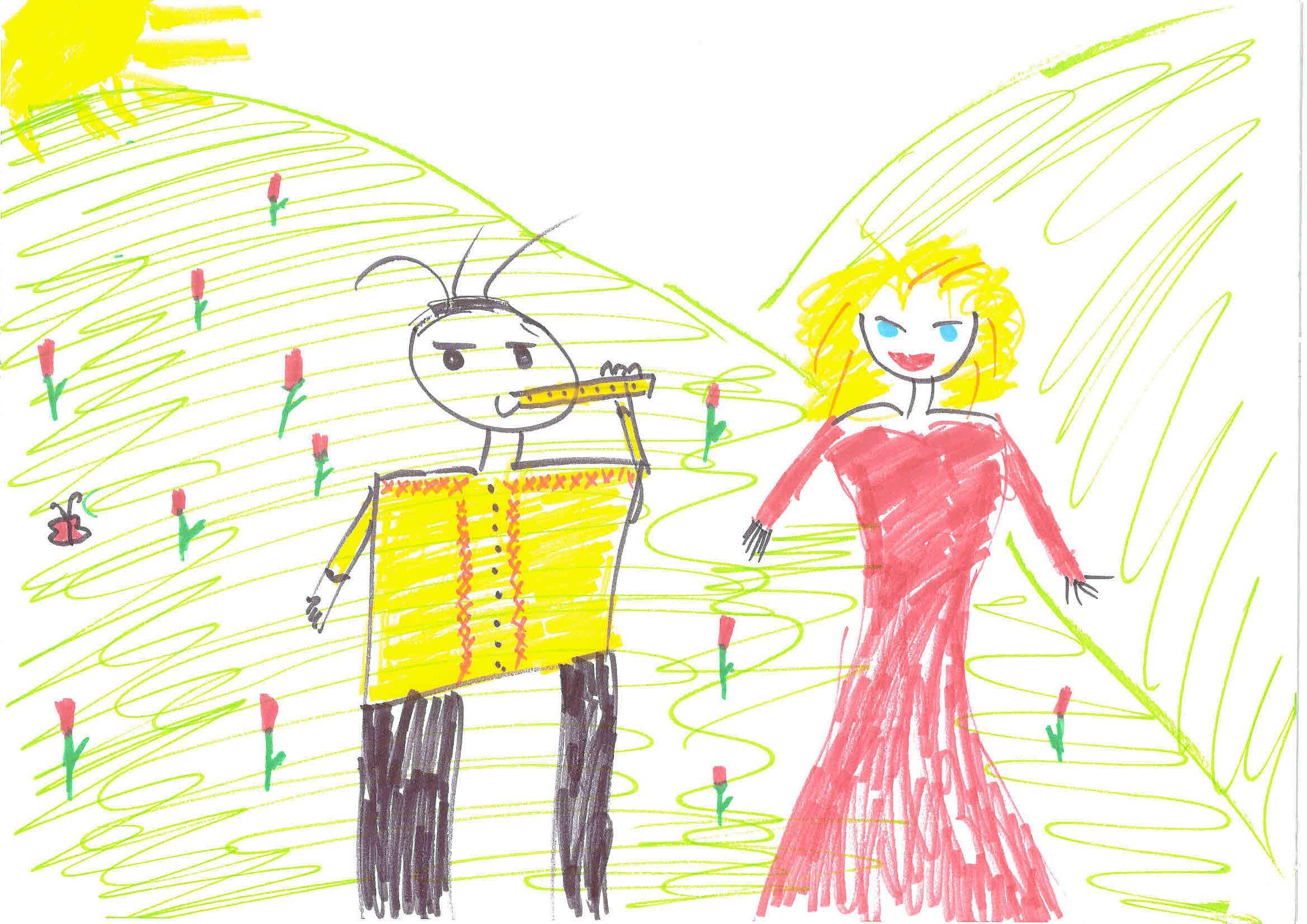 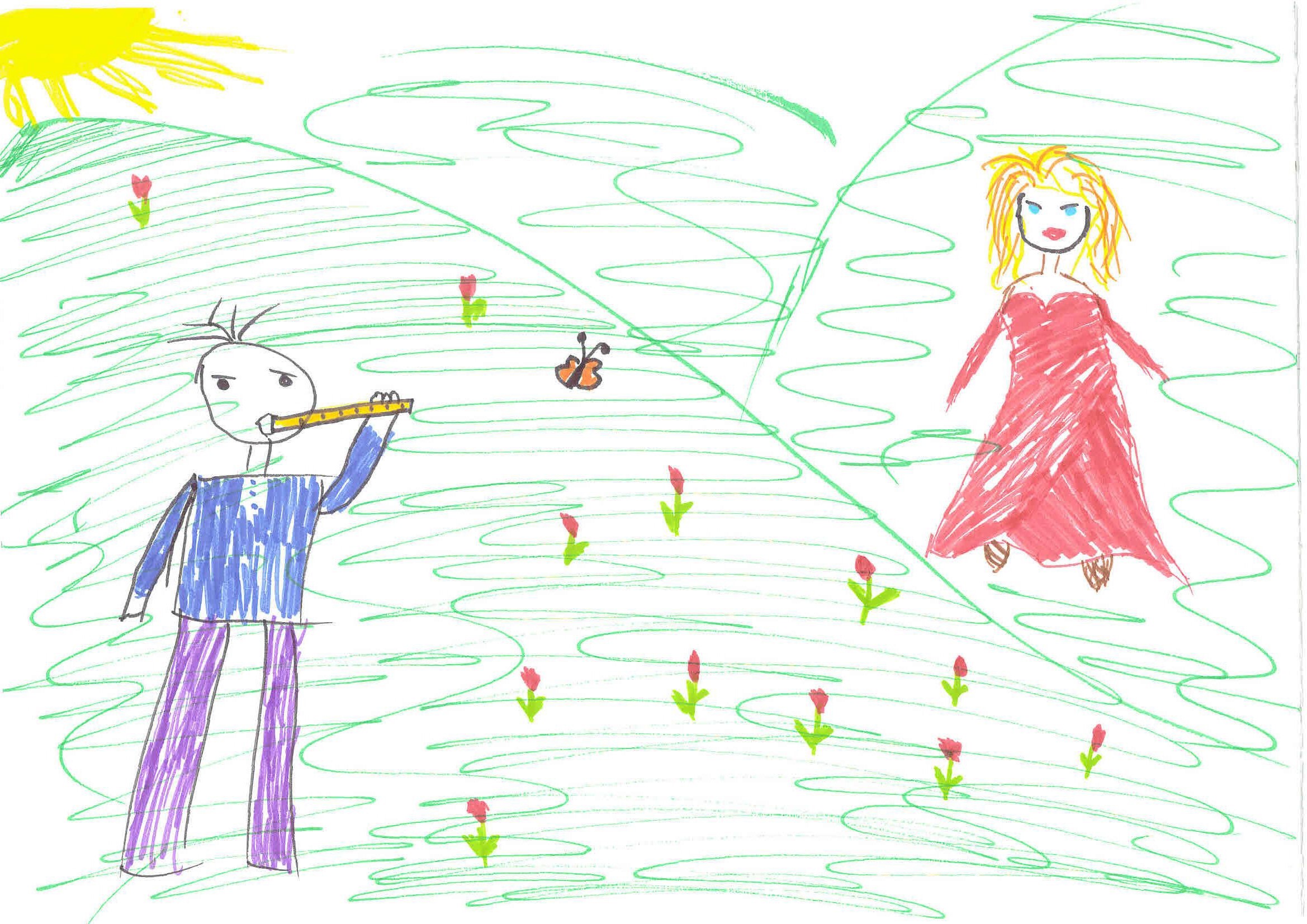 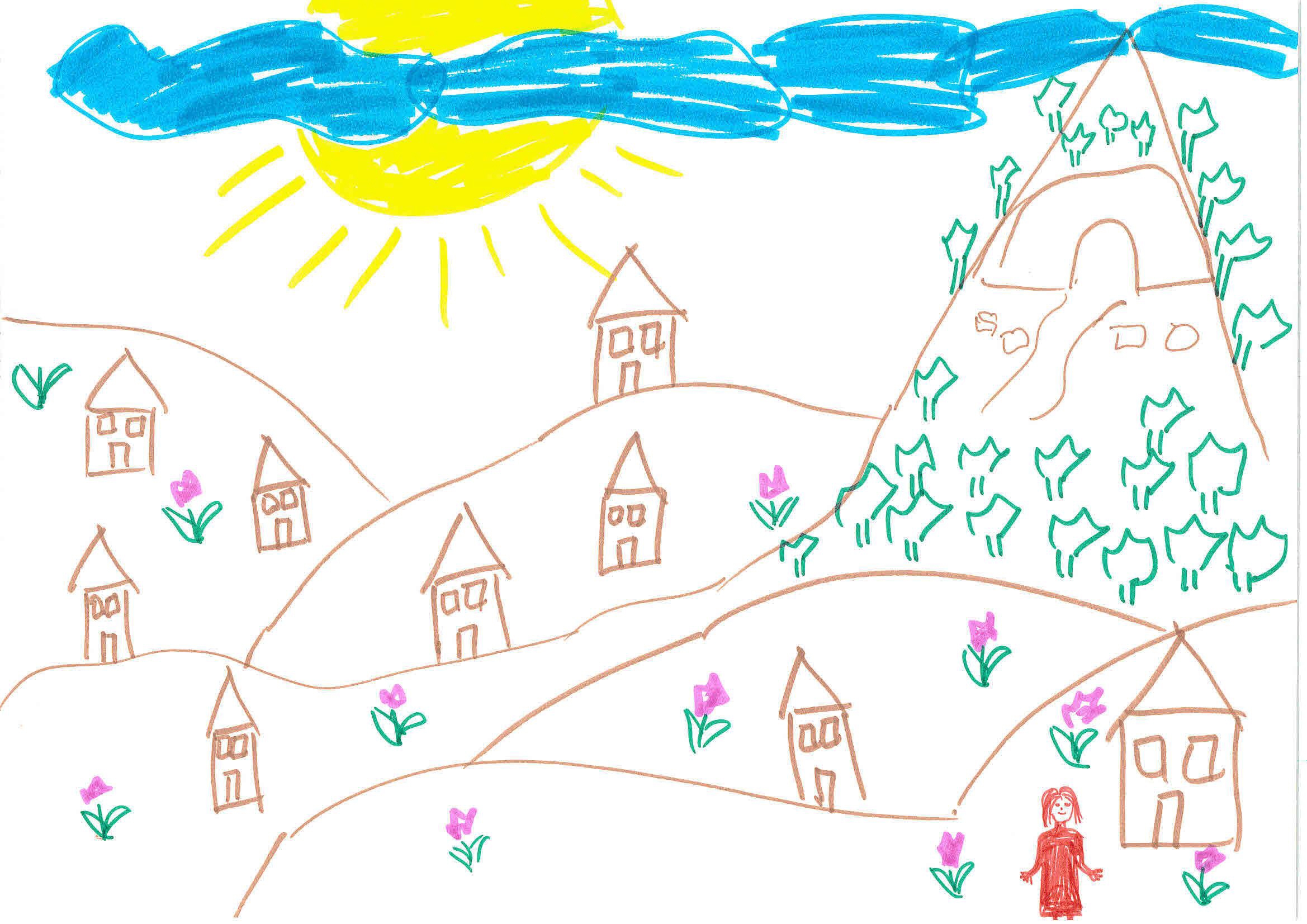 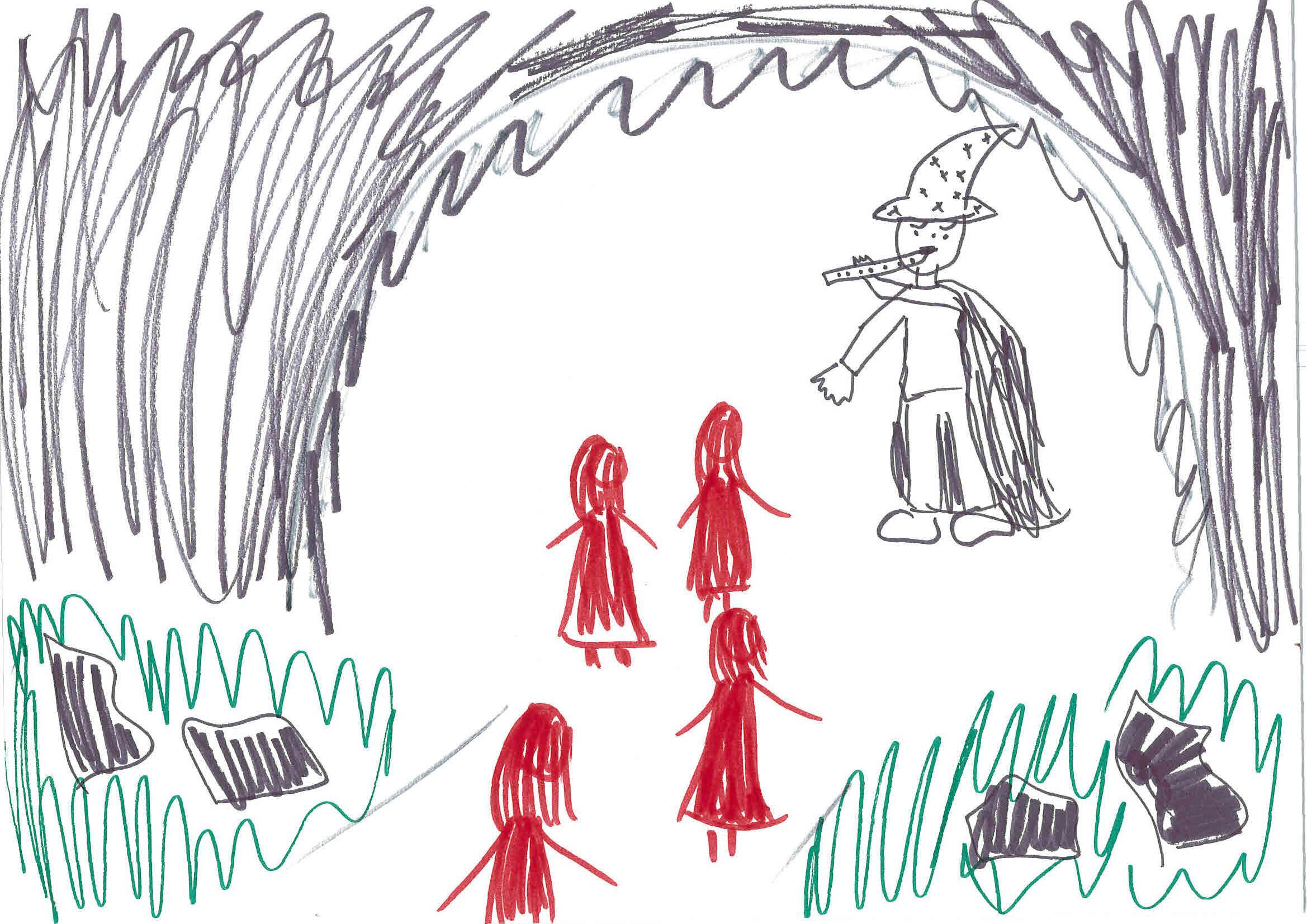 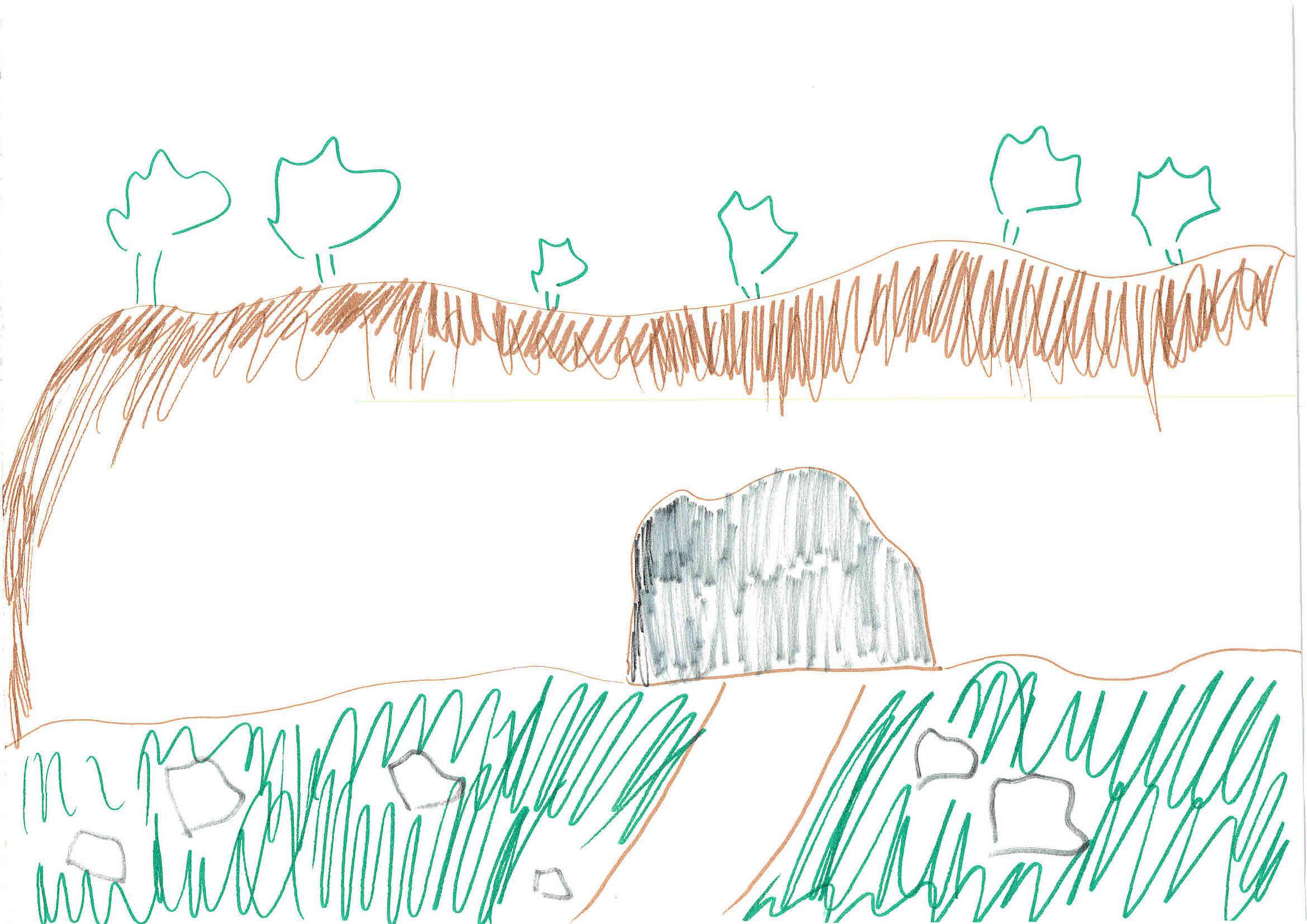