Legend of the Neamţ Fortress

Tale summary
The legend of the Neamț fortress tells the story of the troubled past of a defensive structure which was being systematically demolished, following an invasion. The main characters are two nobles, each one very different in nature from the other. The end of the downfall of the fortress came when one of the nobles, named Alexander the Fool, went to the voivode and told him about the theft that was taking place, thus obtaining a decree aimed at stopping the destruction.
Educational potential / Learning Outcomes
1. Get learners familiarized with the Romanian history; especially the history of Ghica family and a certain category of boyars.
2. Get learners acquainted with key words related to cultural/religious/ historical aspects.
3. Introduce basic knowledge about moral values such as: patriotism, country love, courage, the power of the truth and the power of the people who have the same faith.
4. The tale triggers the learner’s awareness that when some accept a wrong leader, not everybody must do so; in other words, it doesn’t mean that they have to follow the same path as others do; they can take the initiative and change the way the things are done. Also, to never lose hope and always ask for help.

Full Plot
About the foundation of the Neamţ Fortress the elders say that, before Stefan Voda, long before, some Germans came around and forced people to bring them stones and build their fortress. And so much the Germans upset those men, that people became very poor, losing their cattle while carrying stones, and after all the oxen and horses perished, they also put the cows in the yoke.
When the construction was completed, only an ox without horns and a cow without tail remained in the surroundings. Later, the people stood up and pushed the Germans back along with their fortress, and when Stephen came to rule in Moldova he rebuilt it. Stephen was a great man, good and holy, as no one had ever been on the face of the earth, and he did not send his people to forced labour.
I heard that in the Neamt Fortress there were big houses and a church, but now nothing is known. There was a deep fountain in the middle of the fortress... If you descended halfway down in a bucket, from there you could enter a cave connected to the fountain, and through that cave, if you went for a while, you could reach the other end of the mountain. Then, through a forest, you could go all the way to the town of Oglinzi, as the area is from the city to Târgu Neamţ known.
I know a boyar who lived then, called Belobiu, and he wanted to build an inn, because the old courtyards were no longer fashionable. So he began to carry stones from the city. He had the walls demolished, for the stonemasons to build him the inn and new courtyards. Nobody could say anything. What was there to say? The boyar was a big boyar, what could have been done to him? How could anyone stand up to him? That was until, by God’s mercy, another boyar who was poor and used to roam the streets aimlessly rose; and his name was Alexander the Fool...
This man got up and walked to Iaşi, to his kingdom. He used to eat bread and drink water on the side of the road... And until he arrived to Voda he did not give up for a moment. At that time, there was a ruler in Iasi, Grigore-Voda the Beautiful. And the boyar, Alexander the Fool, said to Voda:
”Your greatness, it is a pity to demolish the old cities and allow the vermins of the country to build pubs instead of them!” and he fell on his knees. And when the ”madman” returned to the people, he had in his hands a decree from the throne, addressed to everybody who wanted to take stone from the fortress... And he told the other boyar:
”Here is the bidding to bring people from all the villages round the city, each with three sticks and bats, and surround the fortress! From this day forth, stealing construction stone and building boyars’ dwellings with it will no longer be allowed... Whomever does not obey will suffer!”
People came out with sticks and bats and the city was fenced, but then new times came ... and the fence was taken down...

One Lesson Plan
Suggested activities to involve and challenge the pre-school pupils and develop their cognitive, pre-cognitive and creativity skills.

The central element of the legend is the Neamt Citadel. A reachable activity is the construction of a fortress and a tower from play-dough or kinetic sand. In this way they can see how complex the constructions were and how difficult it was to build something in the old times.
Role-play is another suggested activity. Role-play games allow learners to step into the shoes of the story’s heroes and change their world. Role-play games also stimulate the imagination of kids; this type of activity frequently allow players to customize the characters they embody as they wish; A practical activity involving ecological education would be the creation of a fortress made of recyclable materials or cardboard, plastic bottles, wood, plugs, canned food cans etc. 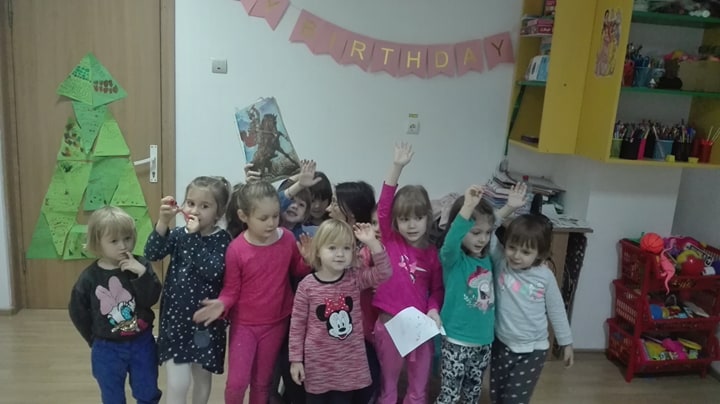 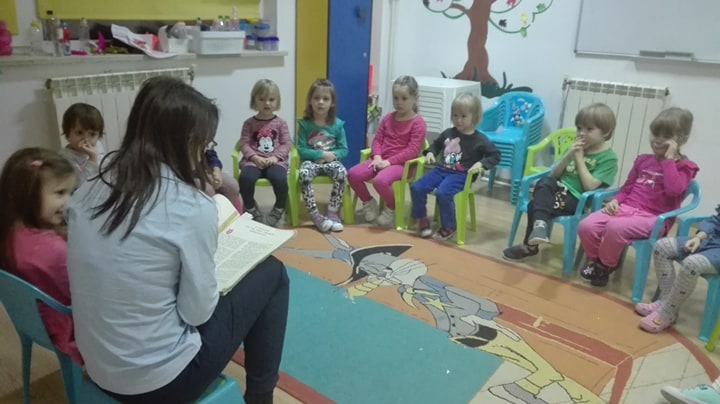 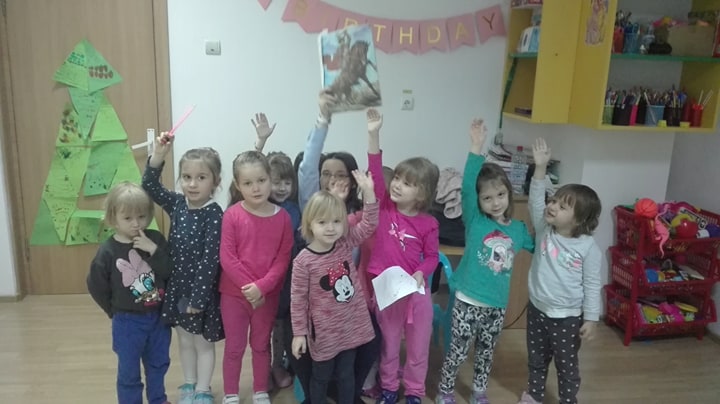 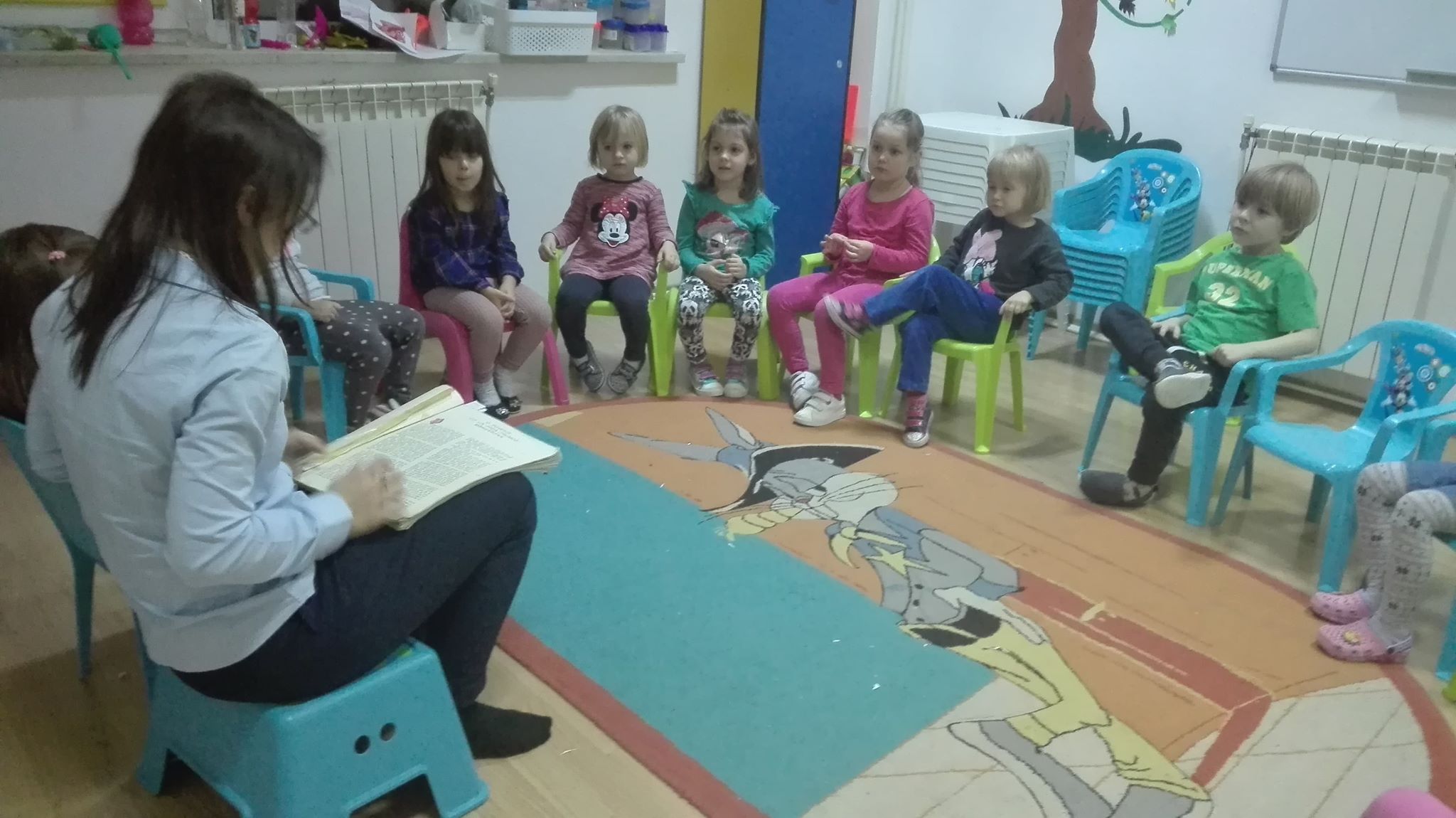 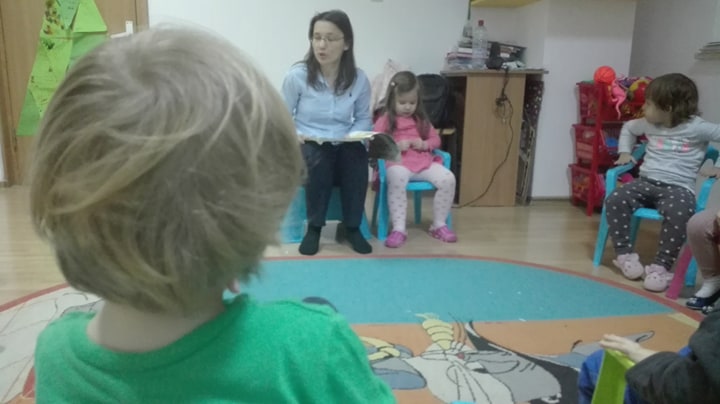 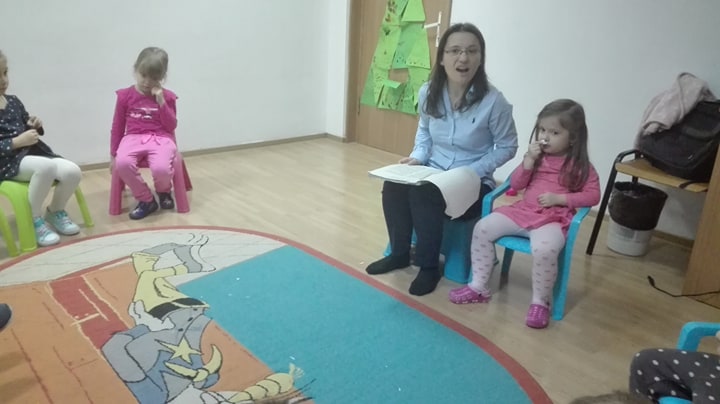 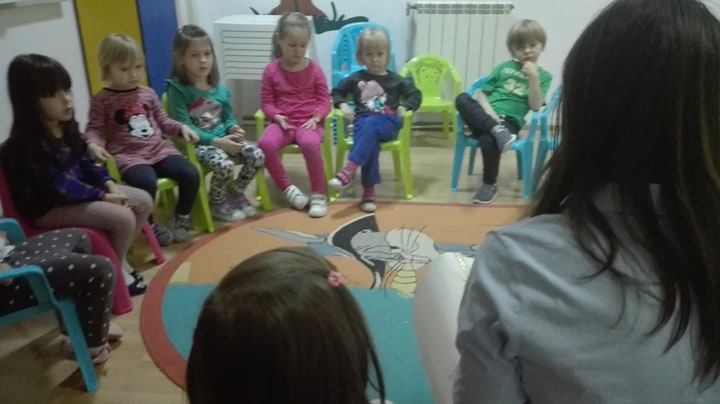 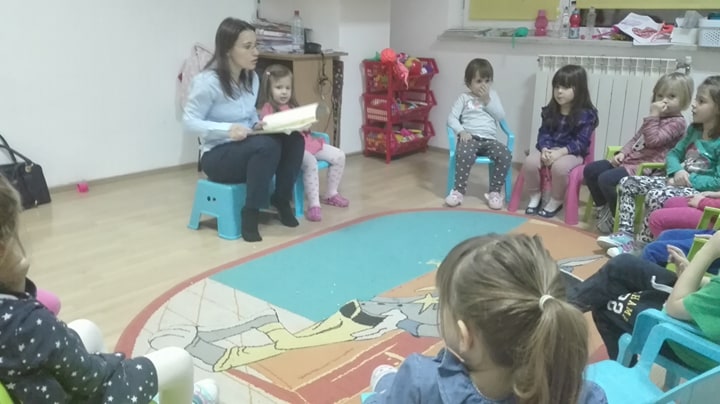 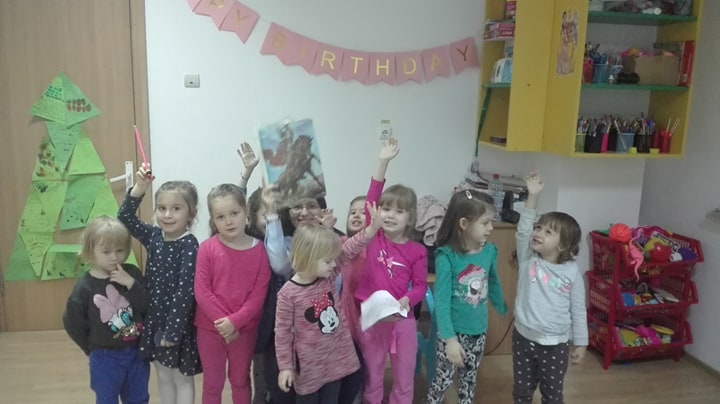 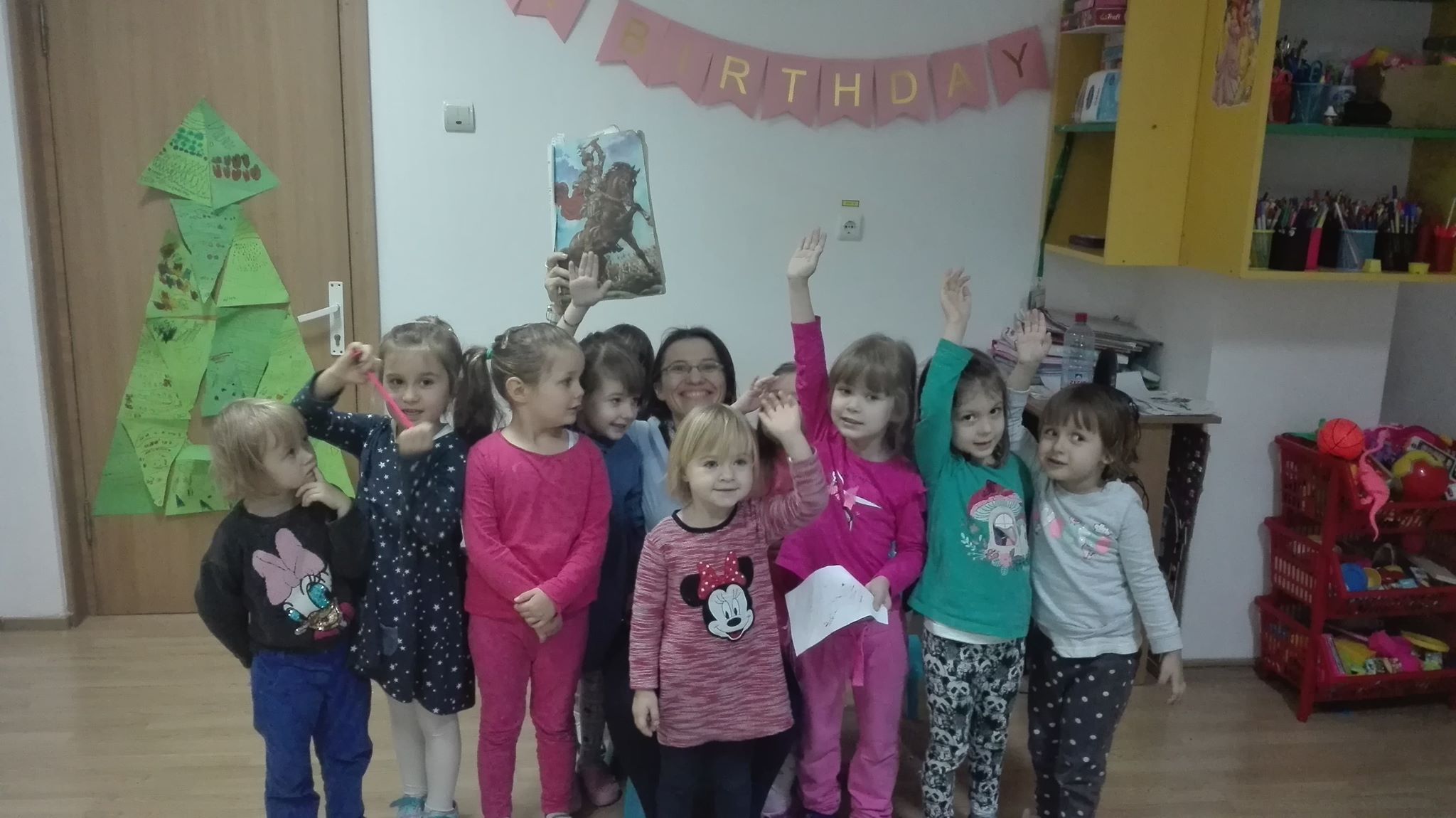 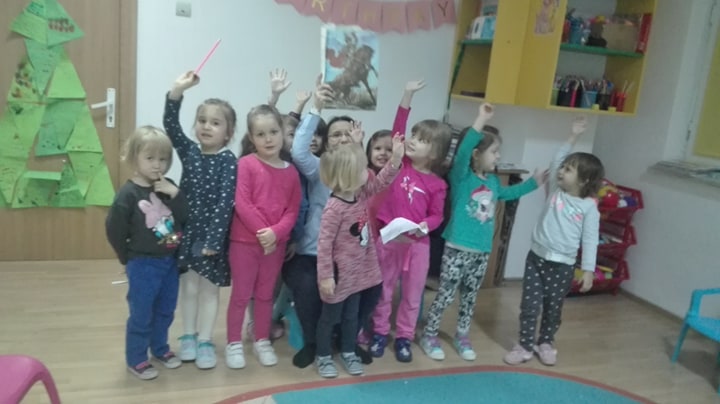 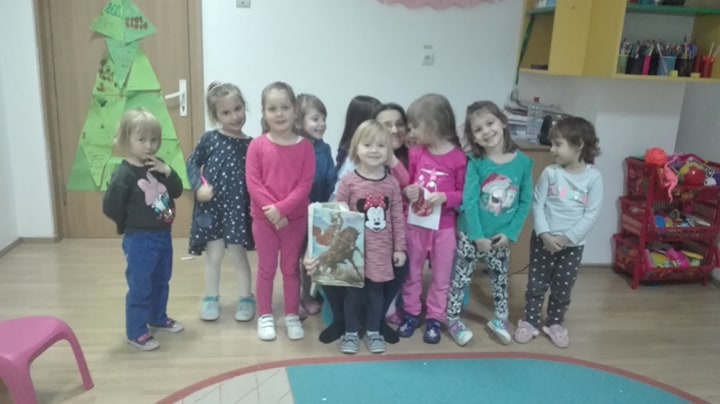 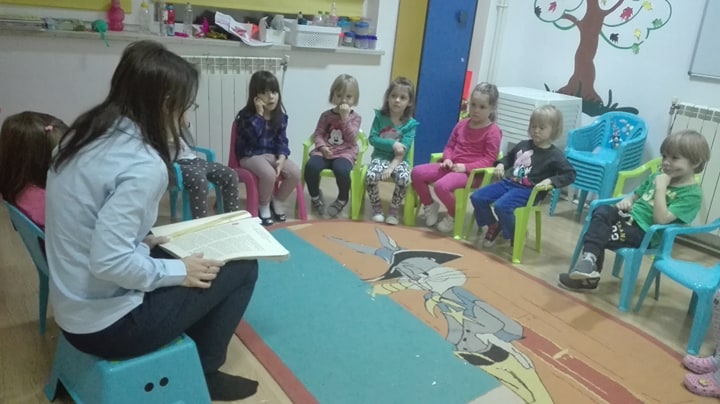