Tale summary
The legend of Iezerul Mare and Iezerul Mic, two Romanian rivers, tells the story behind their origins. It is said that the two rivers were once brothers, both shepherds, with many skills and a common love interest: a local girl named the Beauty of the Mountains. They agreed to decide the winner in a battle, during which both died, causing the girl to go through great pain and suffering. The tears shed by the girl became the springs of the two rivers.
Educational potential / Learning Outcomes
This story can be a valuable resource for evaluating knowledge about the environment or for teaching language and communication. The aim of the activities can vary: to stimulate imagination, develop reading and speaking skills, express opinions about the text, express attitude about the characters’ behavior, tell the difference between bad and good actions, distinguish between facts and fiction.
Full Plot
In the mountains of Țibin, at the foot of Cindrel and Frumoasa mountains, in the middle of two romantic valleys, two crystalline lakes are hidden like pearls: Iezerul Mare (1992 m) and Iezerul Mic (2060 m), and Țibin River flows from them.
The shepherds in these mountains say that these springs, from which Țibin River draws its water, were formed from tears of pain and sorrow, a young and pure girl’s tears.
It is said that in these mountains, at Frumoasa, there once lived a shepherd’s girl, proud and beautiful, more beautiful than enchanted fairies. Should one have walked all over the country and even so there would not be any match found for her. The shepherds lovingly used to call her the Beauty of the Mountains.
It is her name that the mountain received, and was kept to this day. At that time, there were around that place two young and strong shepherds, as tall as fir trees and brave like no other. They used to fight bears and killed them in fair fight, and were able to catch running agile deer. Both brave boys loved the Beauty of the Mountains. The girl, however, loved them both indiscriminately, so she could not give her whole heart to any of them. And when a girl loves two boys at the same time, you know that it's not good, that it's a nuisance and that it will not end well. That is exactly how it happened now. The two boys soon saw that they could not live like that, and they had to make a decision one way or another, and wanted to decide in a fight, a fight to the death.
And in a beautiful summer day, they started fighting on a mountain peak, each armed with a spiked mace. Hard was their fight, and it seemed endless, for each brother was skilled both in attack and in defence tactics. Their bodies were tensed, blood gushed out of their wounds, but neither boy gave up. Suddenly one of them stumbled, and the next moment he tumbled down the valley, his head crushed by his enemy's mace.
The winner shouted happily and went to find the Beauty, but he did not get too far. The wounds that he had received drained his powers and in a nearby valley, he found his demise, just like his brother had. When the Beauty of the Mountains found her beloved boys without breath, she mourned and cried for many days in a row at the place where their death had occurred. Her eyes became a spring of tears, and from these tears of grief and sorrow, the two springs called Iezerul Mare and Iezerul Mic were formed. And their water is still clear and fresh to this day.
From these alpine lakes spring the Big River and the Small River, which join their paths near the Gura Râului district and form the Țibin River.

AIMS: to practice language creatively by telling a story, to develop children’s speaking skills and creativity, with the help of the natural resources in the nearby environment
OBJECTIVES:
To create stories creatively, using figures of speech intuitively
To narrate real or imaginary events in a logical order
To produce grammatically correct spoken messages
To express feelings and attitudes towards characters and events, using verbal and non-verbal language
To explain the meaning of certain used words
To practice their listening skills by listening to stories and summarize them briefly

Procedure:
Warm-up: ”Bag of stories”, containing the story, will point the children to the surprise elements – the models, which are meant to improve children’s mood and gain their interest
Recap: sorting and consolidating knowledge about rivers and stimulating interest and curiosity for exploring the environment, with the help of games.
Content presentation and guided learning: pronunciation practice through imitating the wind, rustling leaves, inflating balloons, smelling flowers etc. Children will repeat said sounds, medium and high difficulty groups of sounds, which will help them improve their pronunciation.

The role of the kindergarten teacher in stimulating children’s creativity
Each model brought to class will be presented and used, aiming to improve divergent thinking and its characteristics (originality, flexibility, fluidity).
The model is to be presented as a surprise, children opening and closing their eyes at the sound imitating the wind. The, suppelemnatry questions are asked by the kindergarten teacher. Children are asked to say a few words about the model, including place, time, season of the year, main characters, feelings etc. Originality and literary speech are emphasized.
While the children are speaking, the teacher follows their discourse and corrects or stops them in case they become incoherent or they lose track of the narration.
Evaluation: Develop the ability to process and synthetize information and notice the complexity of certain ideas and feelings through the quintet method.
The quintet is a type of poem which, in this case, will consist of the following: line 1 – a single-word subject, line 2 – two adjectives describing the subject, line 3 – three verbs expressing actions of the subject, line 4 – personal attitude towards the subject (in 4 words), and line 5 – single-word defining trait of the subject.
Example:
Squirrels
Little, sneaky
Chewing, hiding, playing
They are the cutest
Rodents 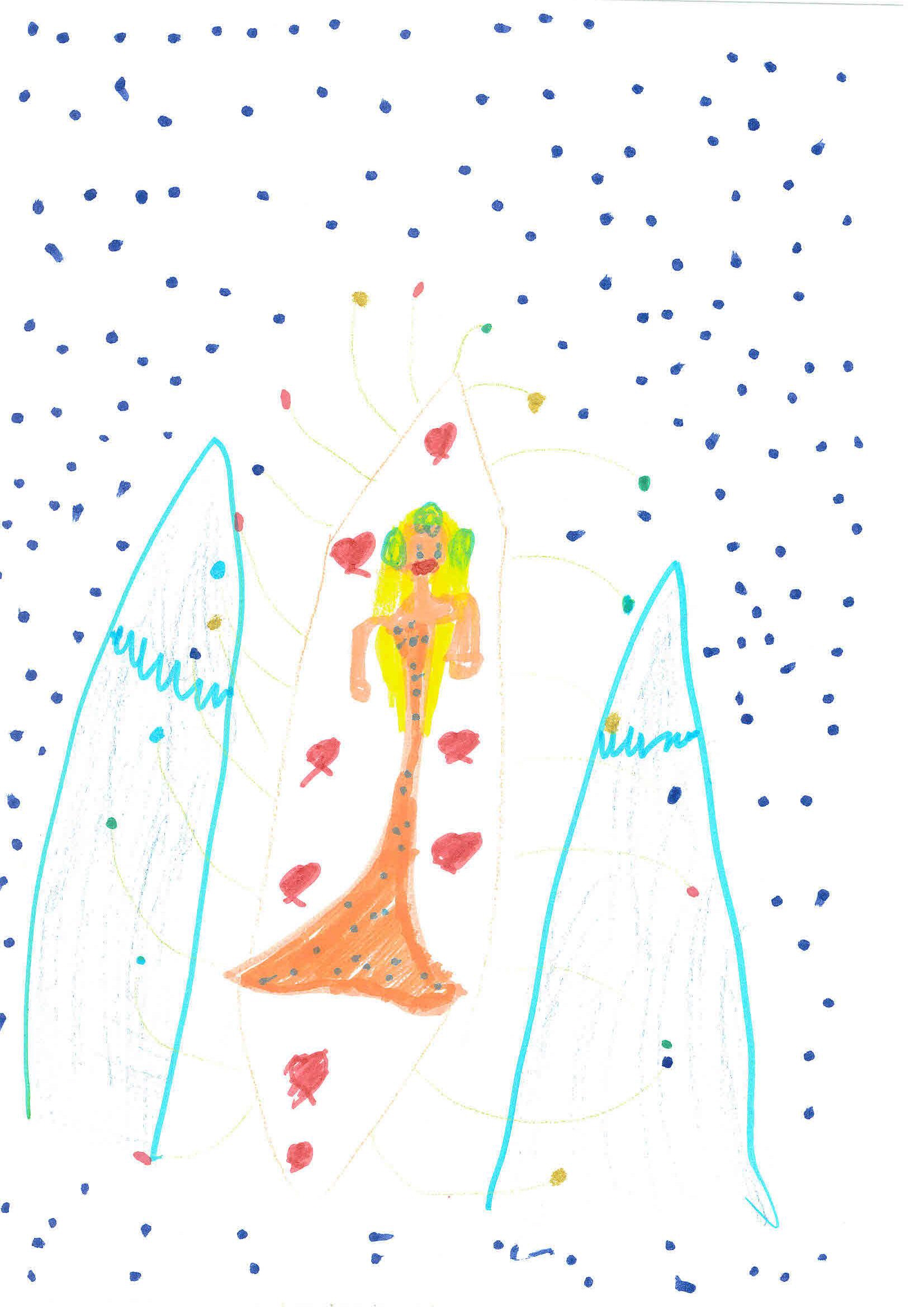 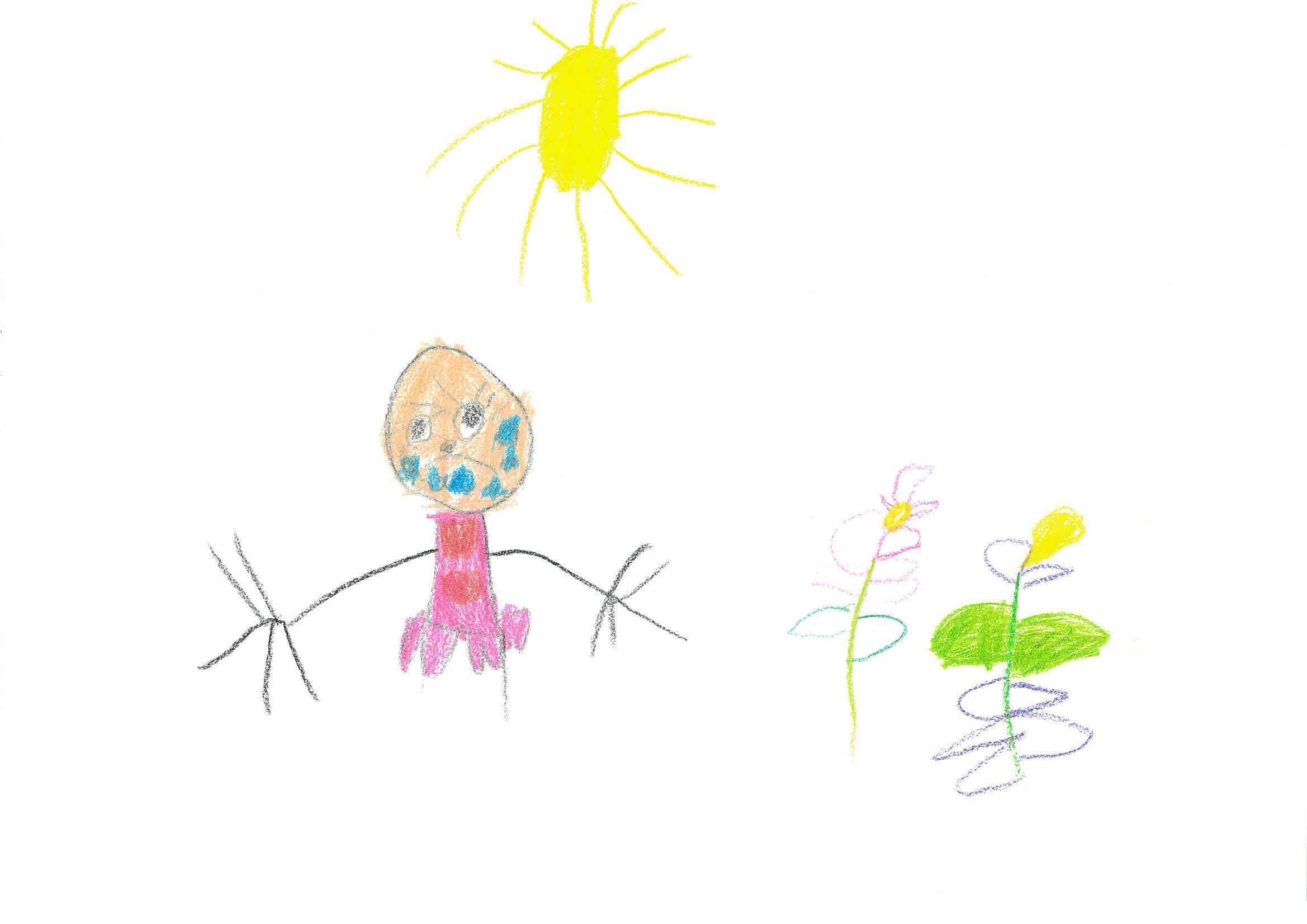 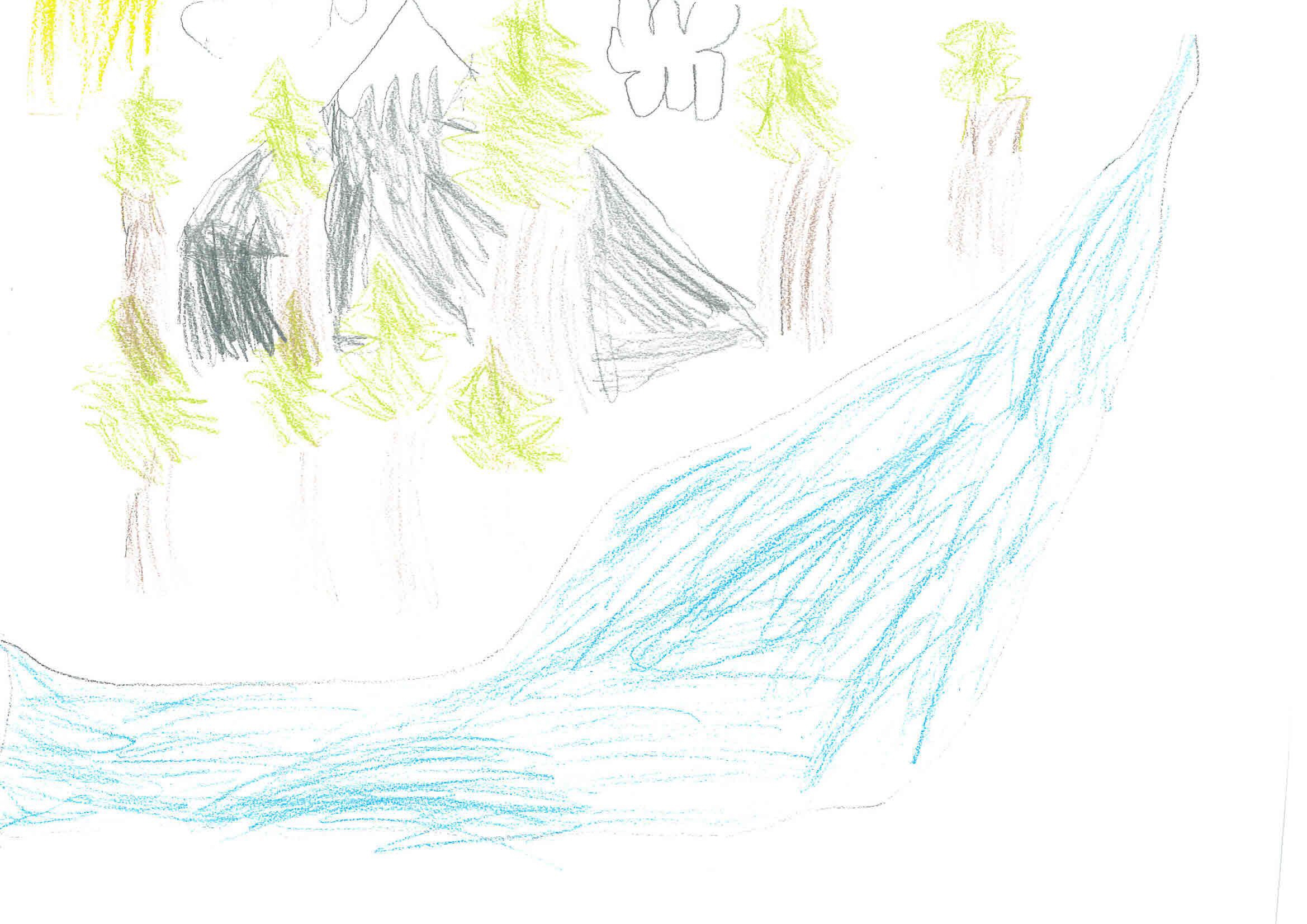 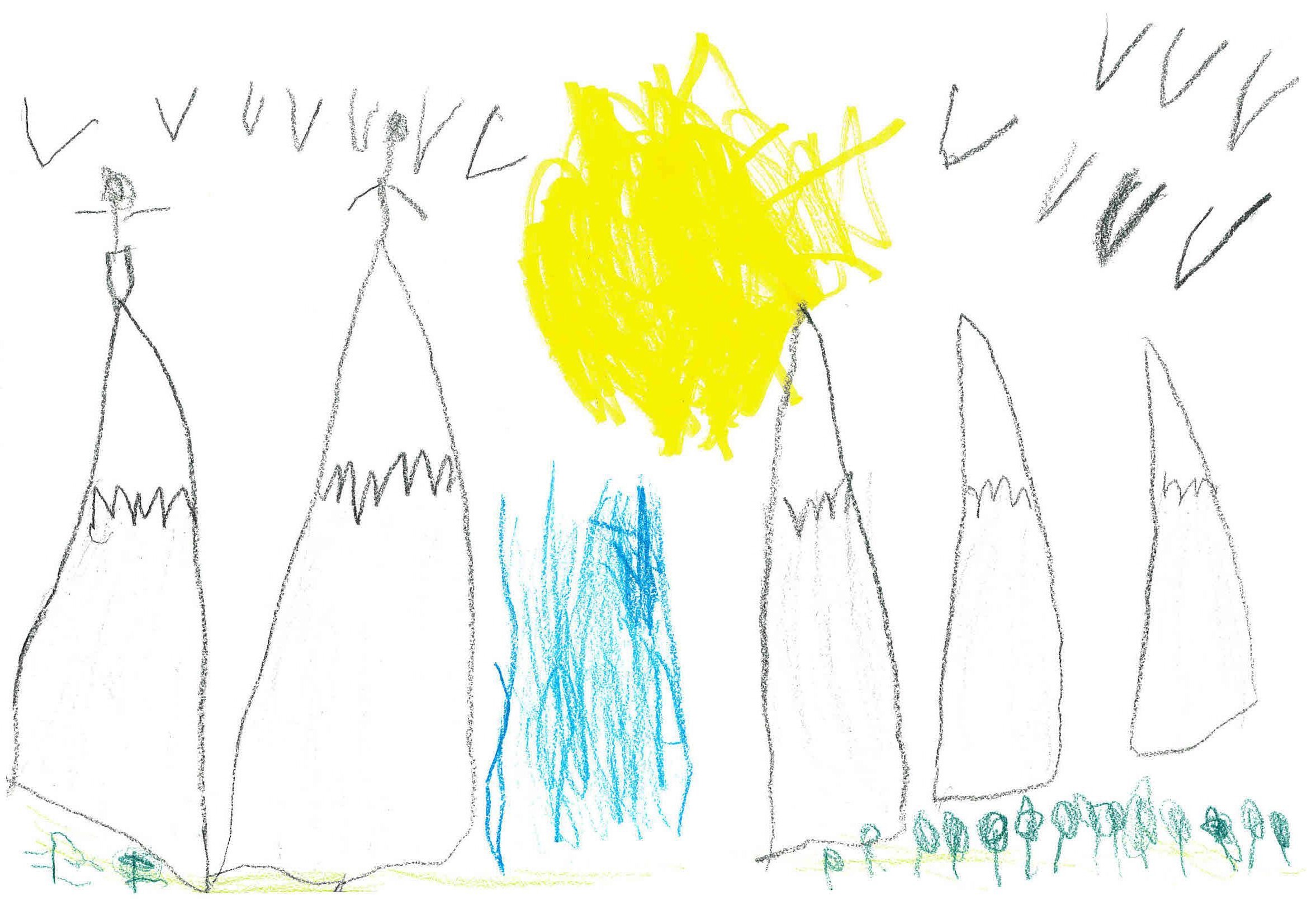 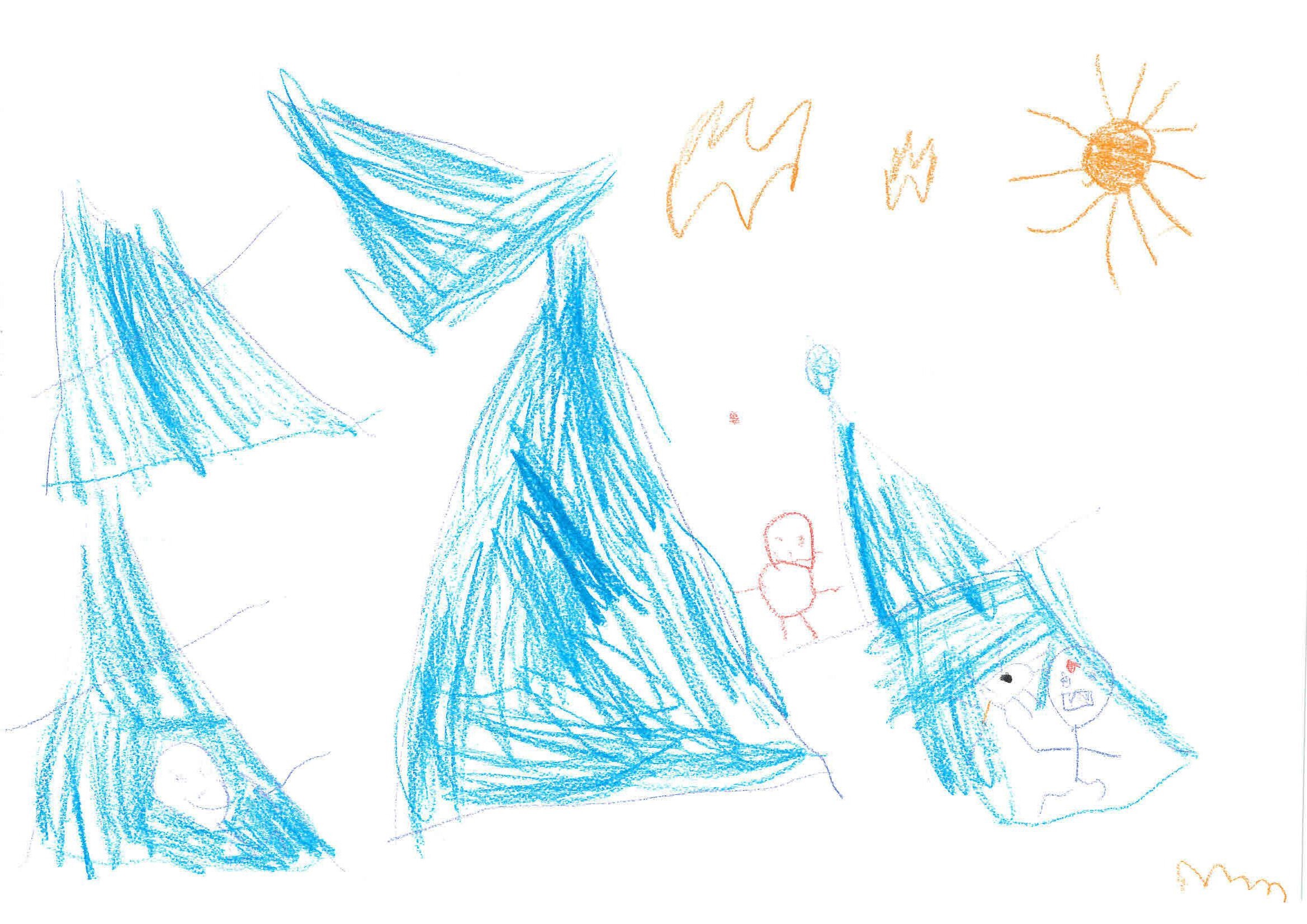 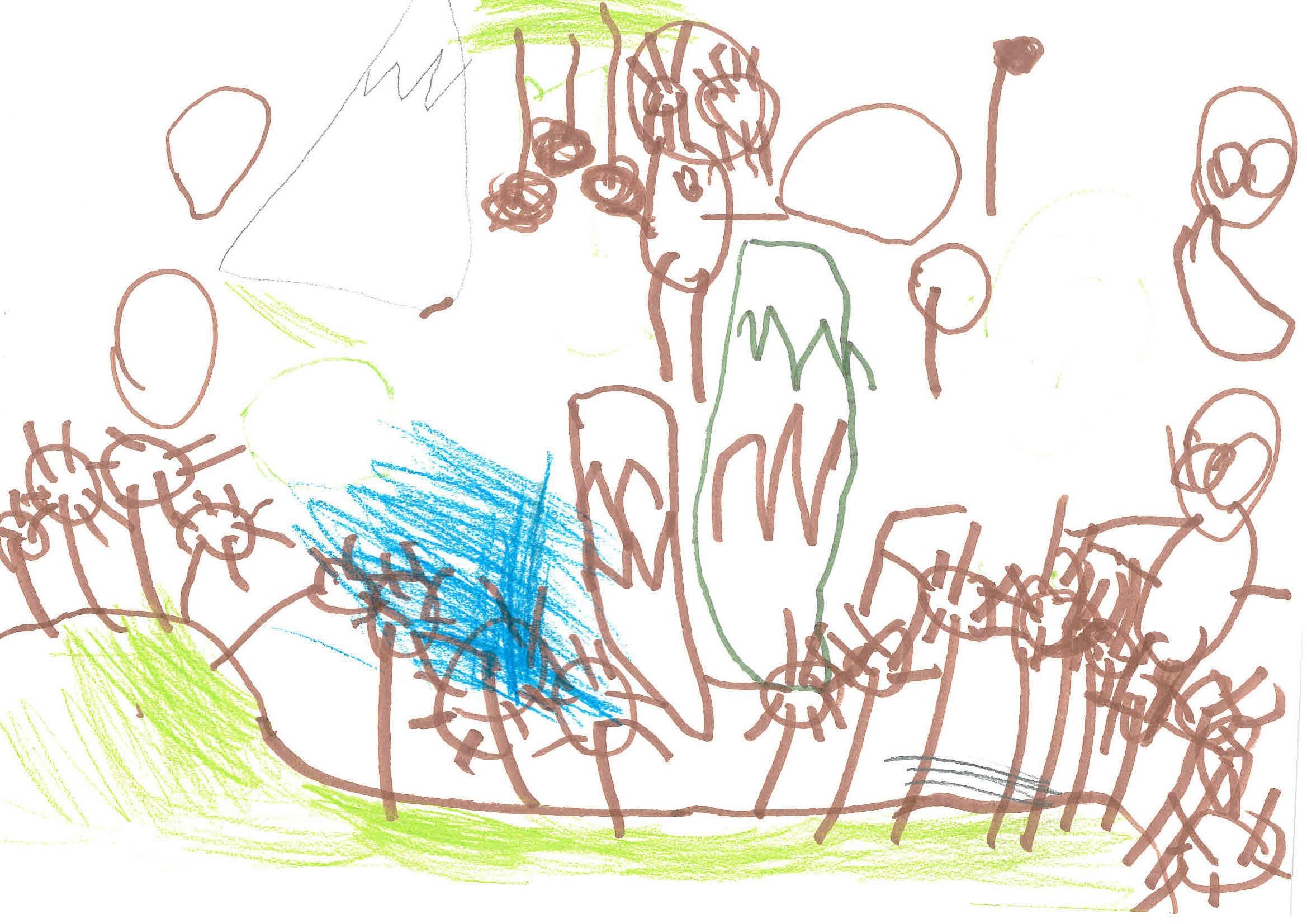 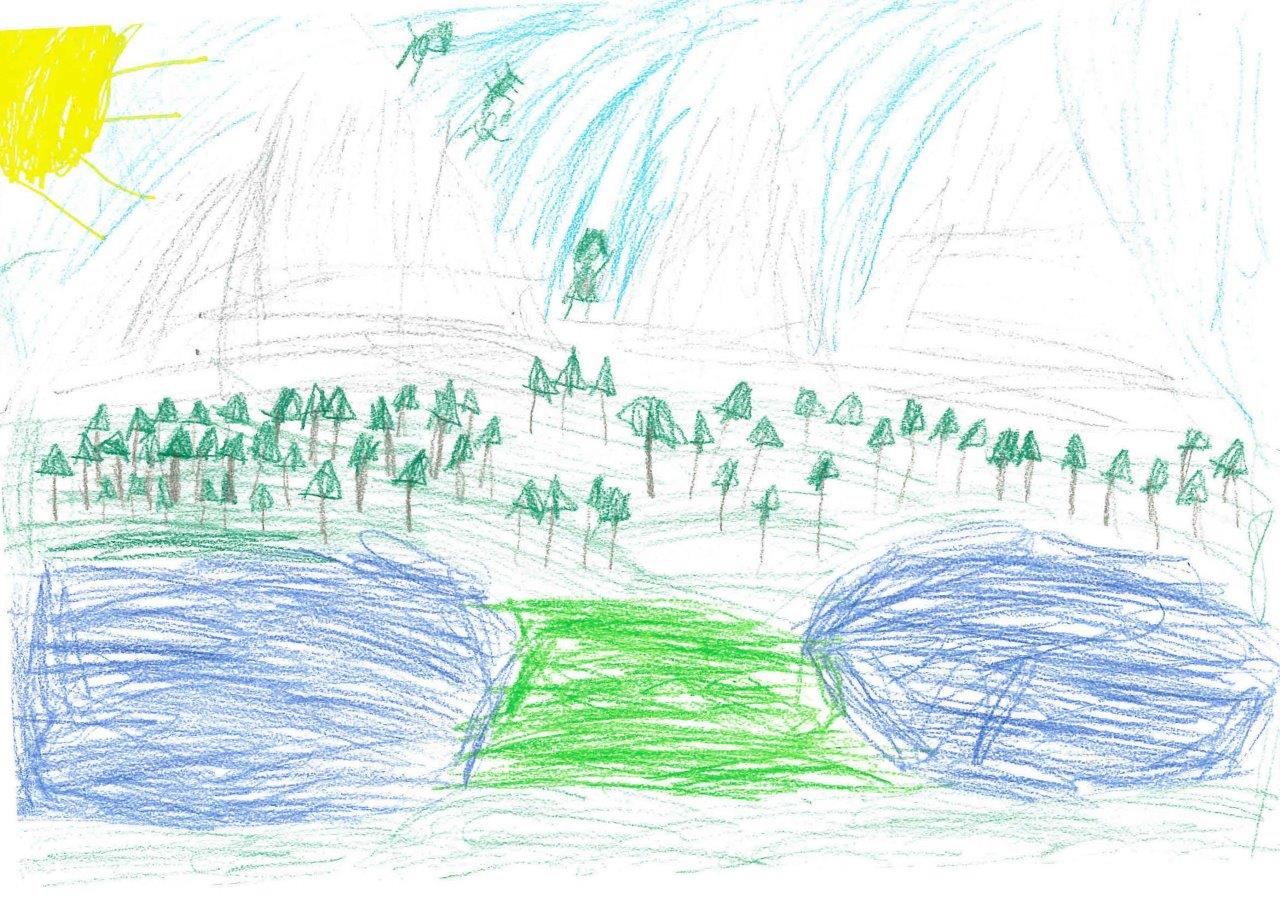 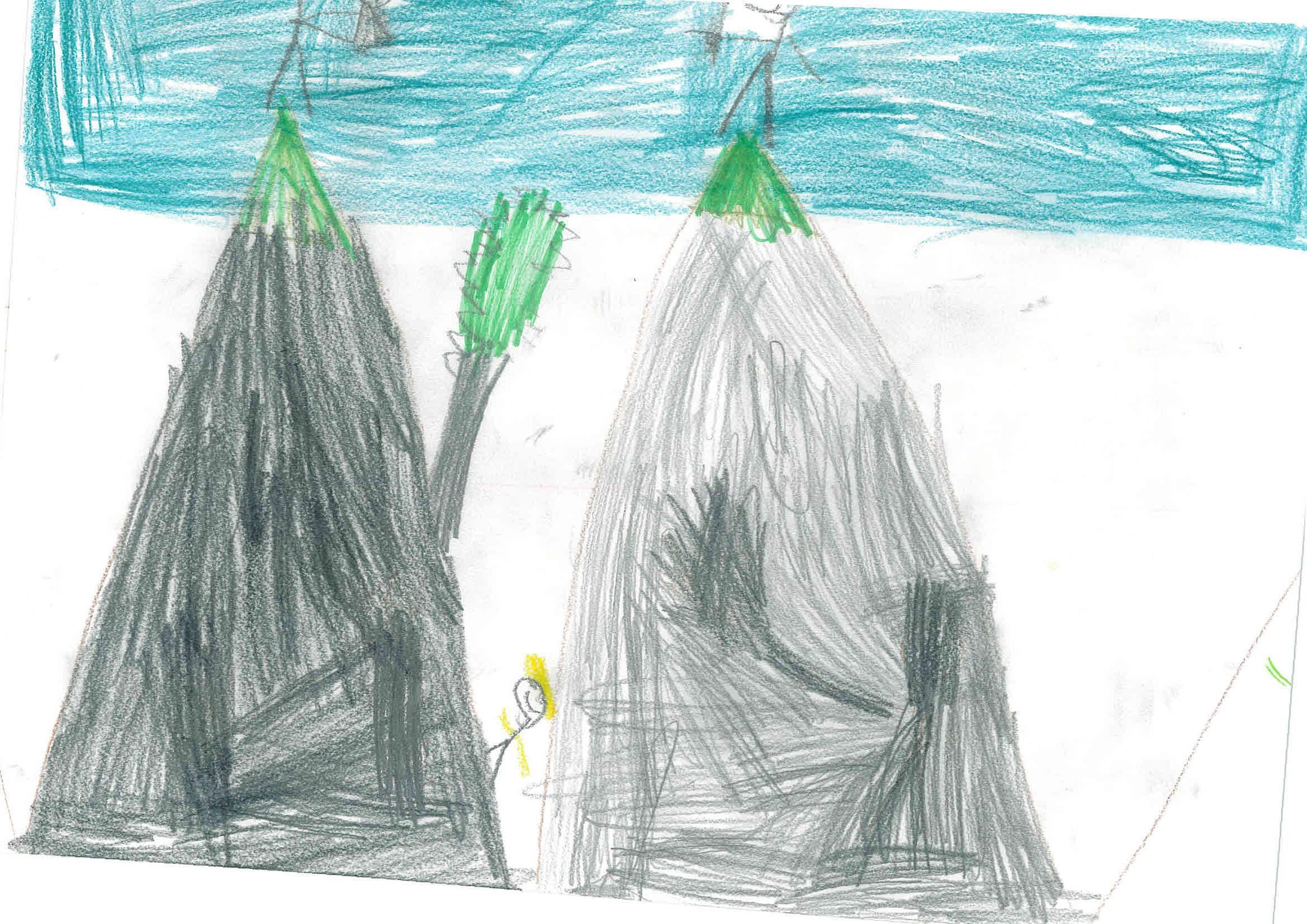 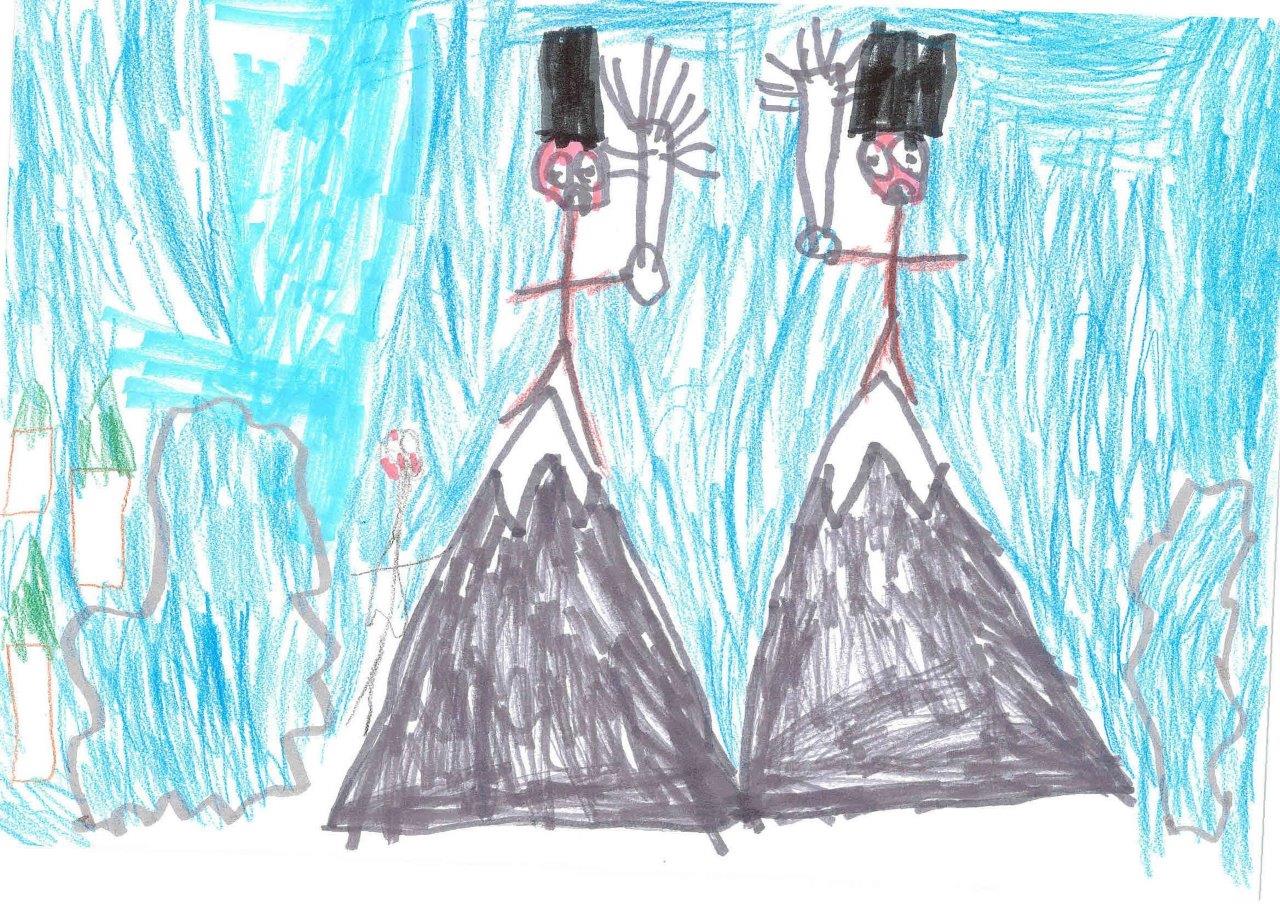 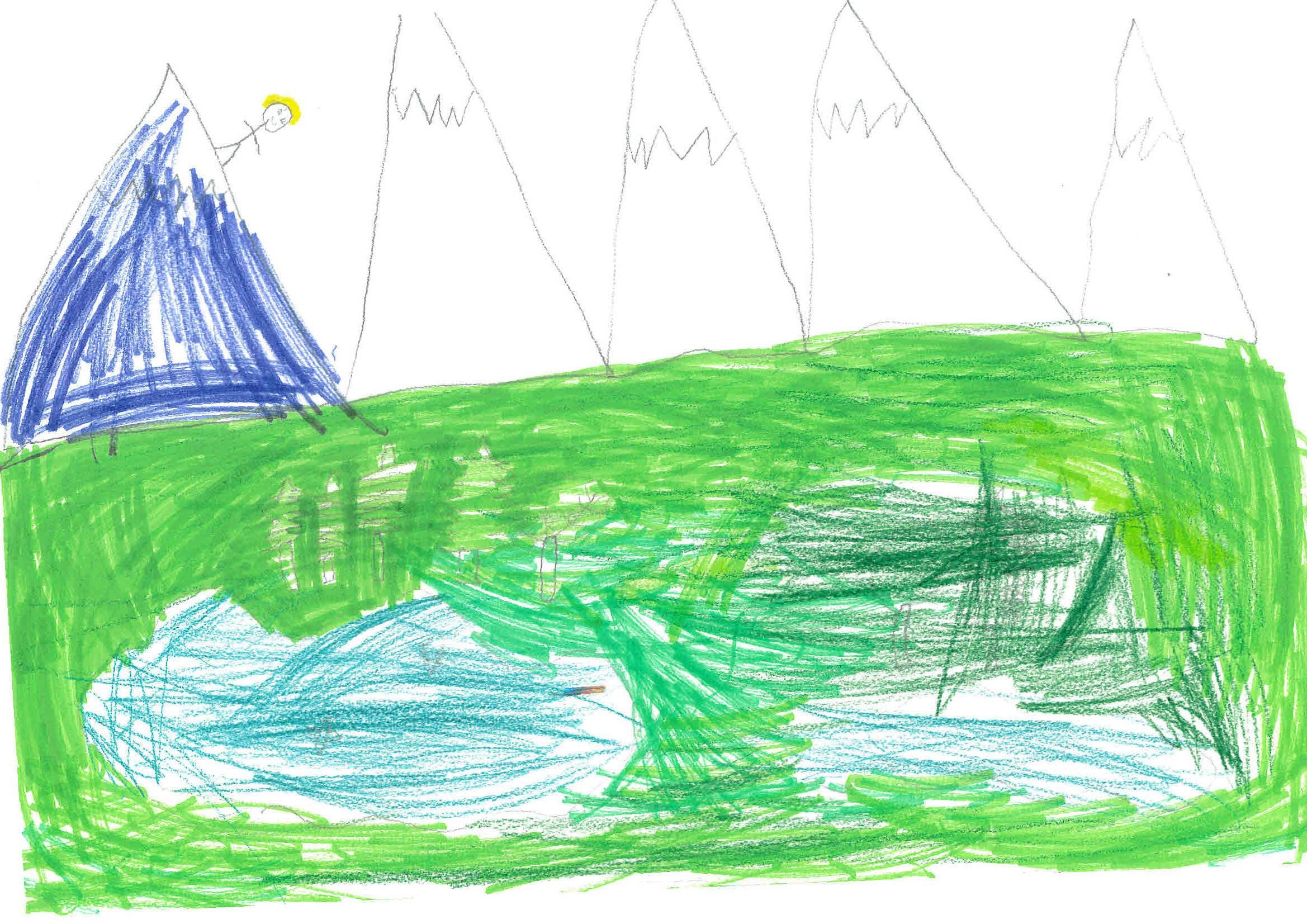 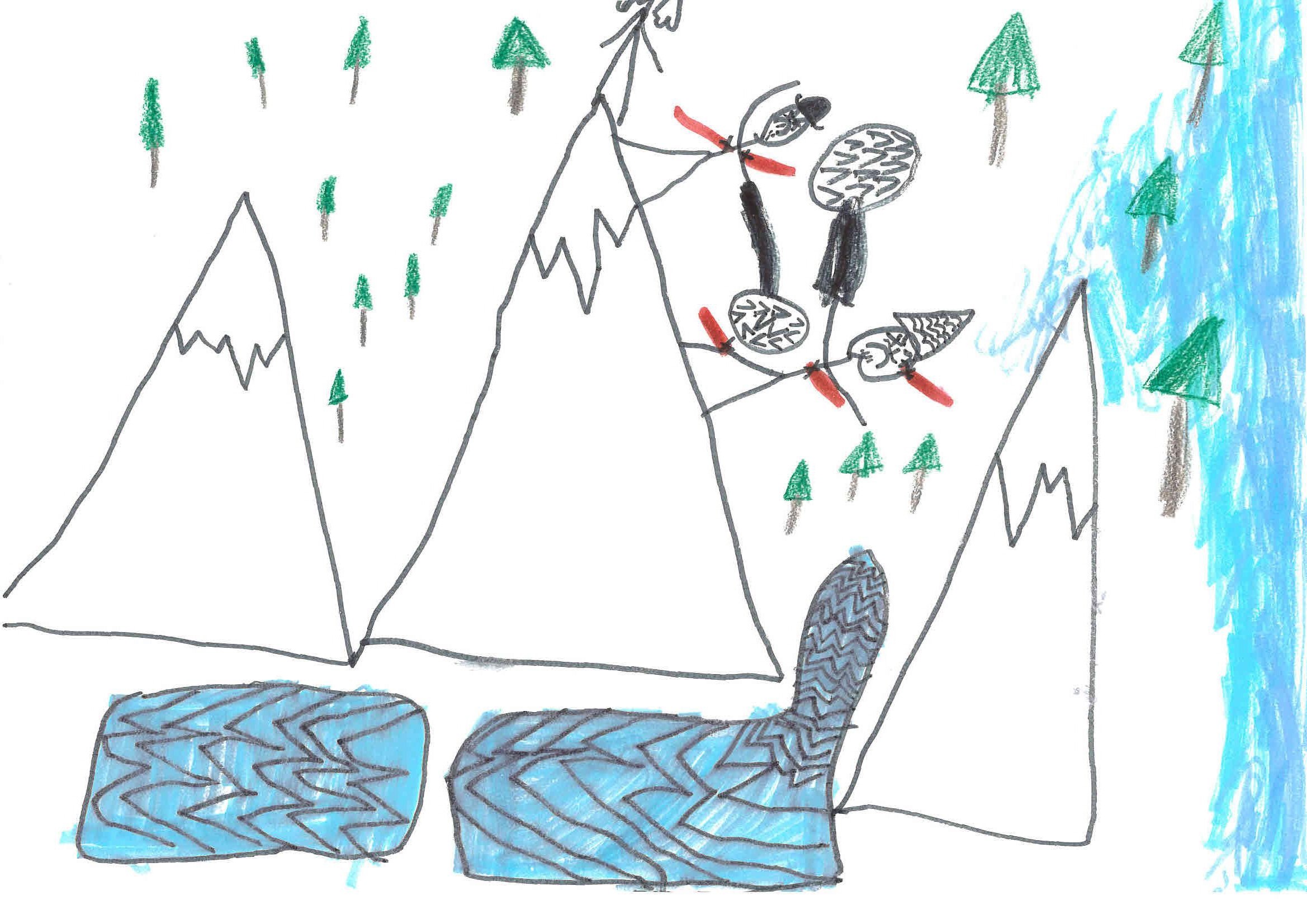 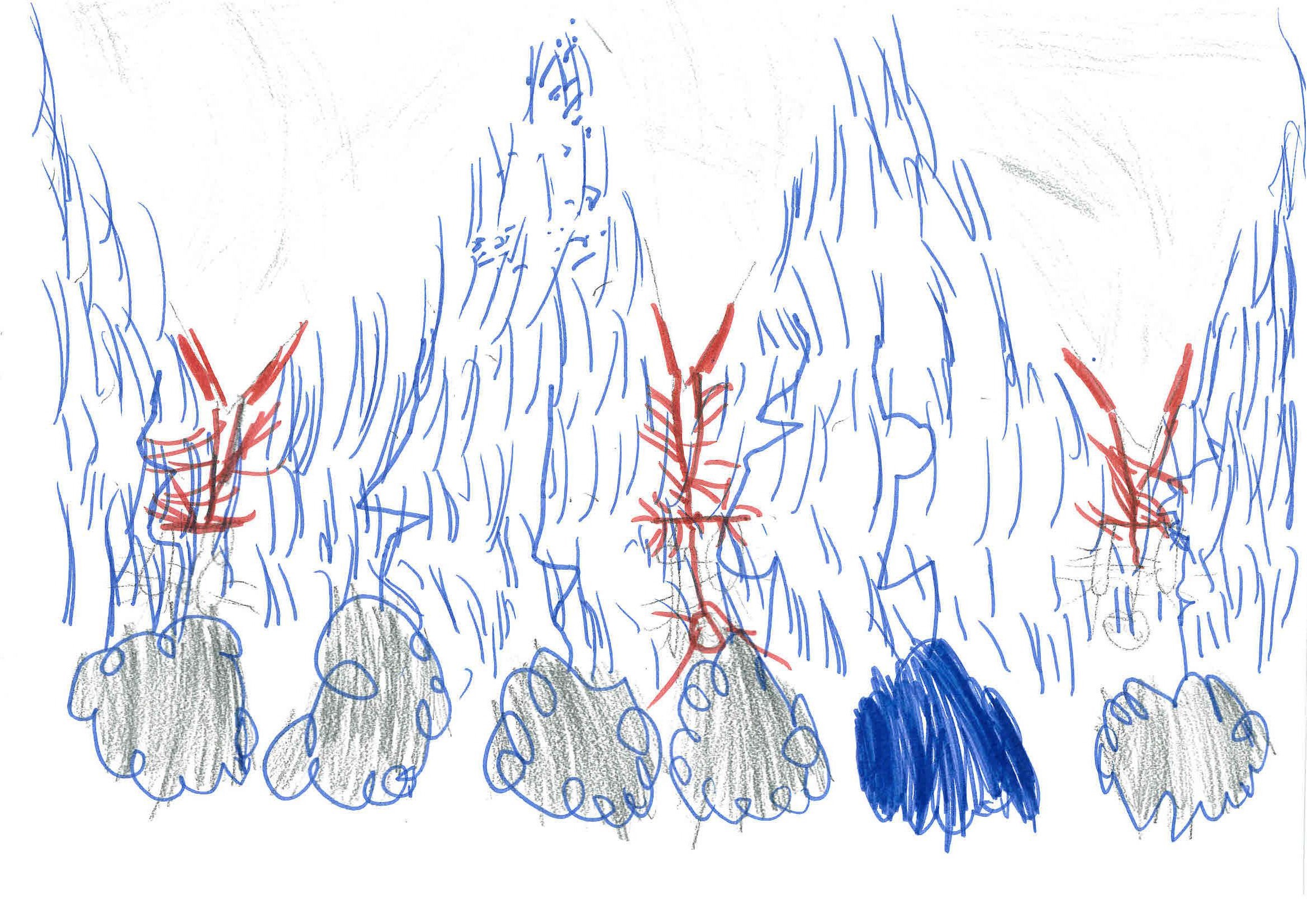 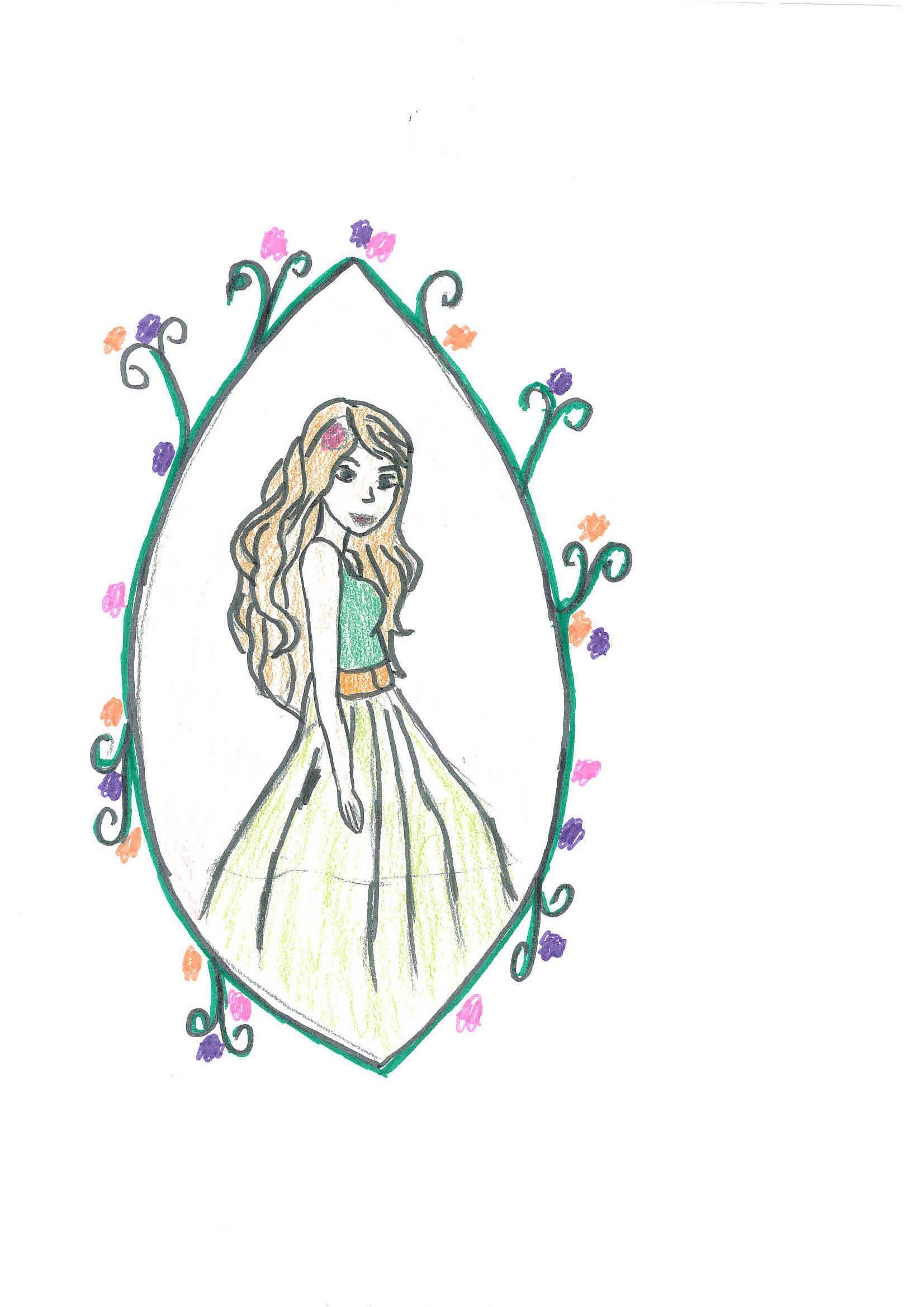 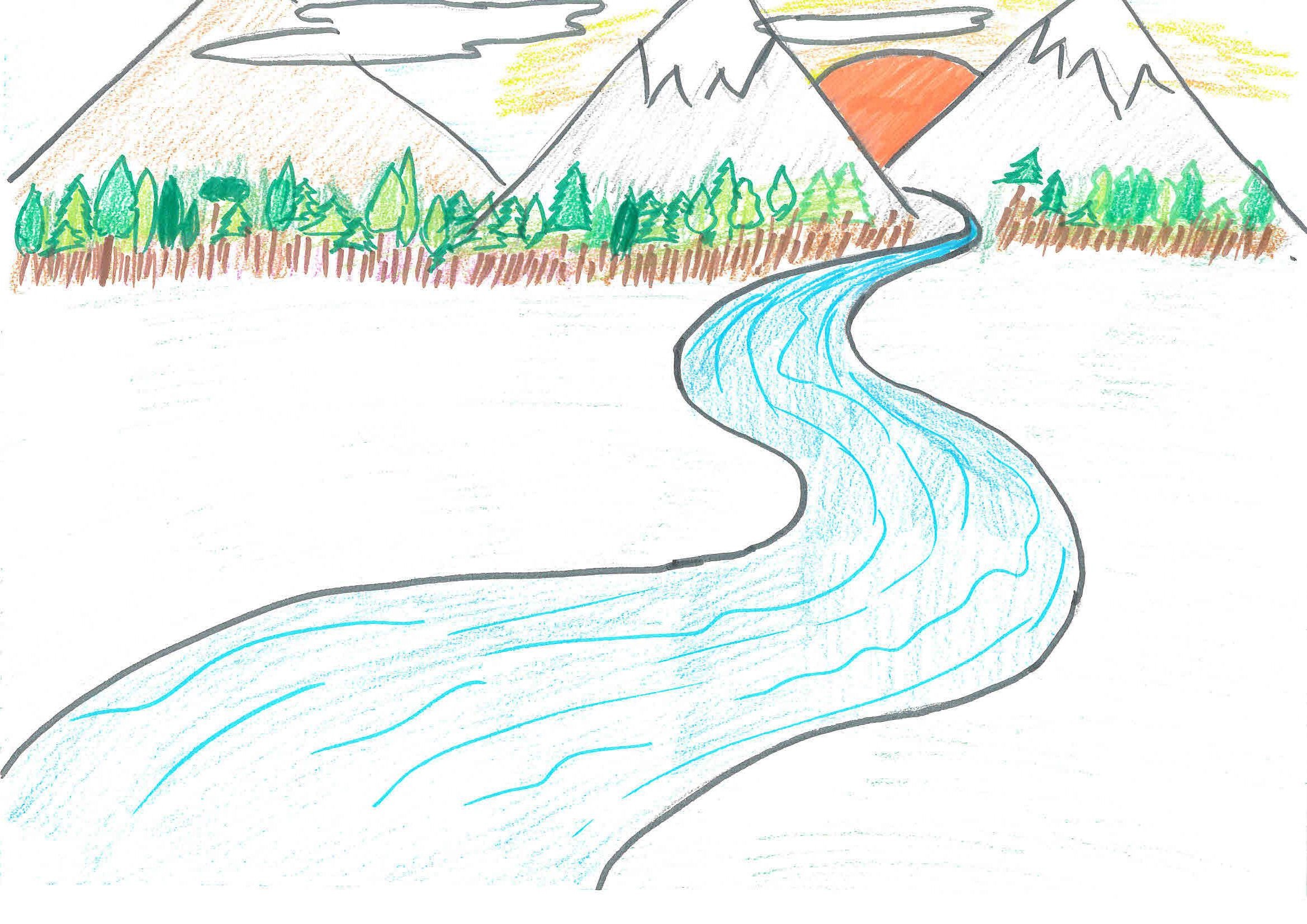 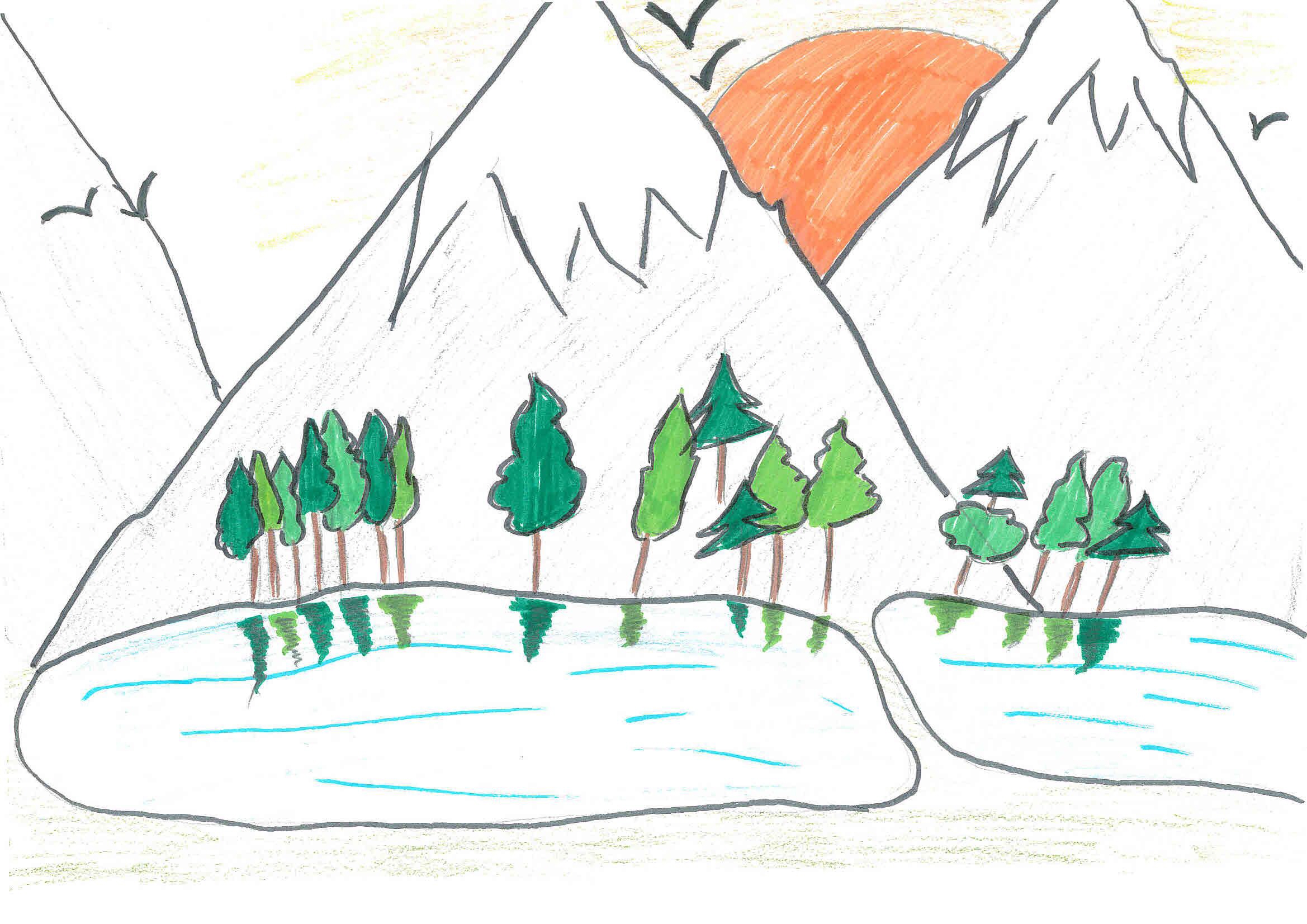