The Tortoise and the Hare

Tale summary
'The Tortoise and the Hare' is a fable about a proud Hare and a slow moving Tortoise that challenge each other to a race. The Hare, believing he could never lose to a slow moving creature such as the Tortoise, stops to rest, believing he has all the time in the world to spare. The Hare ends up falling asleep, and the Tortoise moves past the Hare to win the race.
Educational potential / Learning Outcomes
Recognizing one’s unique strengths is the key to success as it never helps to compare oneself to others.
A stupendous team effort and the maturity to pool in the resources led to a team victory for the hare and the tortoise.
Full Plot
Once there was a speedy hare who bragged about how fast he could run. Tired of hearing him boast, Slow and Steady, the tortoise , challenged him to a race. All the animals in the forest gathered to watch. Hare ran down the road for a while and then paused to rest. He looked back at Slow and Steady and cried out, "How do you expect to win this race when you are walking along at your slow, slow pace?" Hare stretched himself out alongside the road and fell asleep, thinking, "There is plenty of time to relax." Slow and Steady walked and walked. He never, ever stopped until he came to the finish line. The animals who were watching cheered so loudly for Tortoise, they woke up Hare. Hare stretched and yawned and began to run again, but it was too late. Tortoise was over the line. After that, Hare always reminded himself, "Don't brag about your lightning pace, for Slow and Steady won the race!"
One Lesson Plan
PROCEDURAL INSTRUCTIONS
Introduction Activity:
Before beginning to read aloud from The Tortoise and the Hare, tell students that you will be reading a special kind of fiction (a story that isn’t true) called a fable. Spell and write the word fable for students to see. Explain that a fable is a story in which the characters are usually animals. Show students the animals pictured on the cover of the book and ask them to predict whether these characters will behave like real animals or like people. Why do you think that? (Appropriate responses may be: They’re acting like people because they’re wearing clothes, they look like cartoons, etc.) Tell students that fables are about animals that talk and act like human beings. Also, every fable has a lesson to teach. Ask students if they can figure out what this hidden lesson is as they listen to the story.
Listen together with the children the story of the tortoise and the hare.
Continue the group discussion by asking students to recall the story and cite examples: What are some ways that Tortoise showed hard work and perseverance? How was he able to win the race when Hare was a much faster runner? What things did Tortoise’s friends do to help and encourage him? Discuss the role that a friend’s support plays in helping us to persevere.
Main Activity: Create a jigsaw puzzle with the children
The jigsaw puzzle includes an image of the winning tortoise with Aesop's moral for this fable: 'Don't forget: slow but steady wins the race!"
Materials you need: paper, printer, scissors, cardboard, glue, something to color with.
How to: Print out the Hare and the Tortoise puzzle template.
Cut out a piece of corrugated cardboard the same size as your template (8 1/2 x 11 ish). Glue your page onto it.
Using sharp scissors or exacto knife, cut out the cardboard along the puzzle template lines.
Additional Resources: Print the templates of this activity
Next, tell children that they will all have a chance to practice perseverance. Have students work in pairs to learn to do a 180-degree jump turn. Demonstrate how children should stand with feet shoulder-width apart and jump while turning their bodies 180 degrees, landing with their feet facing the opposite direction. If children can do this, ask them to try a 360 degree jump turn (full turn), landing with their feet facing in the same direction that they started. One partner encourages the other as he or she practices the jump. Give the first students several minutes to practice this challenging jump (gauge the time according to your students’ success and/or frustration) and signal partners to switch roles.
Debriefing: After the activity, gather children together to discuss their experiences, asking questions such as: How did it feel being unable to accomplish what seemed like a simple activity? When something is difficult, does it mean that you can’t do it or that you won’t ever learn to do it? Does practice make a difference? Did you work hard and persevere, or did you give up? Did you and your partner encourage one another? How would you feel if someone made fun of you when you were trying your best?

The Tortoise and the Hare - Story Song for Children | 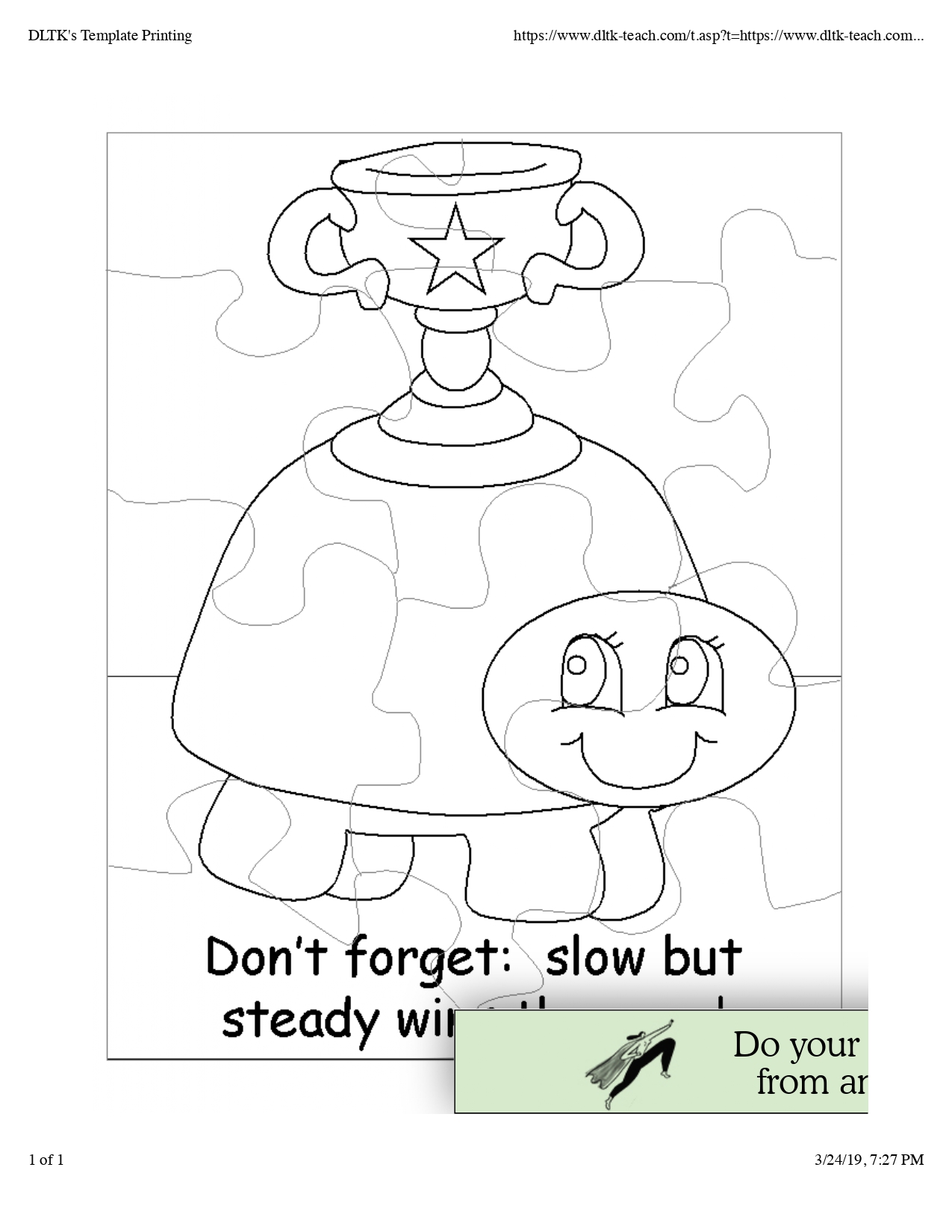 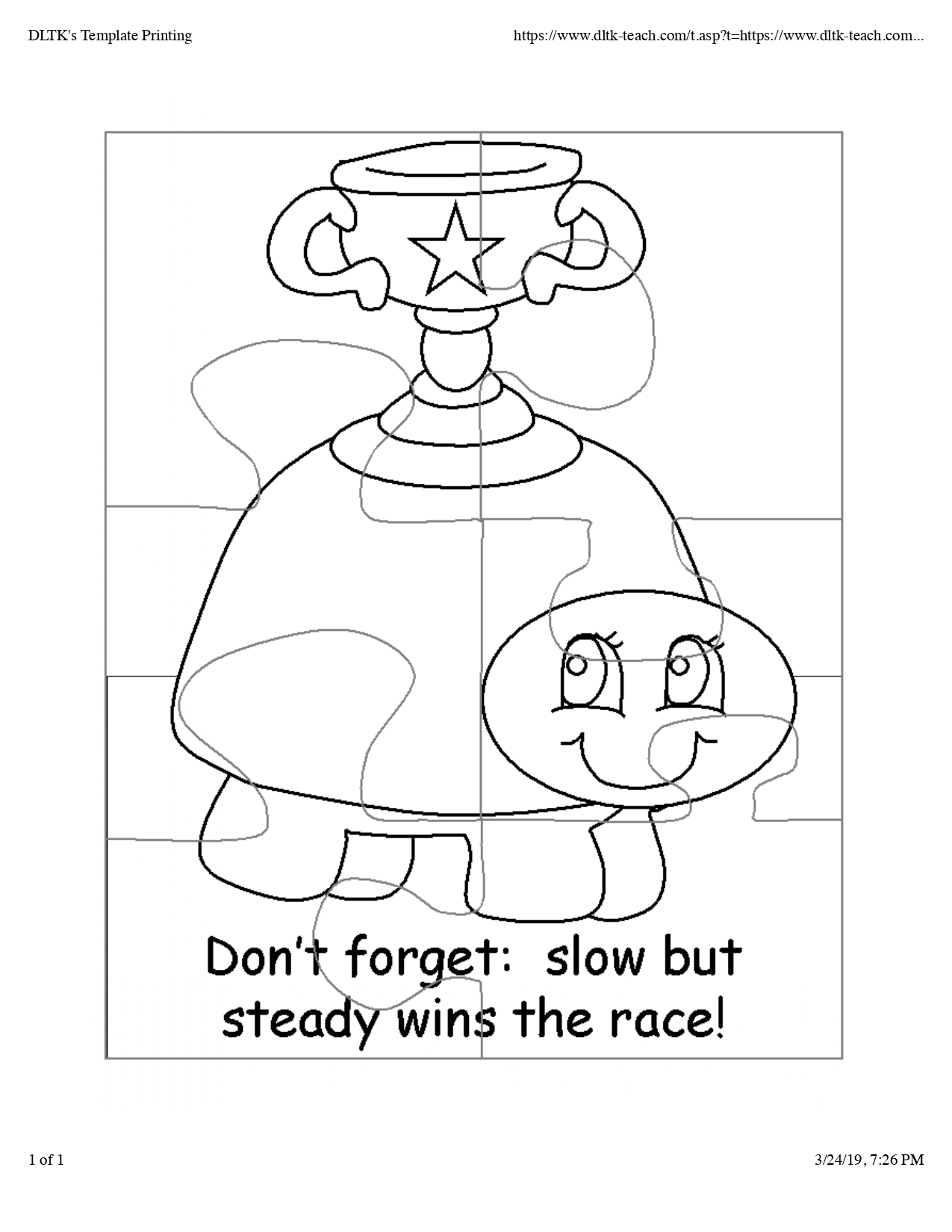 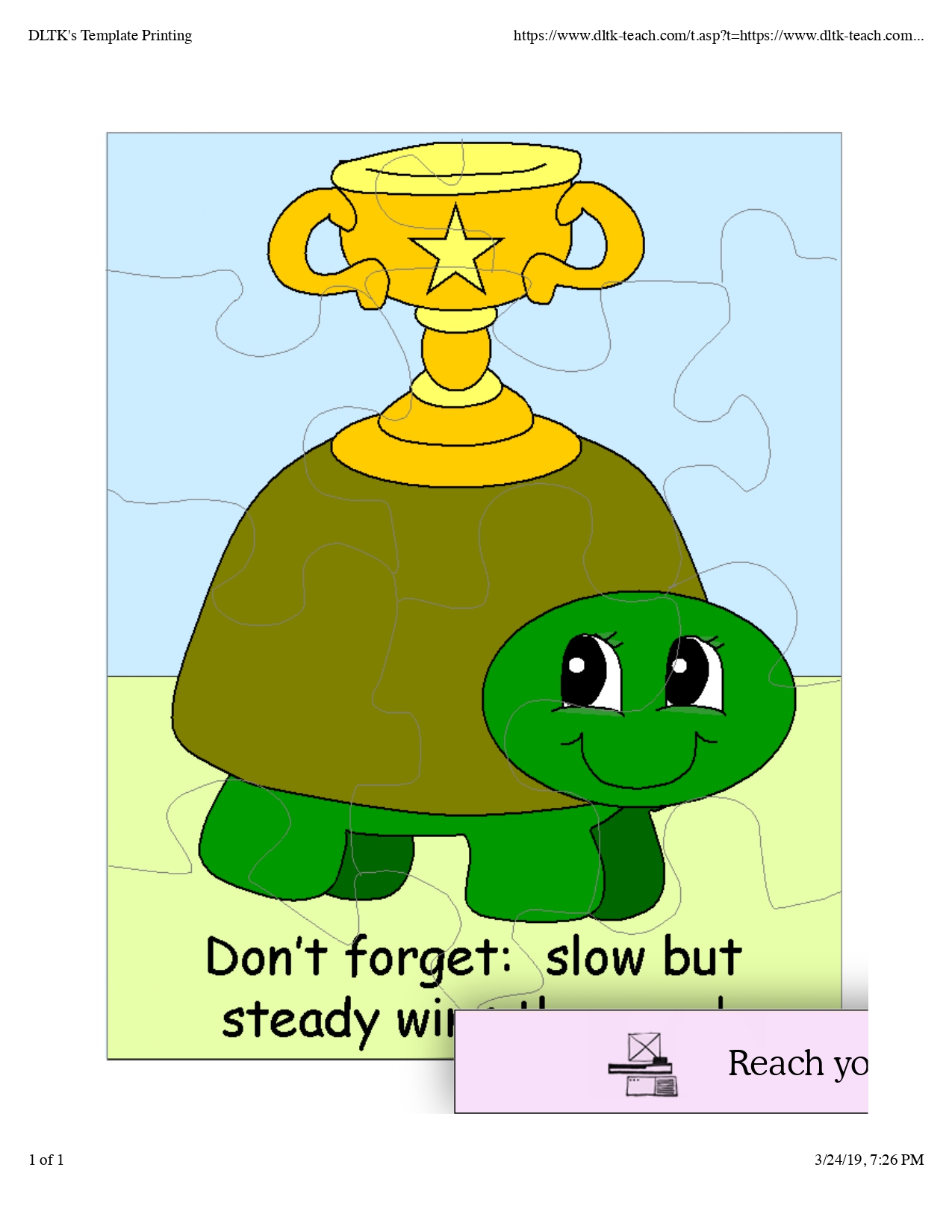 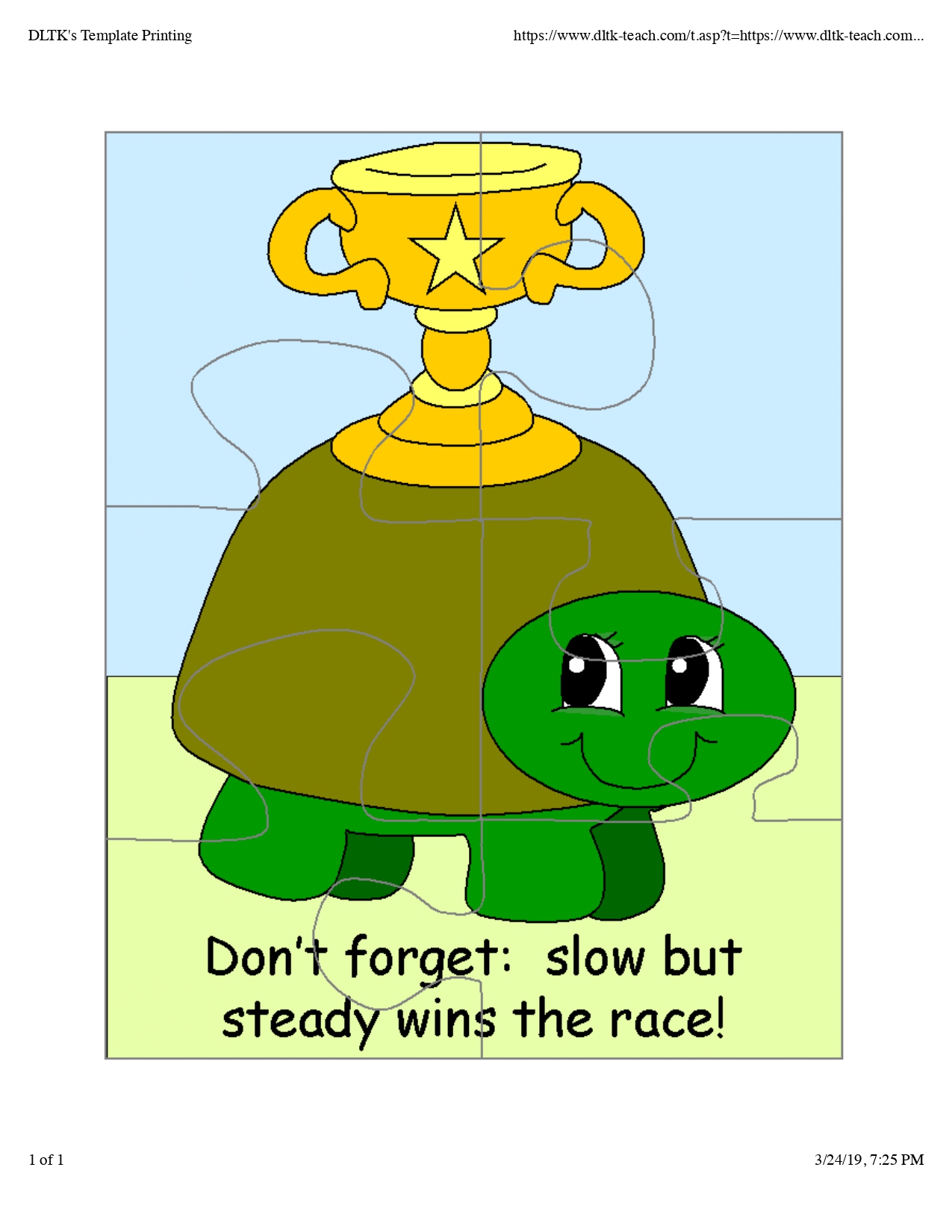