Tale summary
In 1896 in Livorno at Eden, the park of amusement, there were the first projections of Lumiere brothers, the famous inventors of cinema. A lot of tourist went to Livorno, where there were famous artists, as Mascagni, Benvenuto Benvenuti, Renato Natali, Oscar Ghiglia, Gino Romiti and Modigliani.
Educational potential / Learning Outcomes
Discovery of the customs and traditions of the population of the early '900 and the history of cinema and the city.
Deepening the knowledge of one's own city
Development of the artistic sense
Full Plot
Almost certainly every one of you has been to the cinema at least once. Well
know that the Leghorn people were among the first to see projections
and the cinematic world. In fact, it is a story that began more than a hundred years ago, exactly the
June 30, 1896, when in the "EDEN, roller coaster" amusement park.
the first Lumière film screenings began. The Lumière, more not
were that two brothers French inventors of cinema. But why did they choose precisely
Livorno? At that time our city was loved by tourists, also attracted by famous
Leghorn artists such as Mascagni the musician and Welcome Welcome, Renato Natali,
Oscar Ghiglia, Gino Romiti the painters and the famous Modigliani, artist and painter of strange
paintings that had won prestigious awards in Paris, which had given so much
at the Lumière brothers' cinema.
At that time of "Belle Epoque" in Livorno we had to work hard to accommodate
tourists and entertain the holidaymakers in the best possible way. Here, then arrive the first
screenings of the famous films of the two Lumière brothers, who achieved so much
success. At first the cinema was a spectacle to offer tourists in the summer
in the tents, then with time the thing expanded even in winter and were created the
the first masonry theatres, what today we call "cinema". The transmitted films
were also produced in Livorno, in fact, in 1897 is transmitted the launch of the
battleship "Varese", an imposing warship launched at the shipyard's port of call
Orlando currently exists. Here is that film screenings, from
simple entertainment to attract vacationers, they became a real
entrepreneurial activity capable of creating jobs and money for families
Leghornese. At the amusement park "Eden, Rollercoaster", there was not only the
but there were a lot of banquets that sold out to the public.
candyfloss and sweets of various kinds. There was also a beautiful merry-go-round and some
fabulous roller coaster to admire the sea of Livorno from above.
amusement park was a place of aggregation and amusement, for all the
families Leghorn and beyond, and made our city even more beautiful and unique.
One Lesson Plan
Using the CIRCLE TIME as a privileged tool, we wanted to create a moment of dialogue and sharing during which the children, seated in a circle, together with the teachers, the parents who heard them and the parents who told them, contributed to creating a democratic exchange of emotions, ideas and testimonies, comparing themselves on an equal footing with their interlocutors. Cutout and collage activities
Classification of the elements of the story (the rides, the trees, the characters, the roller coaster, the ball, etc..)
Creation of a poster (Amusement park) with activities of beautification of the backgrounds with the use of watercolor pencils and subsequent painting with water for the backgrounds of the sea, earth and sky.
Graphic reworking of the experience. 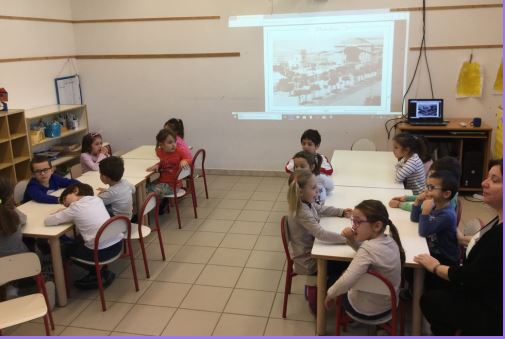 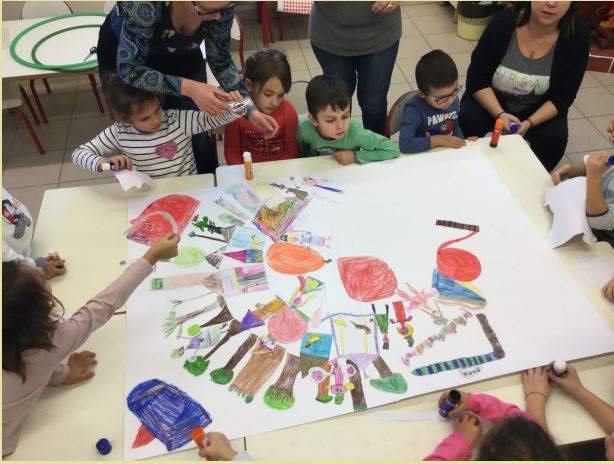 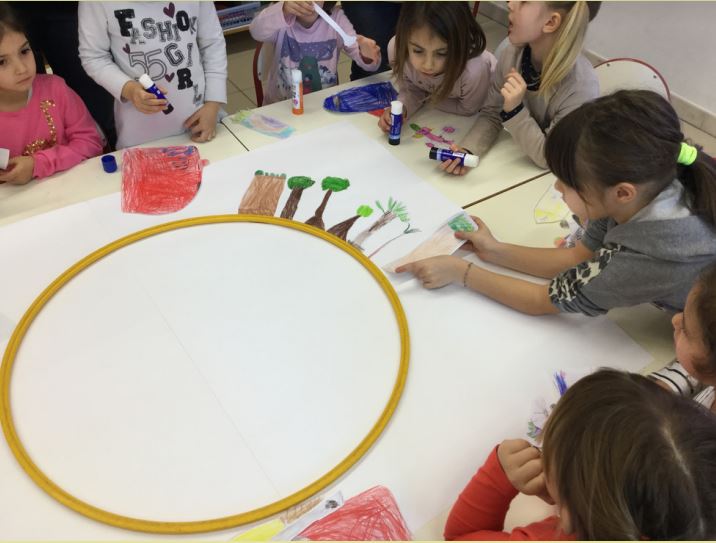 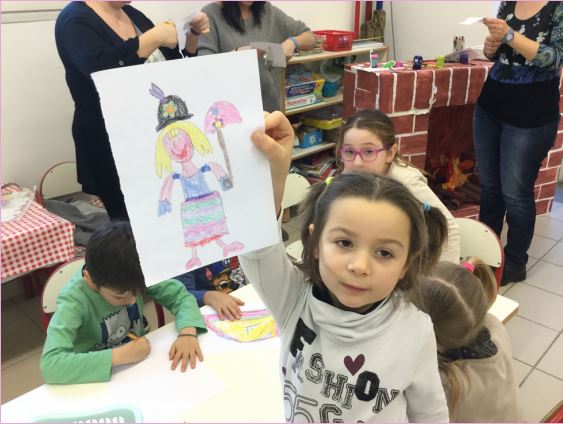 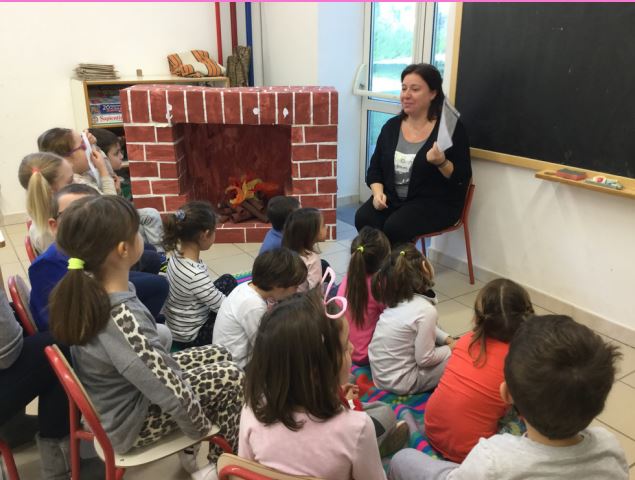 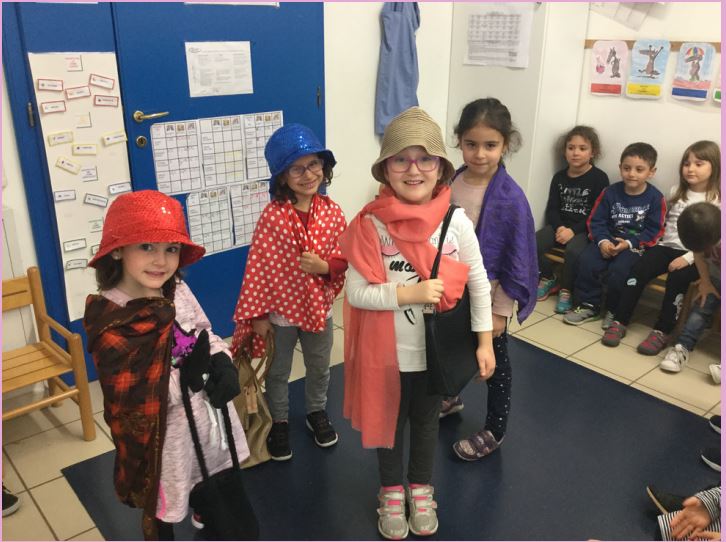 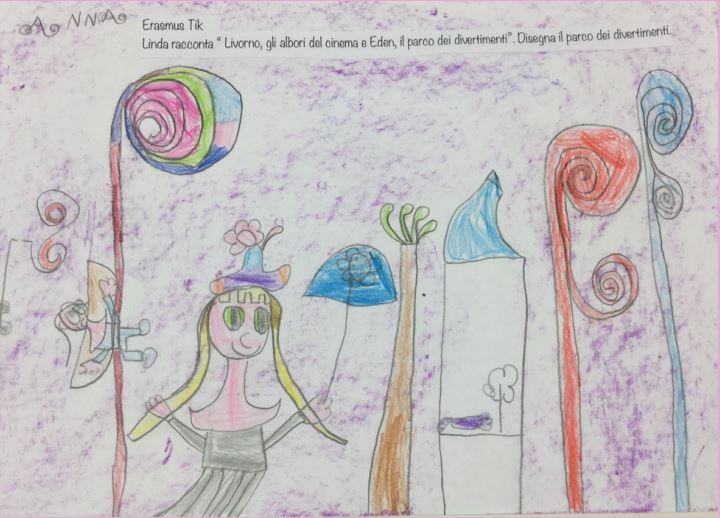 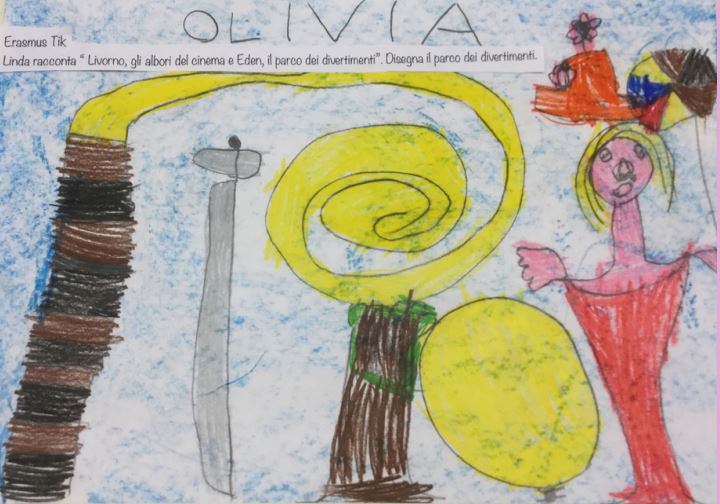 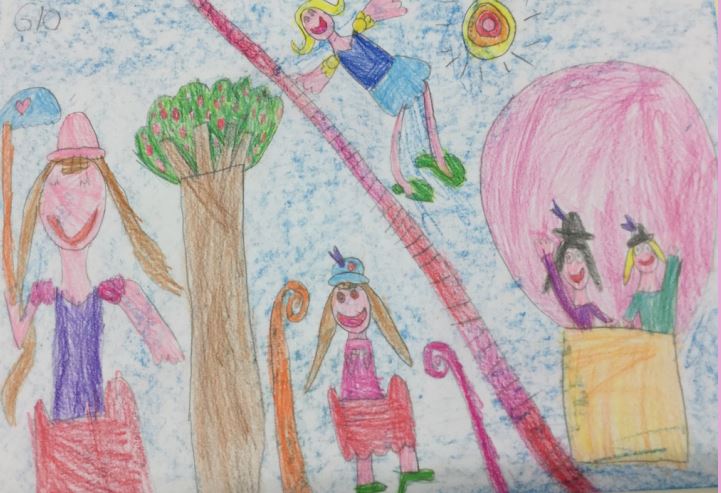 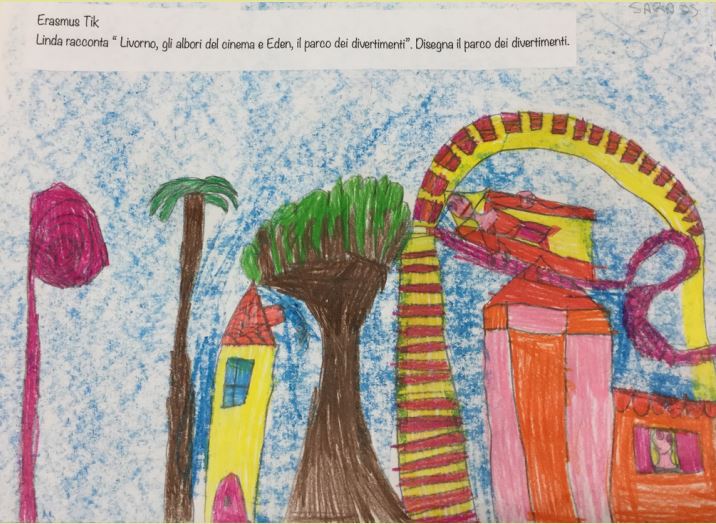