Tale summary
Once upon a time, it is said that there was a beautiful girl, named Viorica, who was approached by an ant colony one day and asked to be their queen. Viorica turned out to be a good queen for the ants, and the latter repaid her by raising her palace (the mountain) more and more, as well as by planting flowers on it. One day, a handsome prince came to the mountain, and Viorica fell for him. The feelings were mutual, but Viorica had promised the ants not to leave them. She decided however to go outside once, only to discover that time had passed differently outside her kingdom and her love interest was not an old man. Thus, she returned to the ants, forever to be their queen. The mountain which was her palace is now called Furnica Mountain.
Educational potential / Learning Outcomes
This tale has a high educational potential from the following point of view:
1. Basic/ age-adapted knowledge about Romanian
geography, especially about the beautiful girl Viorica, who became the queen of the ants.
2. Introduce key words related to cultural/ geographic aspects
3. Introduce basic knowledge and experience learning about
dedication, devotion, trust in people, love for nature, diligence
4. The story helps children understand the importance of helping the people in need, that kindness is the best way to live in harmony, and when we are in danger we must not lose hope since everything has an answer, and together we can do very many things.

Full Plot
Adaptation after a legend by Carmen Sylva, reprinted in the book The Tales of the Peles –

Once upon a time there was a beautiful girl named Viorica. Her hair was like gold, blue eyes like the sky, and red lips like roses. The beautiful Viorica was diligent and gentle, and everyone loved her. But Viorica was alone in the world, and that's why she often stood in front of her cottage, staring sadly. As she was sitting there one day, she saw a long queue of ants approaching. Suddenly, they stopped and formed a circle around Viorica. One of the ants came forward and spoke to the girl:
"We know you very well, Viorica, and we often admired your diligence. And we also know you're alone in the world. That is why we ask you, come and rule over us as queen. We will build a palace for you, more beautiful and bigger than anything you have ever seen in the world. Only one thing you have to promise: that you will not return to your people, instead you will stay with us and forever be the queen of the ants.
"I wouldn’t want anything else but to stay with you," replied Viorica, ”as your queen, of you, ants, for nothing holds me back, to stay among people”.
And so Viorica left with the ants and went until they reached a place that seemed ideal for building a palace. The ants built a beautiful palace in no time, adorned with flowers and leaves. For Viorica, life was beautiful as one of the ants, and she turned out to be a gentle queen, who always had good counsel for ants. So, with so much love, the ants were raising their palace, adorning it with more and more beautiful flowers. From the outside, Viorica's palace seemed to be a mountain top.
One day, as she was standing in her room, she heard noises around the mountain and nervous voices.
”Our house is about to fall apart”, the ants shouted. ”Wicked people get into it”. "It's okay," Viorica said.
”I shall solve this problem”. And, having said that, Viorica came out of her palace, where she saw a handsome young man - the son of an emperor.
"Who are you? Why are you here?" Viorica asked assertively.
"Apologies, beautiful girl! the young man replied. You have my honest word that I will be a devoted defender of ants starting from today. How could I have imagined that the ants have such a beautiful queen?”
"Thank you," replied Viorica. ”I'm only asking that no man ever enters my kingdom.”
Hearing these words, Viorica disappeared as if the mountain had swallowed her. But the Emperor's son remained there, in front of the mountain, as if he had been dreaming. He still had hope that the beautiful queen would come back and he would see her again. He stayed there for a long time, but he only saw endless queues of ants. That night, Viorica was very uneasy. Never before had it seemed to her that there was not enough air in her kingdom. But now she wanted to go out in the sun and fresh air, but she was afraid and did not want to break her promise to the ants. Still, Viorica was getting sadder by the day. Then the ants asked her with fear, "Queen, do you not like us anymore?" But Viorica replied, "Oh, I just want to go out a little. And before the sunset I will be back to you. "The Ants agreed, but when Viorica came out, everything had changed. Time had passed since she had left her cottage, and the Emperor's son was now an old man. Viorica knew nothing around her and, looking at the mountain that the ants had built in time, she realized that that was her home now. Returning to the palace, the ants immediately brought her the finest flowers and nectar and dew drops. And they decided to build the palace higher and higher until a great mountain appeared, and this mountain is called Furnica today (”The Ant”).

One Lesson Plan
Our suggested activity is to recreate the cycle of life of the ants using recycled materials.
Subject: people and society
Topic: Furnica Mountain
Aims: to improve knowledge about sciences, particularly geographic knowledge about Romanian mountains; improve handiness by recreating an anthill
Objectives: to name a Romanian mountain, to name the color representing mountains on the map, to recreate an anthill.
Warm-up: a video about ants’ life and questions related to the legend of the Furnica Mountain.
Activity: The legend will be told while simultaneously showing images of it. Then, children will be asked various things related to ants, like how they look, what they do, where they live, what they eat, what happens in the story, what’s the role of the queen ant and how it should act.
After this, children are asked to recreate an anthill like the one in the story, using recycled materials (cardboard, paper, plastic bottles etc.). They will be told that the procedure will be similar to the one required when they built the volcano. There will be a few teams, each one with its own role: one will glue plastic bottles together, one will wrap the glued bottles with cardboard and paper, and one team will paint the anthill, as to look as close to the original as possible.
After the work is finished, while the paint dries, the children can enjoy a slice of molehill cake, given that it resembles an anthill, and they are provided feedback for their effort. 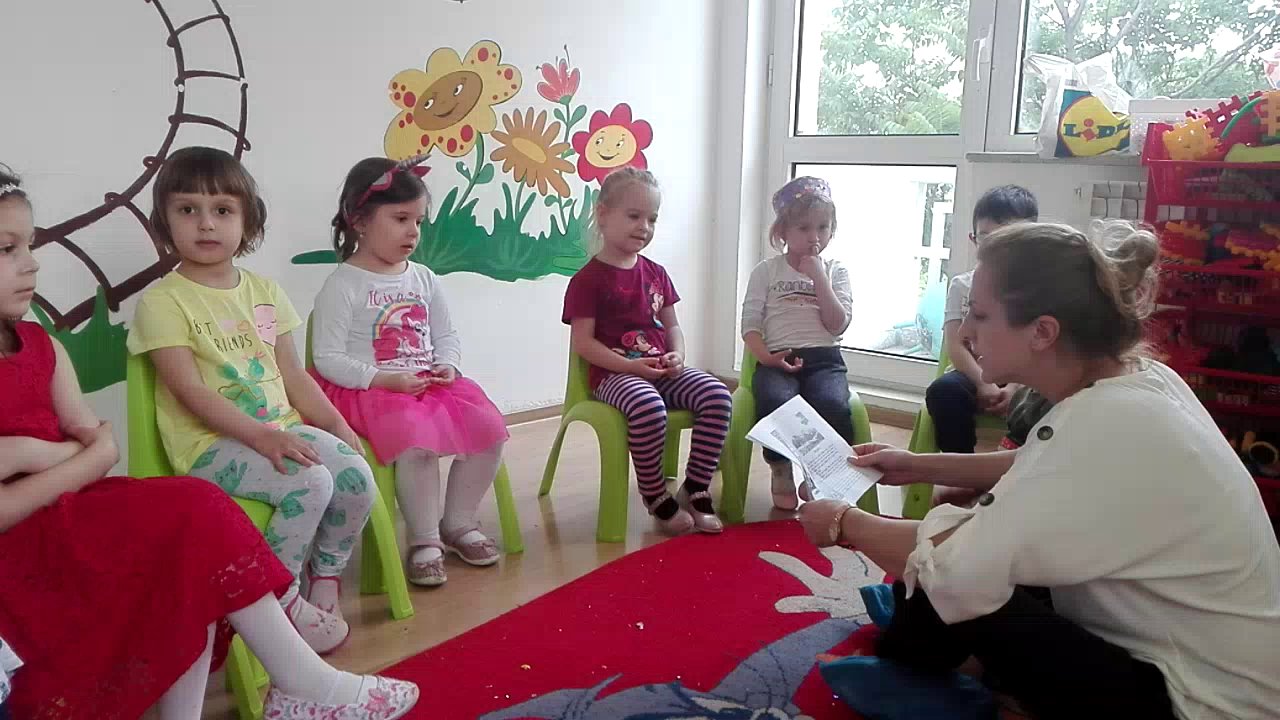 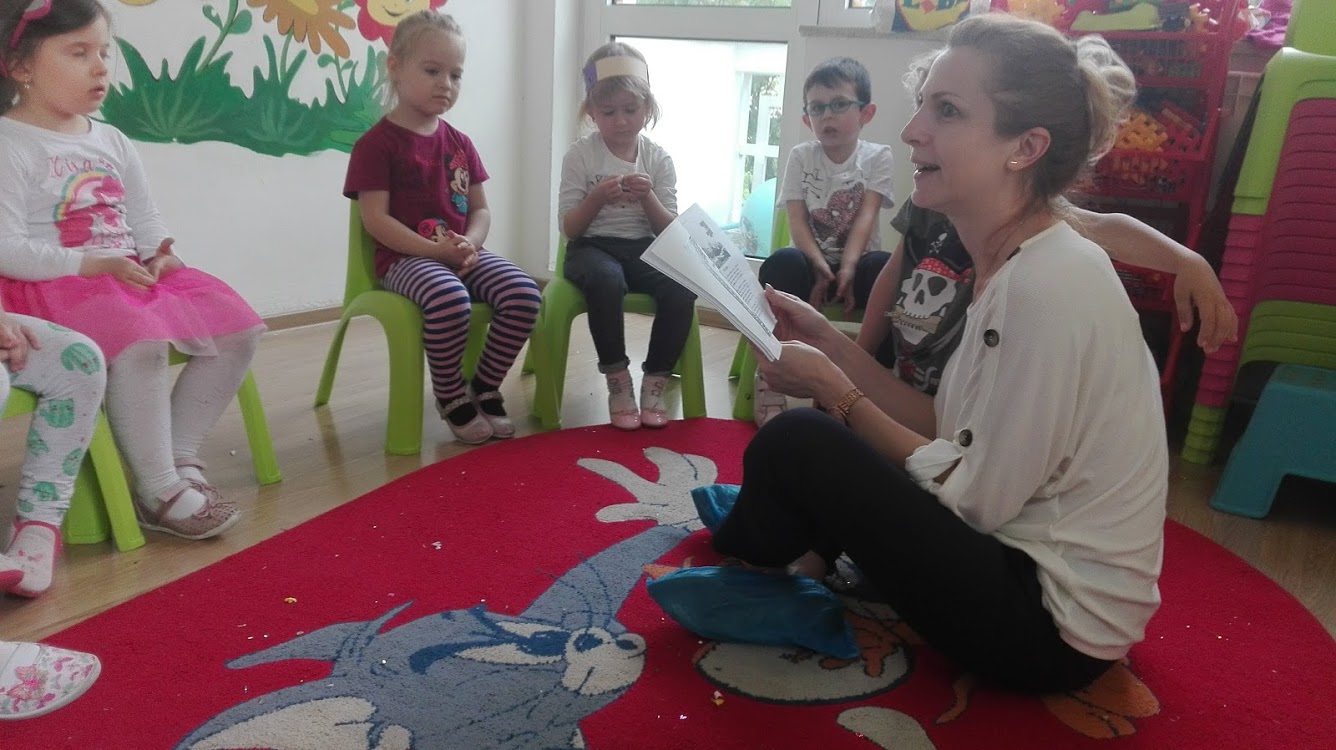 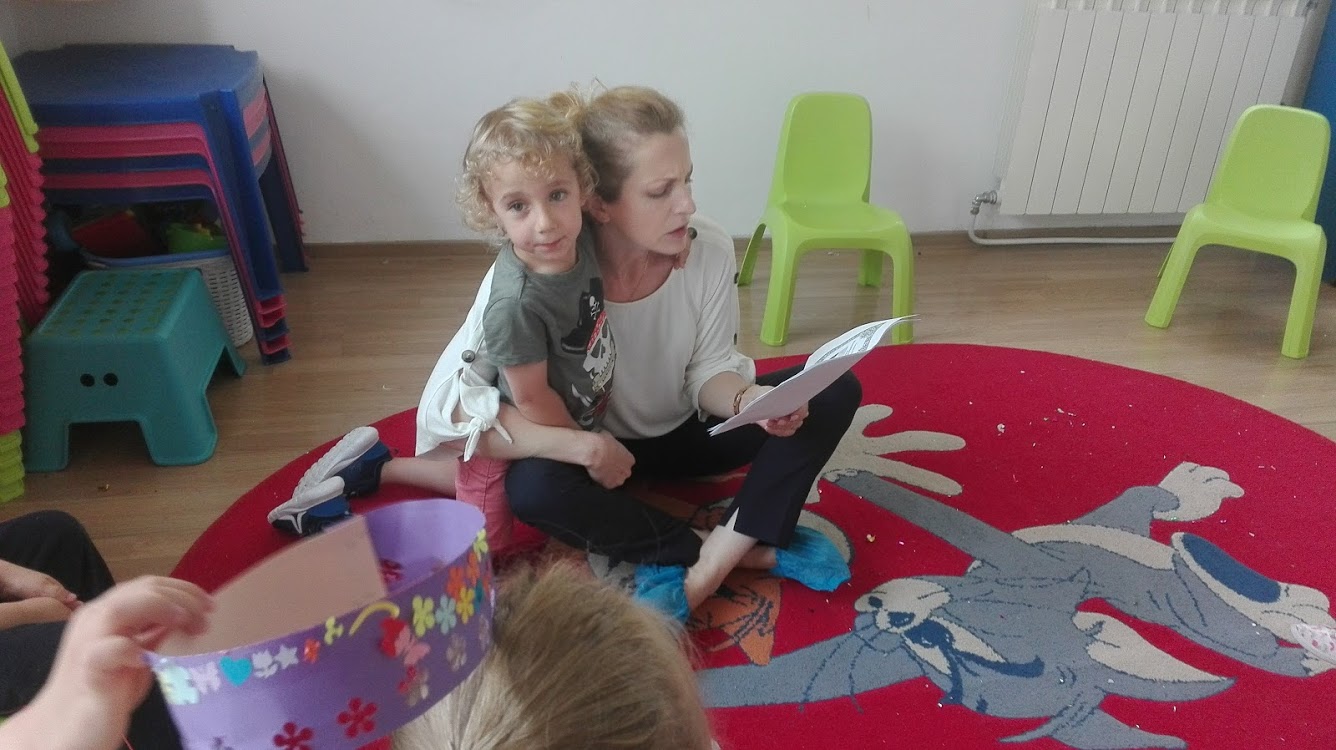 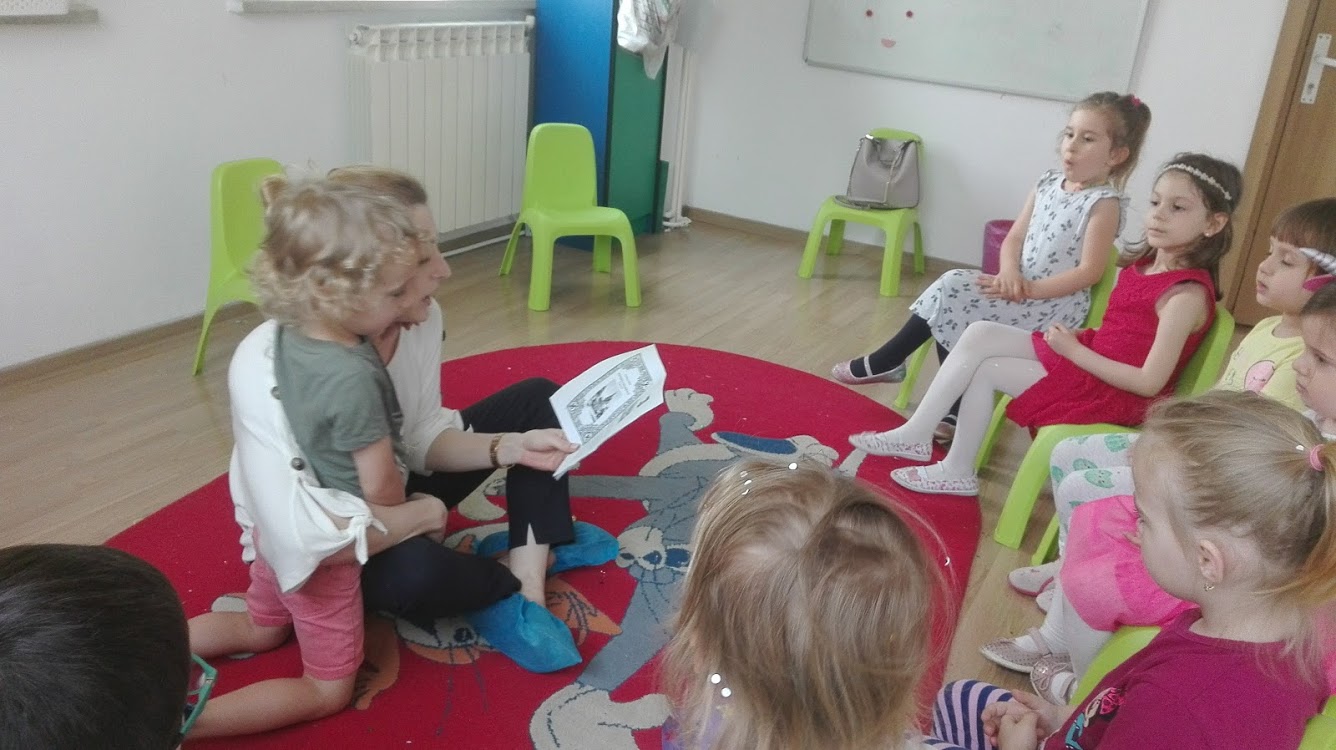 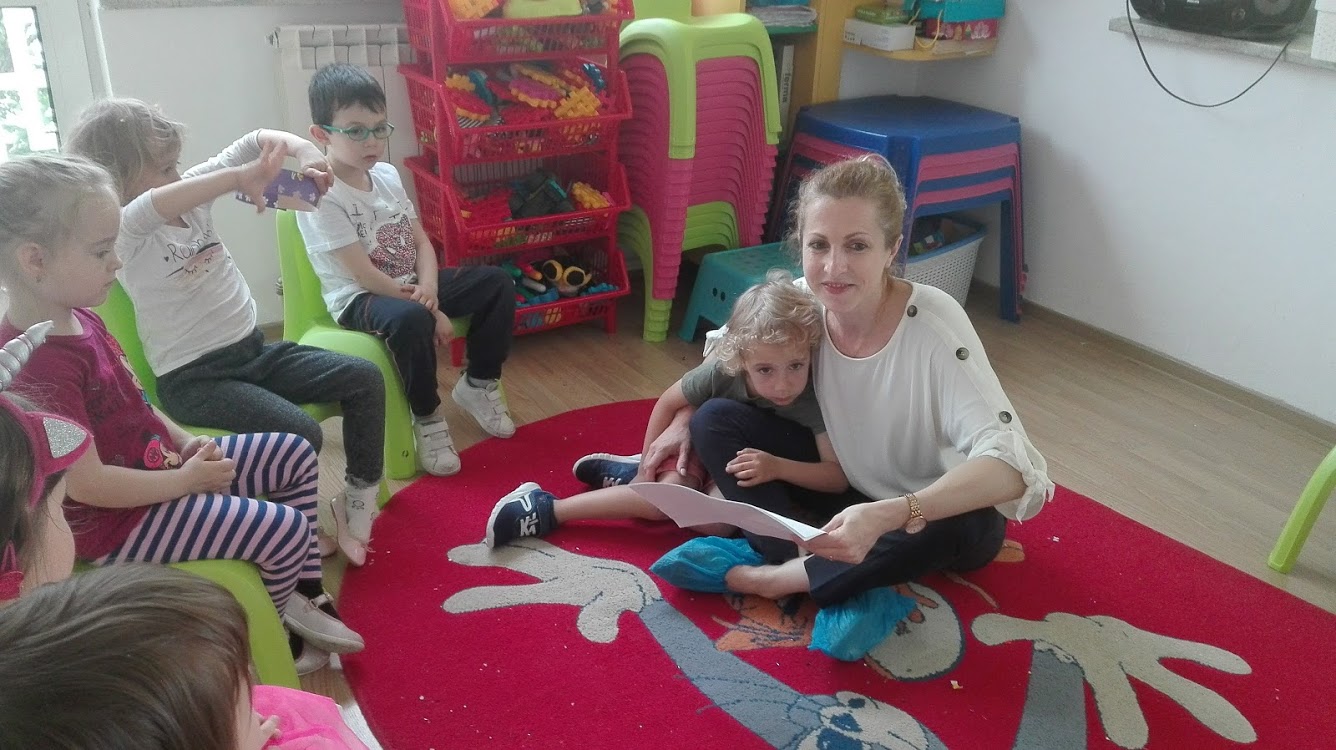 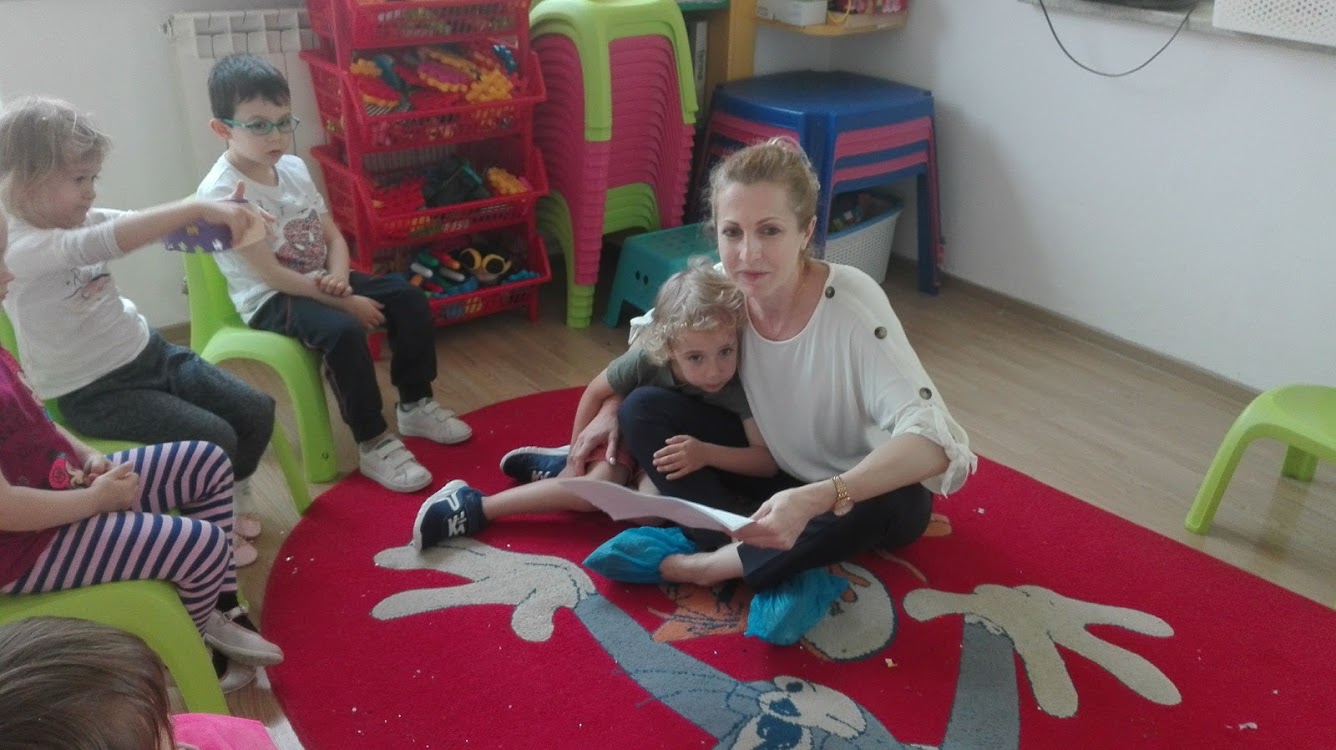 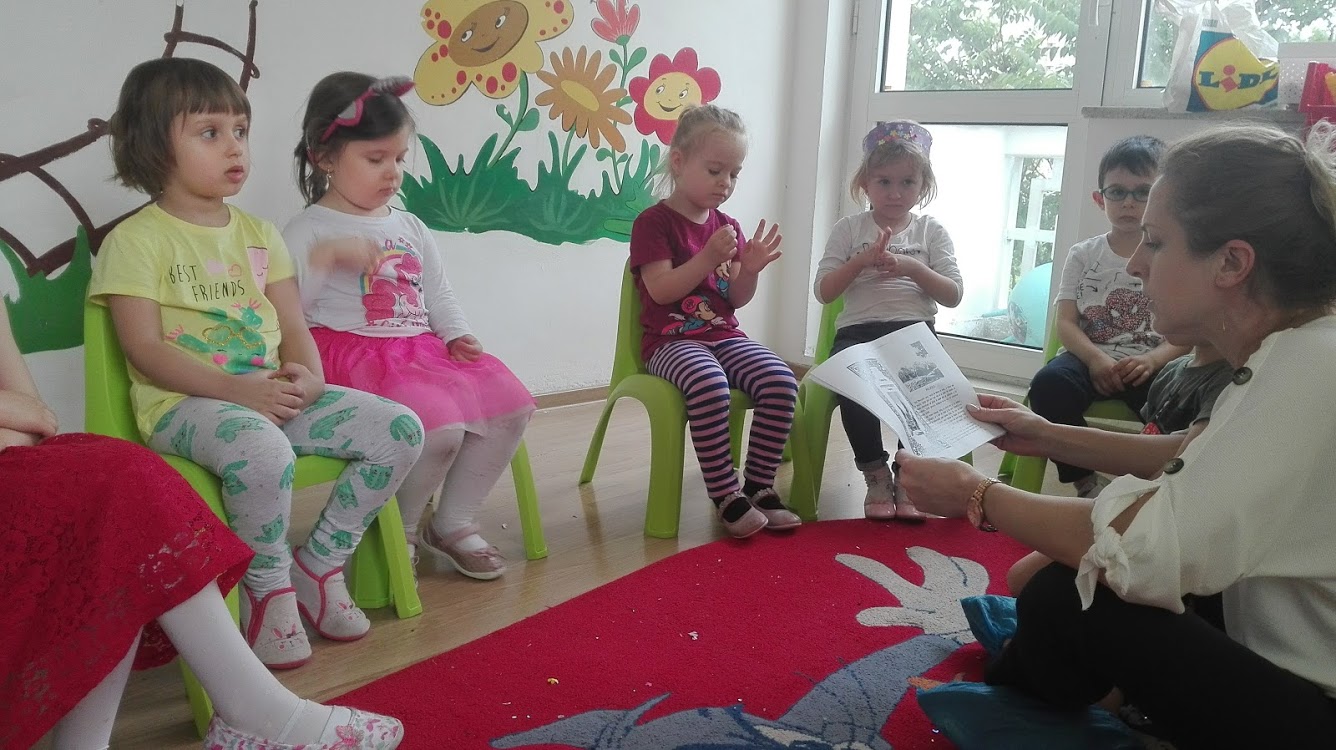 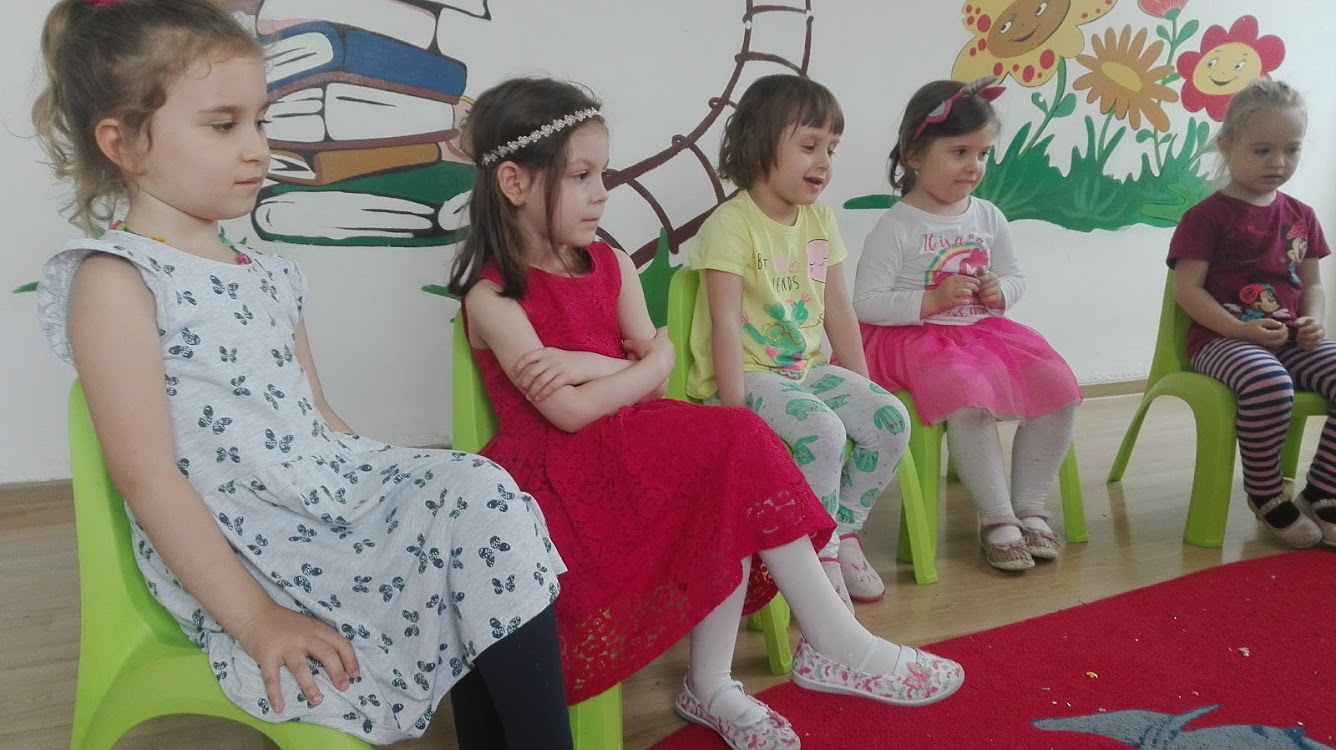 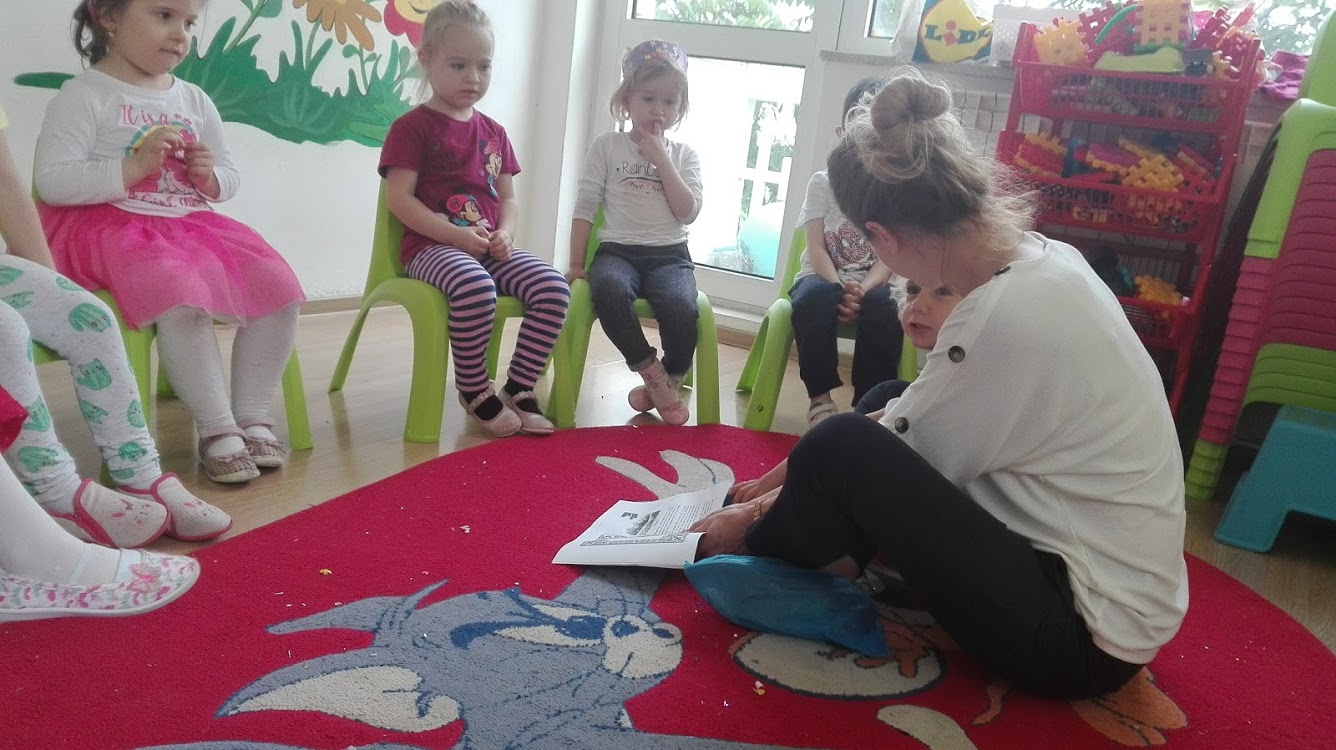 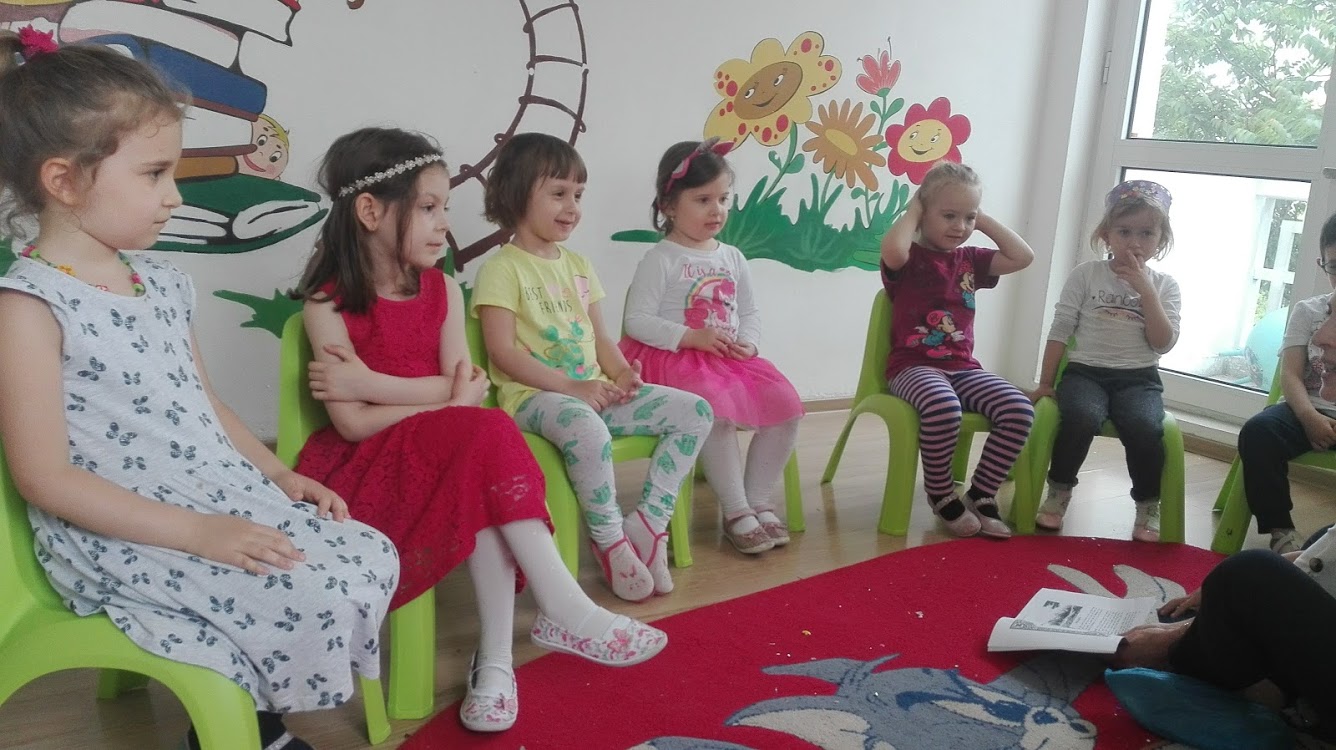 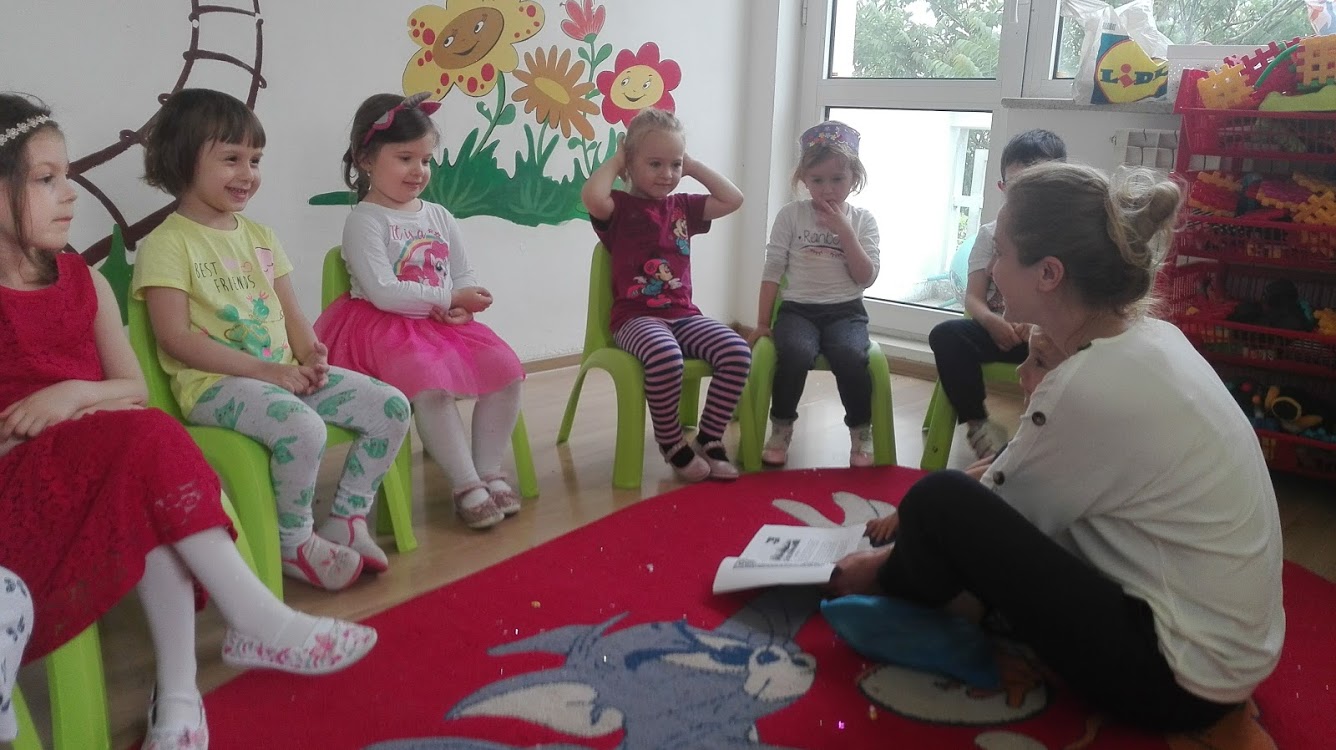 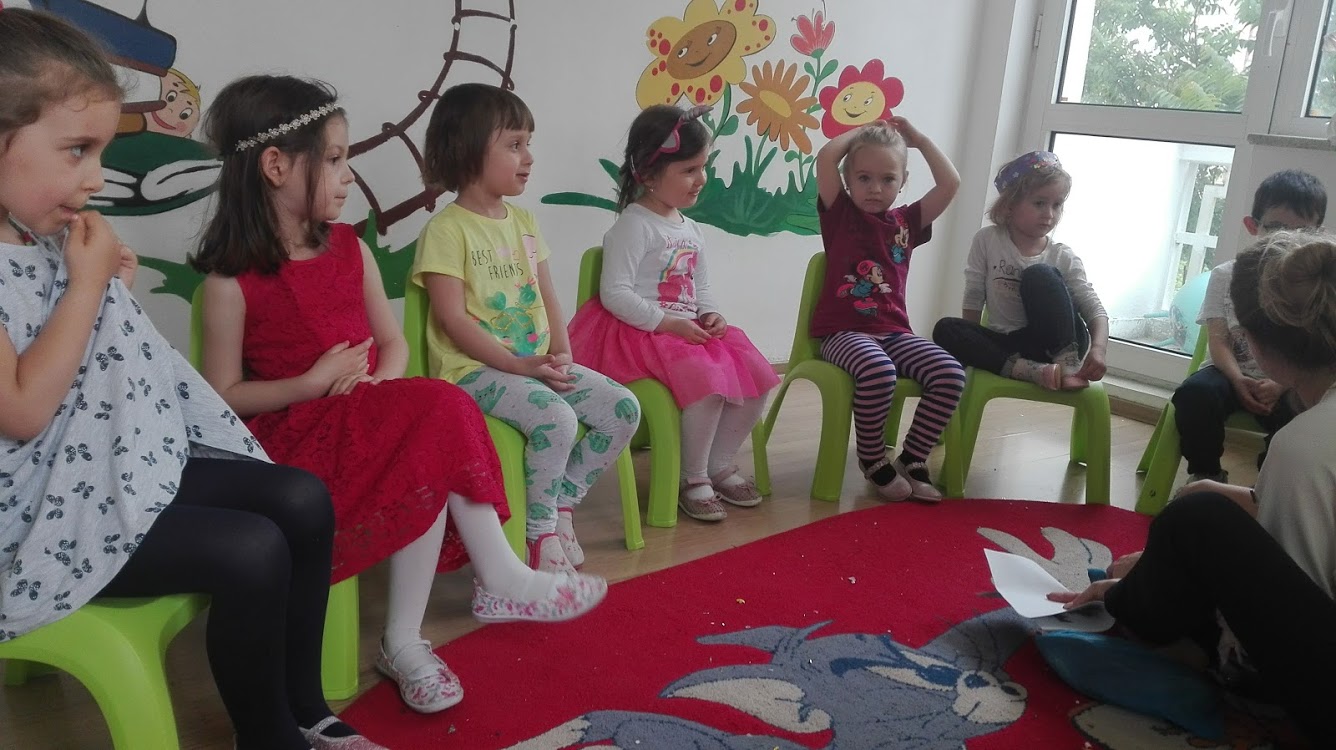 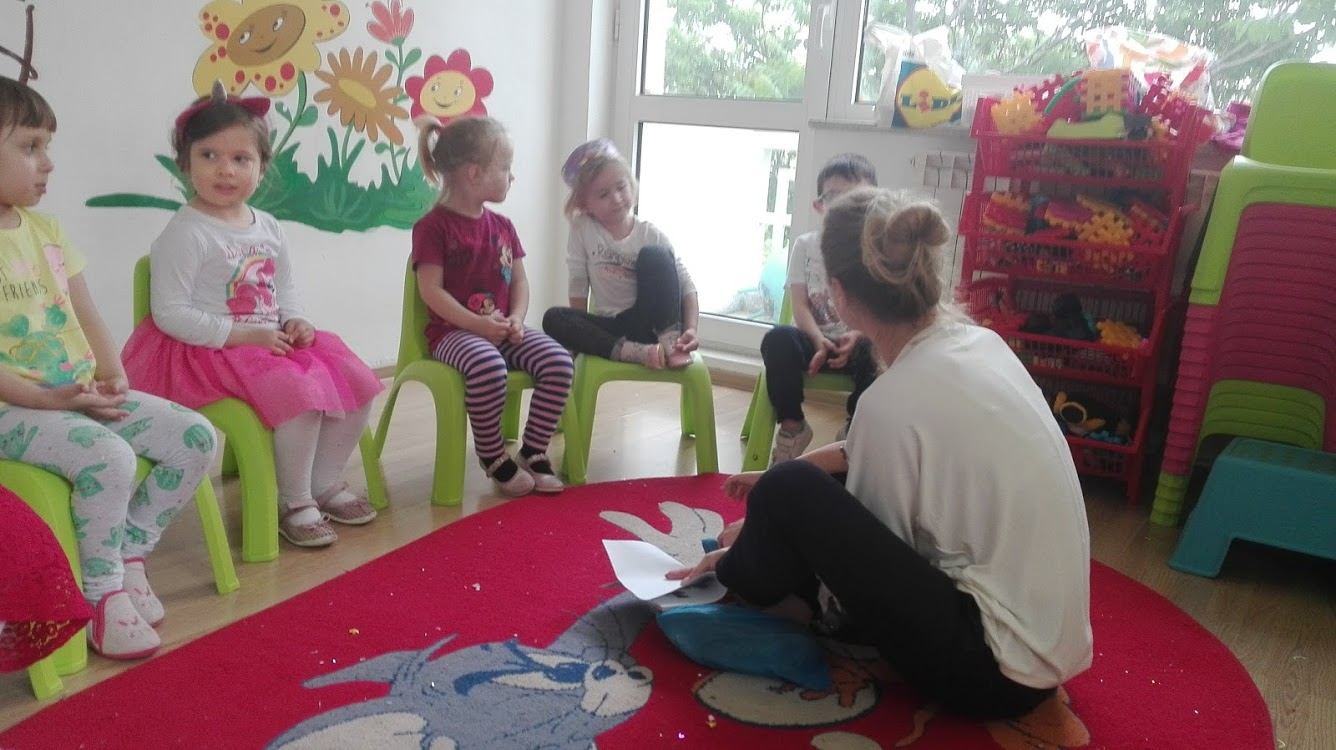 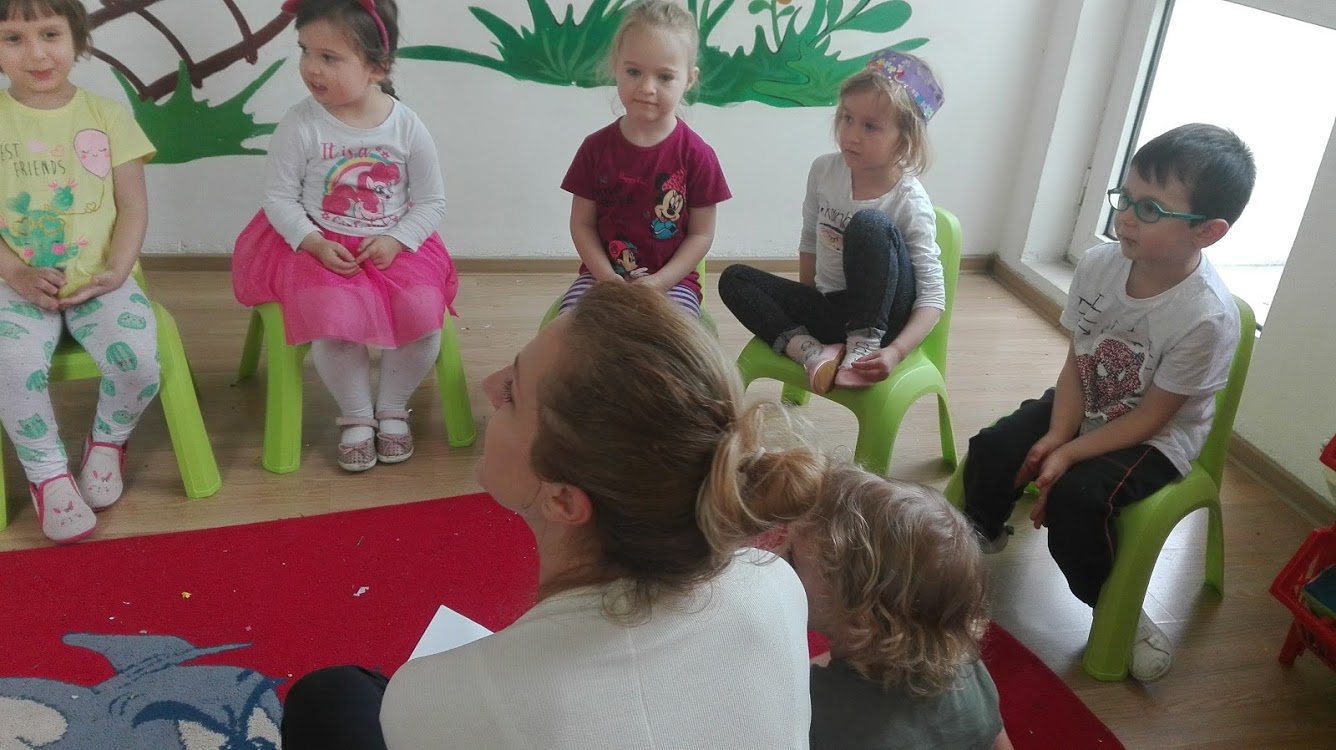 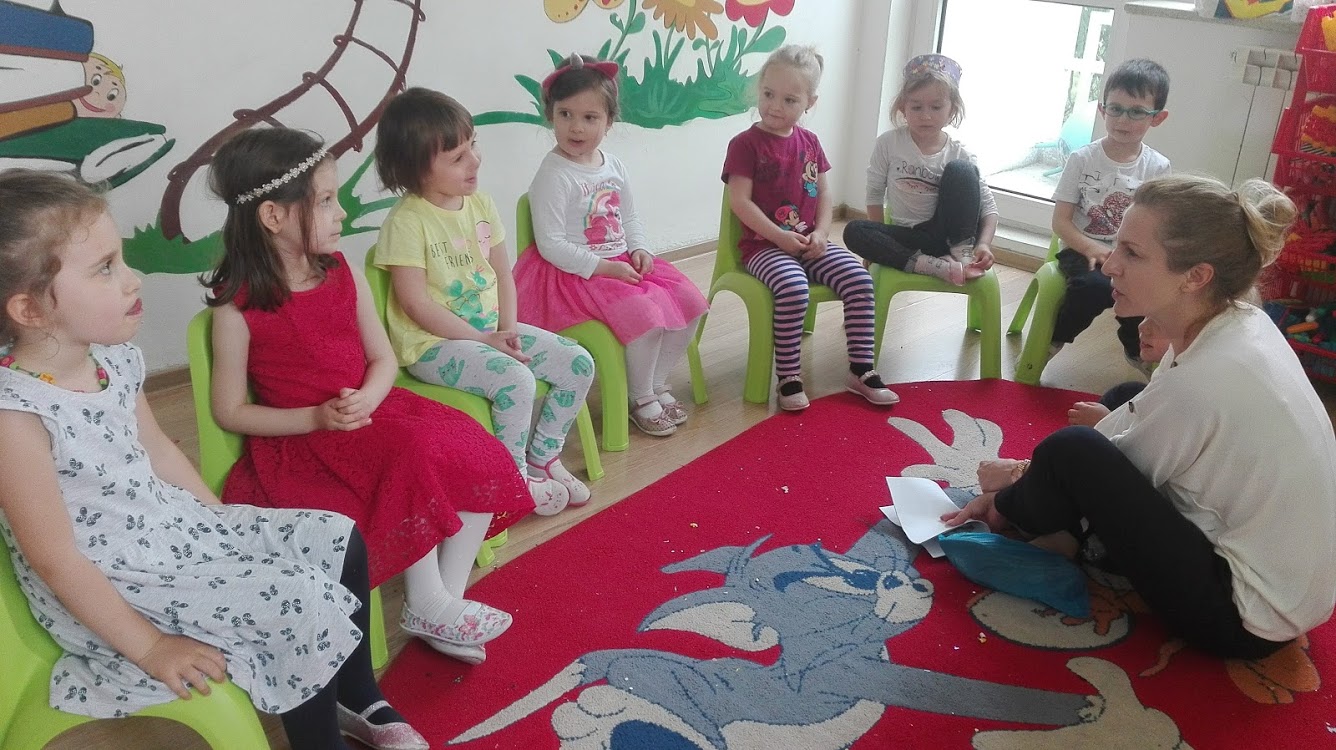