The legend of Dragoş Vodă or The founding of Moldova

Tale summary
Moldova is a region of Romania said to have been named after a voivode’s trustful dog. The voivode’s name was Dragoș and he had just gathered a small army to help his brethren who had been invaded by the Tatars. On their way, they encountered a fierce bison, whom they decided to hunt. They finally managed to capture and kill the animal, but not before Molda, the hound, chased the bison and got grievously wounded, losing her life in the process. Saddened by her death, Dragoș named the river where they had caught the bison Moldova, then went on and defeated the invaders.
Educational potential / Learning Outcomes
1. Get learners familiarized with the Romanian history;
2. Insert keywords related to cultural / religious / historical issues.
3. Introduce basic knowledge of patriotic values, love of country, religion, trust in God, faith, inheritance, devotion, and trust in the wise of the old.
The story aims at raising the learners’ awareness of the fact that one sometimes can lose, but he or she must never give up in the face of defeat; instead, one has to always look for answers and ask for the other’s help.
Full Plot
The legend of Dragoş Vodă or The founding of Moldova

There once lived a voivode named Dragoş, who lived in that part of Romania called Maramureş. He was a good householder and ruler, but also a skilled hunter. He liked to hunt bisons, bears, stags, wild boars and wolves.
The legend says that, while he was hunting, he heard that his brothers, the Romanians at the East of the Carpathian Mountains, on the valley of the Siret and Prut rivers, suffered much because they were robbed and slaughtered by the Tatars. The Tatars were then a group of people who lived only to go to war and pillaging others. It was well known that no one was better than they were at riding horses. They were riding like the wind. They were armed with curved swords called yataghans, their fast arrows flew from their bows like lightning bolts, and they always hit their targets. On their heads, they wore large hats made of sheepskin, and they defended themselves with round iron shields. The Tatar leader was called khan.
With his brave men from Maramureș, Dragoş crossed the mountains to the east to help his brethren fight the Tatars. In the middle of the mountains, in the way of Dragoș and his mighty men, came a bison or a wisent, much bigger than a bull, with sharp horns, thick neck, hard hooves, long black fur, bulging, fierce eyes and large nostrils.
The first to sense the beast was the dog Molda, the voivode’s beloved hound. And, having smelt him, she ran after the bison, barking loudly. And no matter how fierce the bison was, Dragoș hit it with an arrow and hit it with his spear. Wounded and bloody, the beast still fled through the dense forest. It even crossed a wide river; Molda chased it, trying hard to catch up to the beast, but the river was too deep and fast, so poor Molda drowned.
On their horses, Dragoș and his brave men crossed the river, struck the beast right between the horns and finally slayed the bison. Dragoș enjoyed this victory very much, but he was very sorry for the loss of his hound. In her loving memory, he named the killer river Moldova.
Then, Dragoş went on and helped the Romanians in the eastern part of the country fight off the invaders. When he returned victorious from battle, the Romanians appointed him voivode and asked him to lead that part of the country, which they named Moldova as well, after the river.
One Lesson Plan
Topic: Our lands – Moldova
Activity type: consolidation
Integrated activity: people and society / Language and communication
Aims: consolidate knowledge about Moldova; improve and use vocabulary
Objectives: to create a scale model of the region; to retell the legend in an original manner, following the original narration.
Warm-up: children will watch a video sequence of the legend.
Activity: for the first part (People and Society), children will create a scale model of the place where the legend is said to have taken place. The model will be created using recycled materials (cardboard, paper, plastic cups, plastic bottles etc.) After finishing the models, the children will be divided into two teams. The first team will complete the model by painting it using the required colors. The second team will create the models of the characters mentioned in the story, using recycled materials too (crepe paper, cotton, cloth, paper with faces printed on it etc.)
For the second part, the children will replay the legend. They will have the freedom to add or delete certain parts of the narration, thus developing their imagination and creativity.
The activity will end with a short discussion and the question (for the children) ”What do you think is the importance of these legends for us, today?” 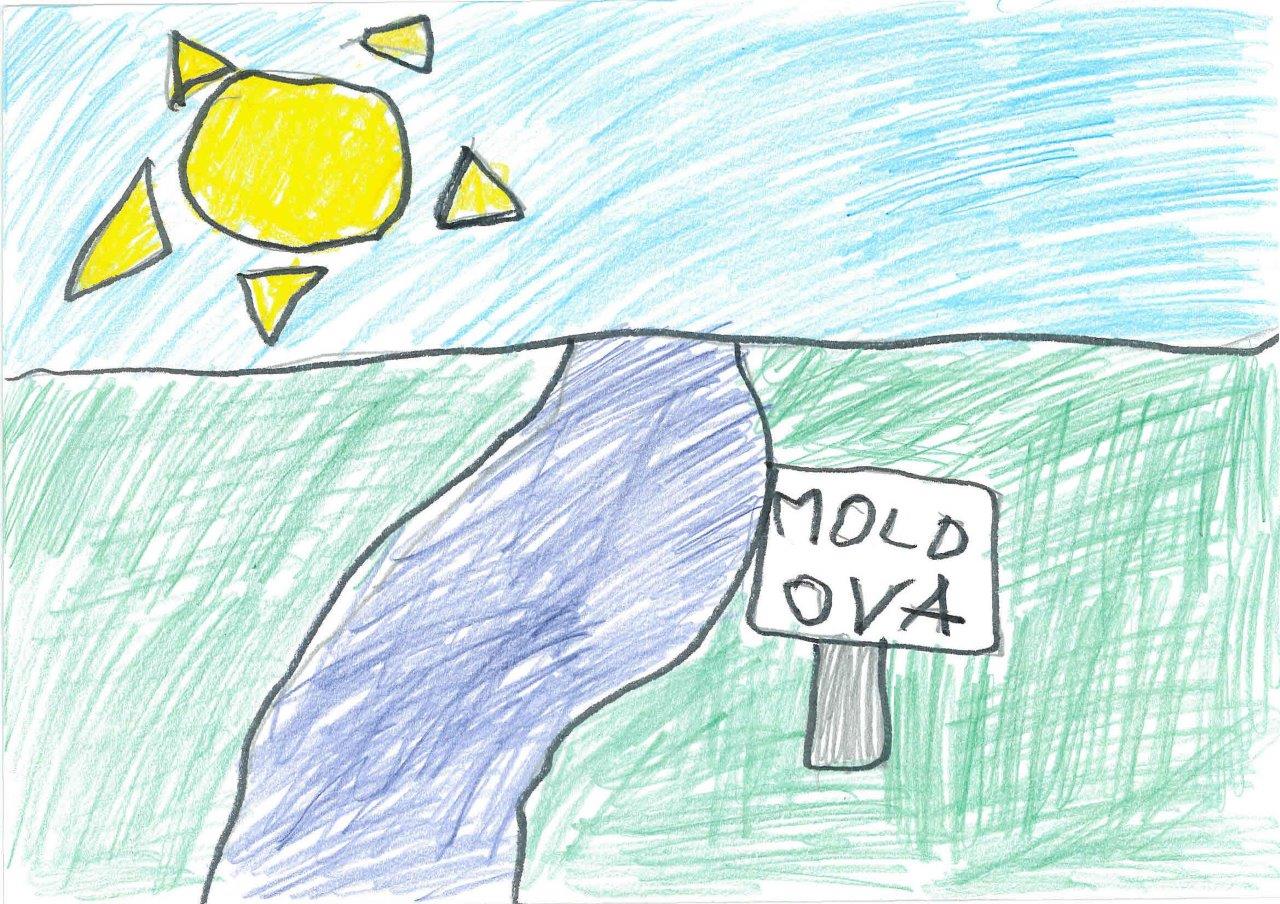 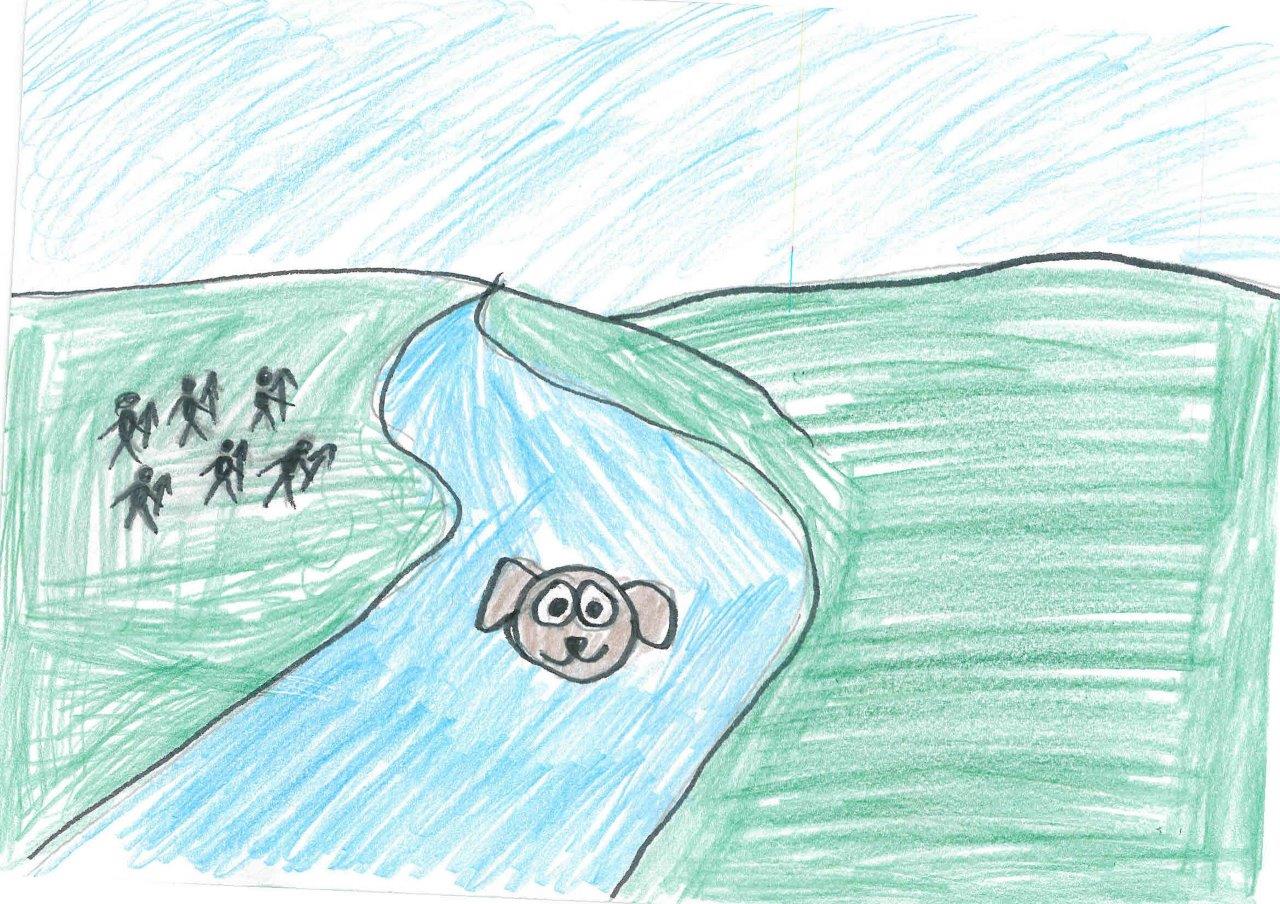 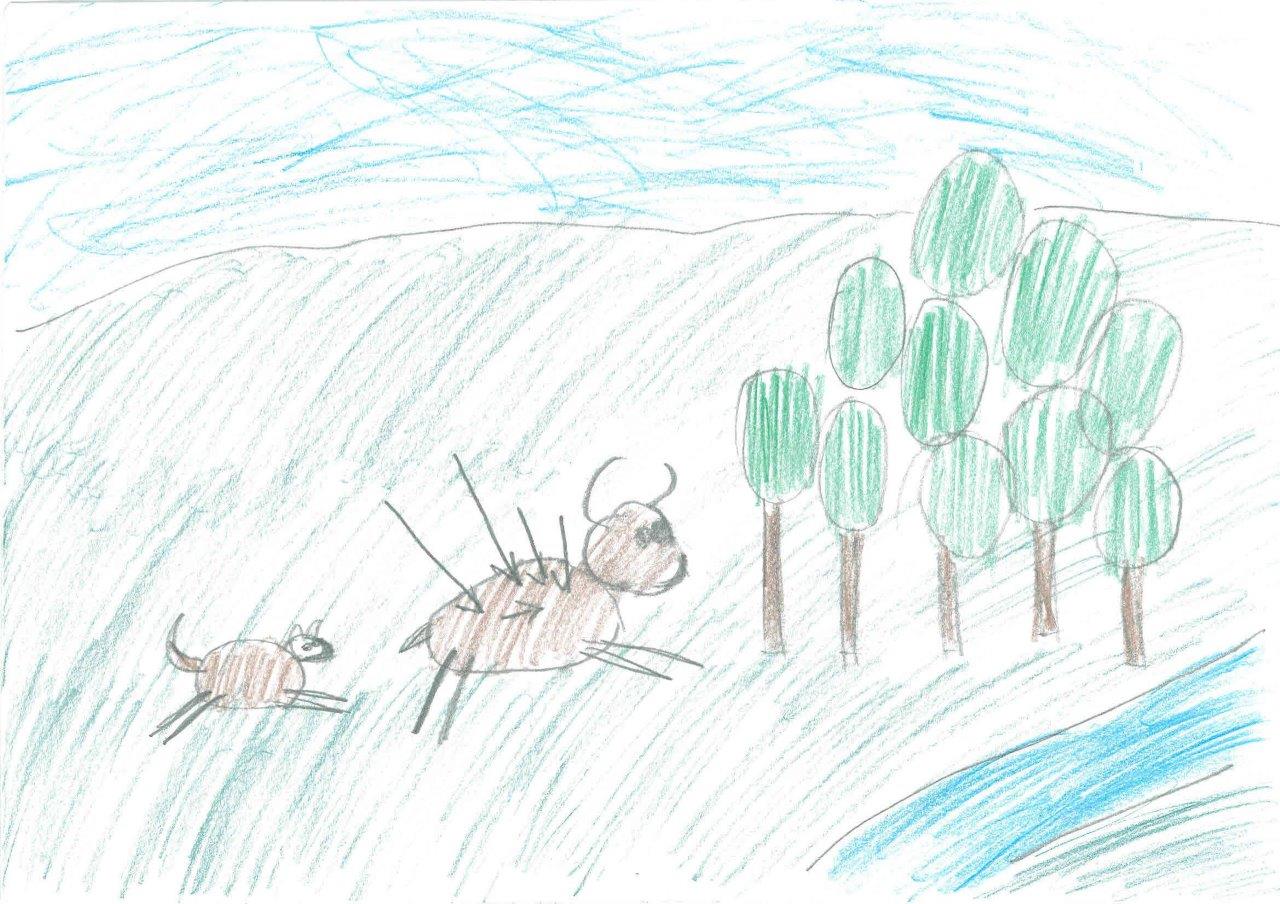 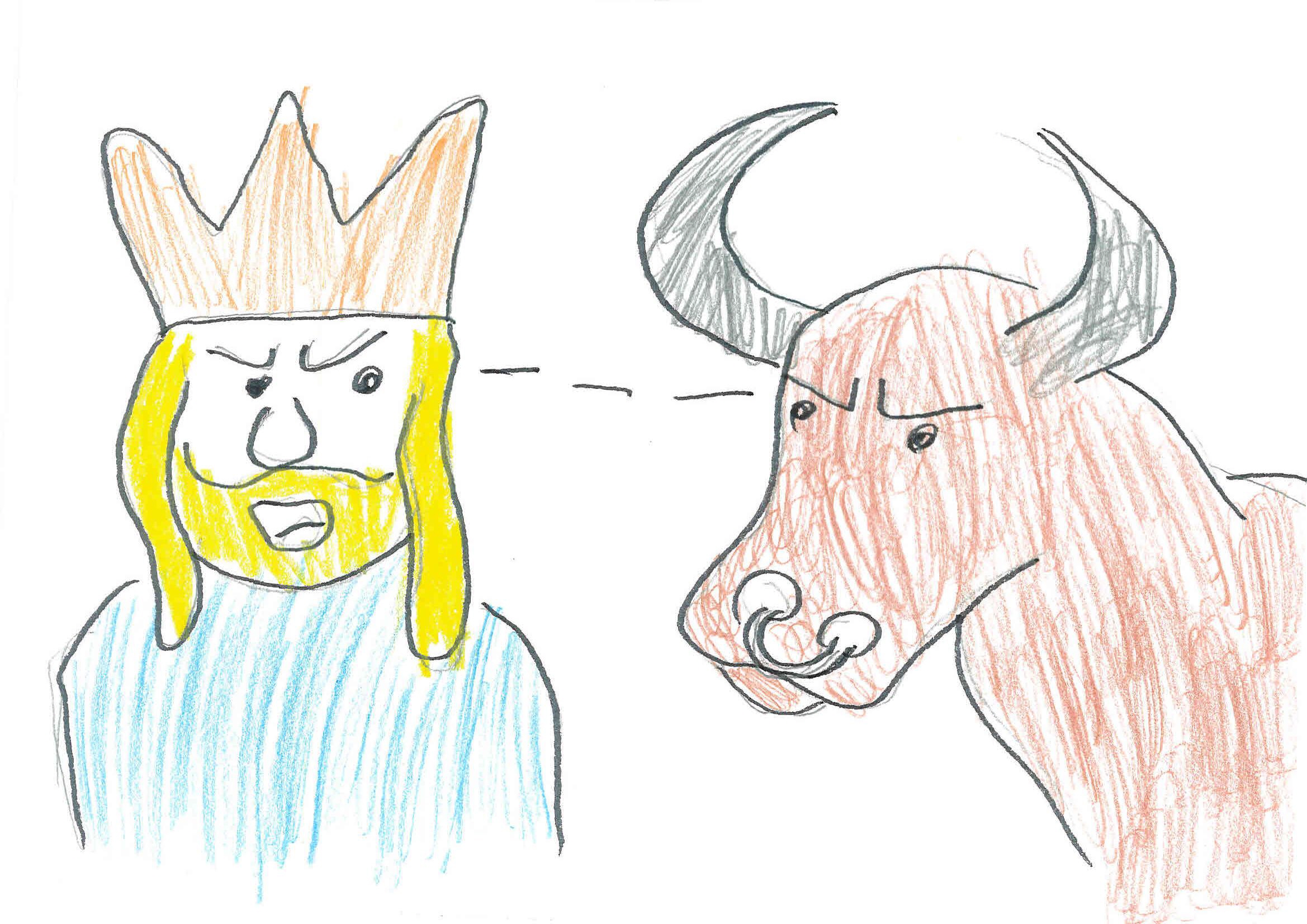 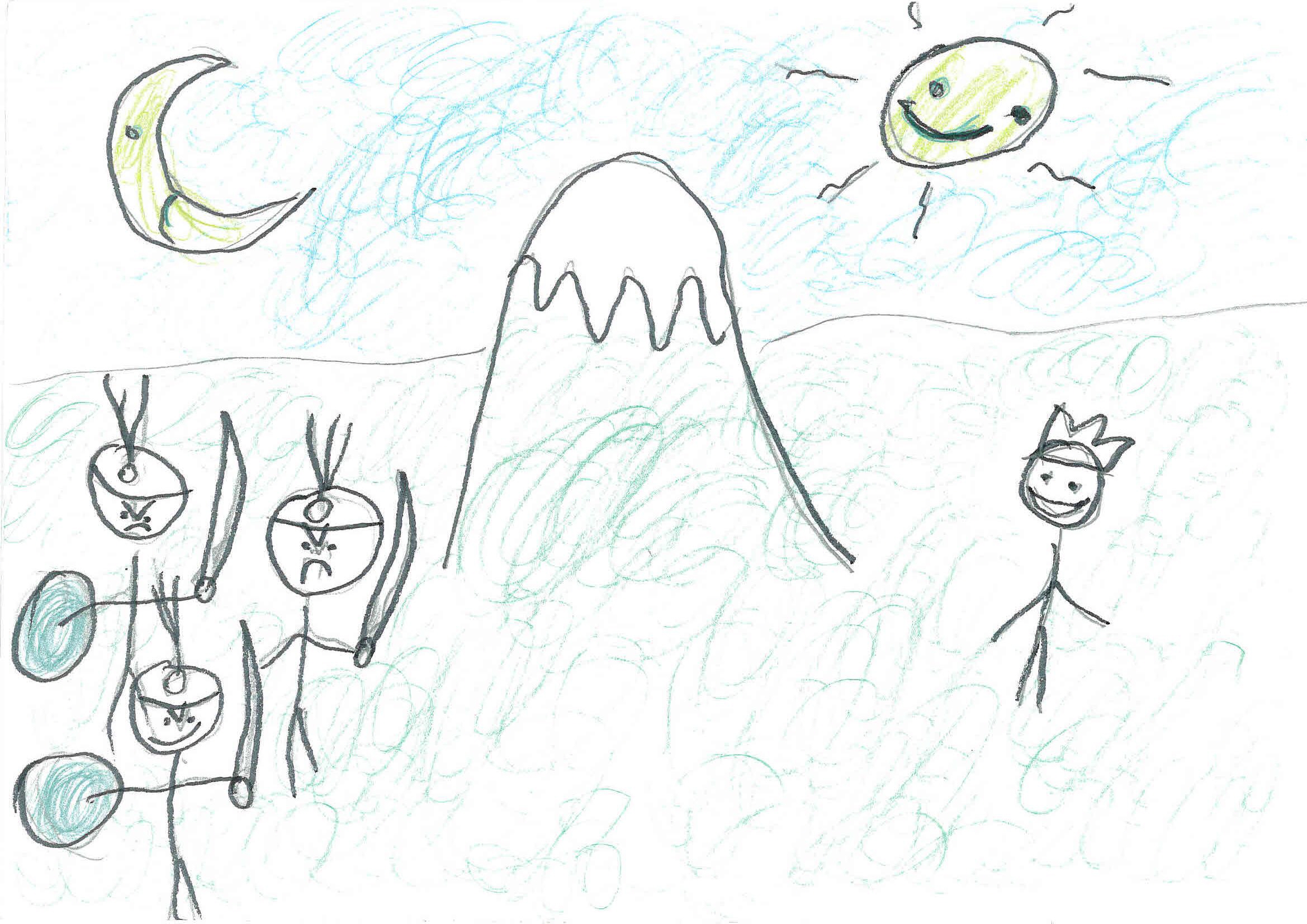 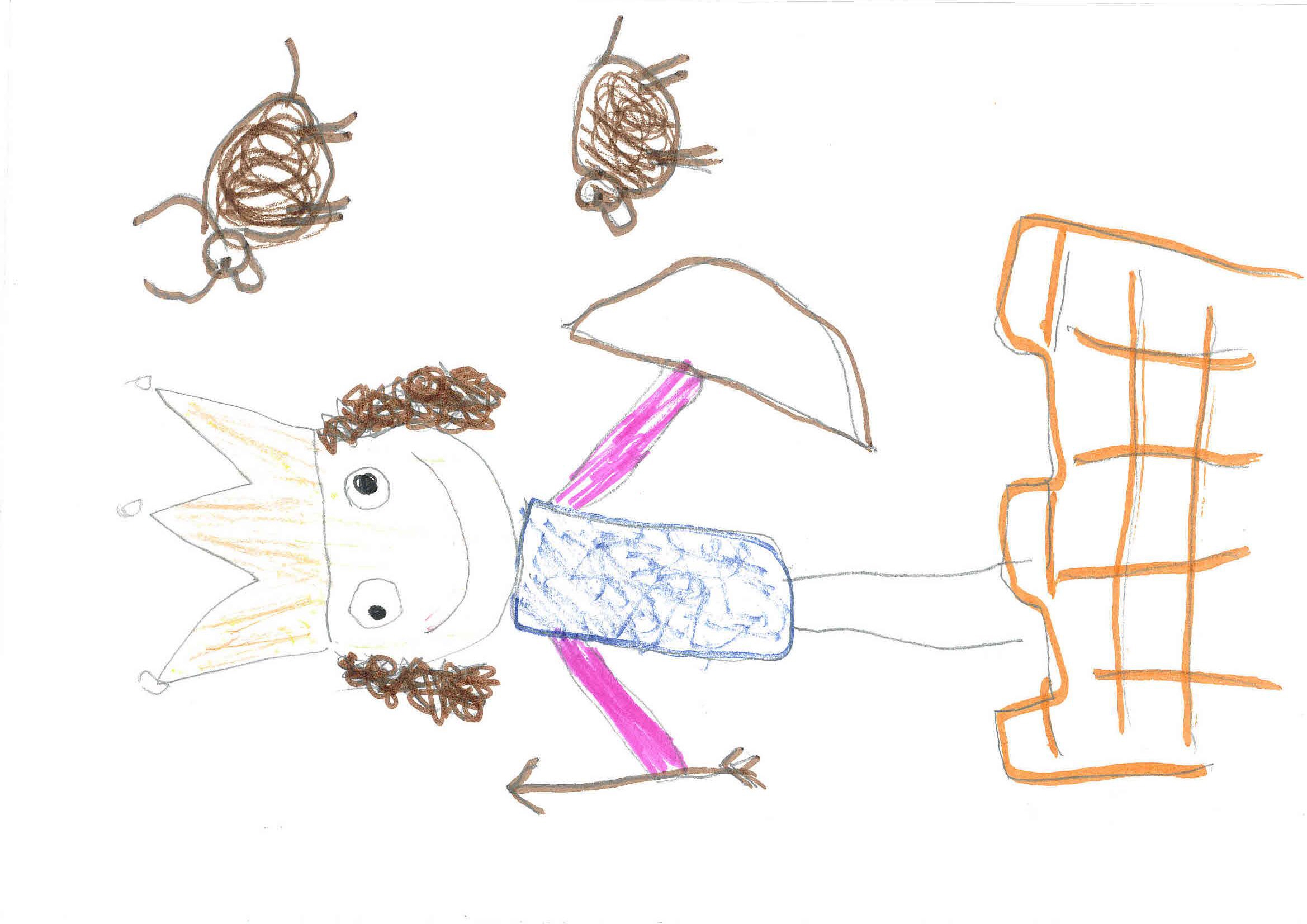 Molda
The short verison of the tale with focus on the Molda (the dog).