Why the bread was crying?

Tale summary
Children arrive to the forest, where they go berry-picking, have some rest and food. In the evening, they have to come back home, so they pack their belongings, but leave leftover bread, as they have enough of it at home. Abandoned bread is crying, so does the forest.
Educational potential / Learning Outcomes
Children understand why bread is crying. They learn how much effort it takes to make bread. They find out how much work should be put in, so bread can reach our stores. They get to know about bread baking traditions and history about how people used to bake bread in the old days. With the help of „Youtube“, children watch videos, from which they learn how bread is made, what kind of equipment, machines and ingredients are needed. Children enrich their knowledge about the diversity of bread and why eating rye bread is healthy. We expect that new knowledge about how much effort it takes to make bread, so it can reach us, will encourage children to save and consume it responsibly.
Full Plot
Although the forest was beautiful and nice, it was a bit gloomy.
However, as soon as a flock of children – boys and girls arrived, the forest cheered up, came to life and resounded with the laughter of children.
The forest started guffawing, singing, romping and playing together with them.
And children were also playing together with the forest, as they became friends very quickly. Both of them found their own sound, echo and laugher.
The forest opened its heart to children, was telling his stories and treating them to berries and wood sorrel.
When children berry-picked, sang, scampered, blew whistles to the satiety, their legs were tired.
When their legs were tired, children decided to snack.
When they decided to snack, children sat in the shadow of the trees, took out all the food they had and put it on the grass. Some of them were sitting, other were lying or crouching down – the lunch began.
Such beautiful and nice children.
After lunch, children scampered for a while, but the sunset was not so far away, which meant it’s time to go home.
The train made a hissing sound, it’s time to hurry up.
Children packed their belongings, even shredded newspapers as polluting the forest is bad.
Both, boys and girls rummaged once again through the grass to make sure that they didn’t leave their pocketknives or hairbrushes.
“Girls, take the bread”, shouted boys.
“We won’t take it”, replied girls.
“Leave it here. There is no space”.
“Leave it here. There is much more bread at home. No need to carry heavy burden”.
Children ran away and gathered to a train station.
The abandoned bread was laying on the grass, among bluish junipers, left to the mercy of fate, all alone.
Raven flew on the spot, where children were sitting.
Raven is pecking at the bread and laughing. Having pecked enough, laughing, raven flew away.
Rabbit came running, stamped its foot with happiness, gave a smirk with its cleft lip and burst into laughter.
What silly children! What little pests! Who leaves bread? Rabbit gnawed some bread and gamboled away through junipers.
It’s getting dark in the forest and the bread is left to the mercy of ravens. The bread felt pitiful and burst into tears. It got angry with children because they have no idea how difficult it is to become a bread, what effort and time it takes to make one.
The forest was listening to the cry of the bread and was deeply touched. The wind blew quietly and softly, and the forest began crying tearfully. As the wind blew stronger, the forest started to snivel.
And the bread knew it, so they both started crying in one voice.
But children didn’t know about that as at this time they were getting off the train, cheerfully looking for trolleys to get home, completely forgotten about an abandoned bread. There is a lot of bread at home, why grieve for the bread, which was left in the forest.
But the bread was crying in the forest.
And the forest was crying.

One Lesson Plan
The sampling scheme for one-class
The primary aims: Draw children's attention to bread-food products. To develop respect for the person, who grows the bread. Enhance children's vocabulary.
Tasks: Develop children's understanding of how long the bread path is. Instill love and respect for bread.

The conversation with children about bread. We view a loaf of bread. Teacher tells children that bread is one of the oldest meals. In the old days, it was really difficult to make one, which is why people used to treasure, respect and create stories about bread. Teacher tells story that is called „why bread was crying” and storyline being is discussed. Children are suggested to share their thoughts about what they would have done.

It takes a long time until bread reaches us, the view of „YouTube “materials. Discussions about how bread is baked, which equipment was used in the old days: sieve, kneading trough, baker's peel and etc. Discussion about what products we need in order to bake bread. Why eating rye bread is healthy? Children are suggested to guess riddles: who doesn‘t eat, but feed others (Bread). I am being beaten by wood sticks, burnt with fire, chopped with knife and everyone loves me. Who am I?

Children are suggested to learn some proverbs about bread. If you do not work in the summer, you will not have any bread in the winter. Other people‘s pies are tasty, but mother‘s rye bread is taster. Without bread one‘s will not be satiated. The bread does not just fall out of the sky, it needs to be earned. Discussing the meaning of proverbs.
Children are suggested to dance around in a circle and sign „Mikučiukas sowed rye„ song. Children are suggested to treat themselves to some bread. During creativity classes, children are suggested to draw characters, events or images from the story, which they have just heard.
We expect that in the future, children will treat bread with respect and remember how long the bread path is.
The theme is very explicit. If there is an opportunity, children could be taken to the story and the bakery or bake bread by themselves in the canteen. 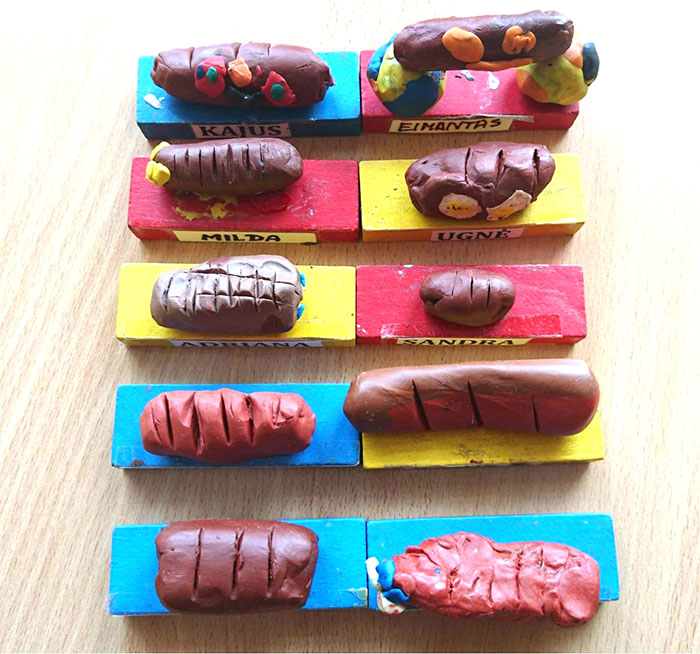 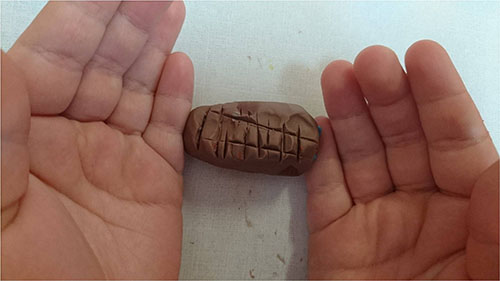 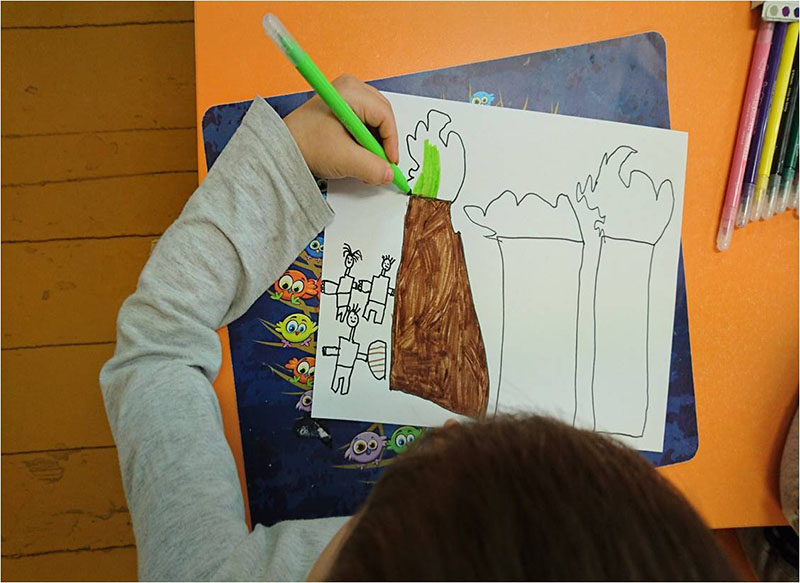 Children are drawing the illustrations for the story 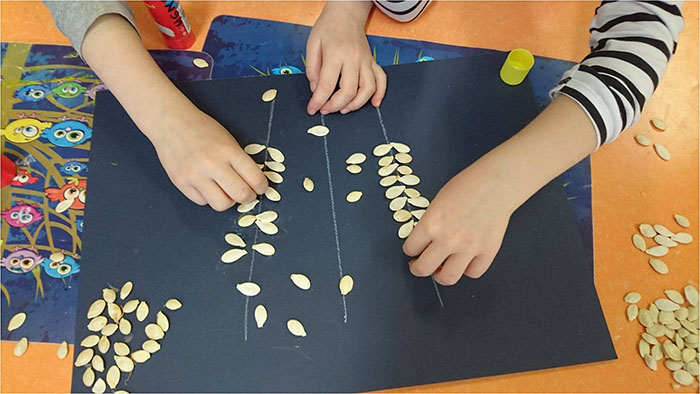